For almost a month, there are many users who have a Google Pixel, who have had to face a problem that seems to have done nothing but start. Google’s monthly security update , which referred to December, did not sit well with smartphones and since then the criticism for the on-screen bug continues.

As reported in forums and social networks, there are many who, after updating their mobiles, find that every time a new notification arrives on their smartphone, the screen goes completely black, preventing anything from being seen. This lasts a few seconds and then goes back to normal. It may not be worrying if we are not looking at the smartphone at the time, but if not. It has not been solved, it has worsened

Although many hoped that after the December security patch the solution would arrive, it has not been the case, the situation continues. The Reddit thread where many commented on the problem has continued to grow, as new users have begun to encounter the same thing. Complaints have also been published on Twitter, causing it to be something more serious and widespread. 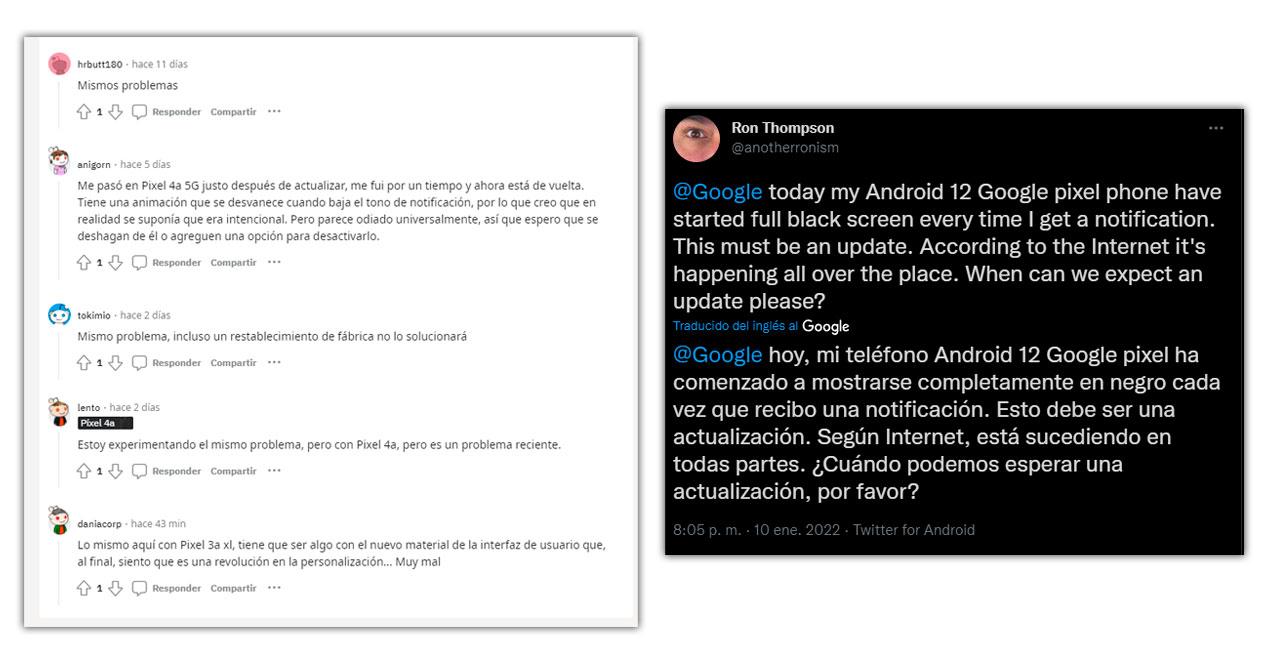 At first, the Google Pixel 6 were the main affected, but little by little those who have a Pixel 5 were also seen. Among those affected we even see some Google Pixel 4a or Google Pixel 3. Which means that the bug affects or may end up affecting all those who have Android 12 and the latest security patch, the only common pattern. It is not known if this has been caused by a bad execution of the code or what is the reason, because for now Google has not communicated anything in this regard. This makes the optional Android 12L update that is offered to all Google Pixels even more fearful, but which could contain more bugs. 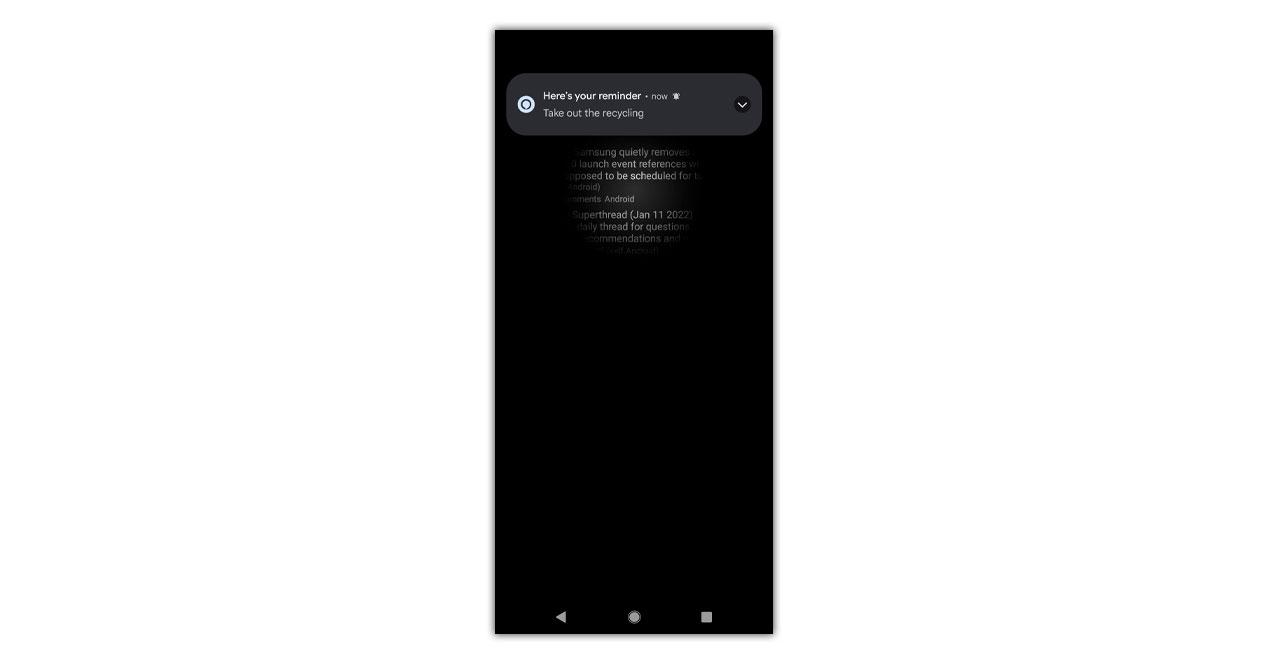 To find out if we are one of those affected, we just have to take our smartphone, unlock it and ask a friend or family member to send us a WhatsApp or Telegram message. If while we have the screen on, something similar to the screenshot that we share with you is shown, where the Google Pixel turns black , we are one of those affected. If, on the contrary, this is not the case, congratulations, you are freeing yourself for the moment and it would be convenient to avoid updating the latest security patch, at least for a while.

Can we do something to fix it?

Although several processes have been tried to fix it, they have rarely had an effect. Only some have managed to forget it in a simple but effective way. The only thing they have done is turn off the mobile and leave it off for a few minutes, and then turn it on again. We don’t know if the weather will affect it, which we would say it won’t, but it doesn’t hurt to try if we have the problem.

Until Google takes action on the matter, we can only recommend the same or reset the smartphone as standard. There are users who do not have this error and, like so many other times, it could be preceded by an accumulation of errors in the system. By resetting the mobile we clean it and Android 12 should stop giving us this error. To do this, you must first take out the photos and files that you want to lose, and then make a backup copy and go to Settings> System> Recovery options and finally click on Return to factory settings (delete everything).