Surely you have ever seen how people have been able to record an accident while driving, and although you may have thought that they had recorded it at that moment while holding the phone, the truth is that it was thanks to installing a Dash Cam in your car . Luckily, if you have an old cell phone left over at home and you don’t know what to do with it, it’s time to start using it as a camera for your vehicle.

The truth is that we will need to take into account a series of aspects, such as the simple fact of knowing its legality in Spain. And not only that, but we will have to know where to place it, since if we do it in the wrong way we could get a traffic fine from the DGT. Therefore, these will be all the points that you should keep in mind when using a phone like Dash Cam. Is it legal in Spain?

We find that the use of the Dash Cam in other countries inside the car is not only legal, but is even mandatory by the Government of that region, and all in order to avoid possible insurance fraud, among other issues. . In the specific case of Spain, carrying a camera on the dashboard is allowed. Of course, as long as it is placed in such a way that it does not reduce the visibility of the driver of the car. Otherwise, you could be subject to a fine .

To this previous one, we must add another possible infraction, which will be even worse. Specifically, this sanction would be related to the fact of touching this device while driving, that is, if for any reason we had to relocate it or press a button on the camera or try to reach it by hand, the action could be reported. . 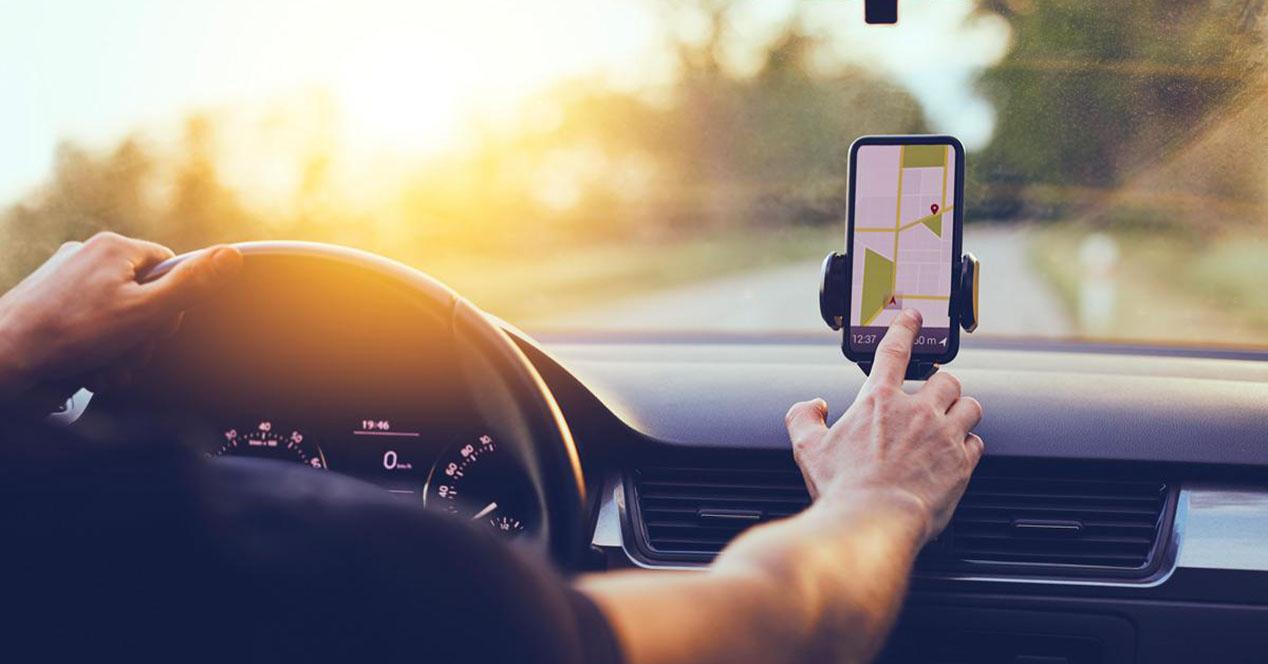 And not only do we have to bear in mind these last two aspects, but also the Data Protection Law (LOPD), since we have to know that any recording of people or any information that allows us to determine their identity, such as a face or a license plate a vehicle, we would be committing a crime. In addition to the fact that this action is attributed solely to the Security Forces and Bodies, that is, they are the only ones that have this competence.

Therefore, a camera can be used in a car, but it will have to be for private use and cannot be shared on the network , since we would be violating the privacy of the people who appear in the videos. Although these images can be used at different times, such as in the event that we have an accident. On the other hand, those license plates or people that appear must appear completely blurred. In addition to the fact that the device should always point to the road and not to other places on public roads, such as sidewalks.

The apps you need

If you have an old phone in your possession that you want to take advantage of, since you haven’t used it for a long time, these apps will turn it into a surveillance camera for your car. To achieve this, we bring you some of the best applications so that you can perfectly transform it into a Dash Cam.

This first application will be a good option, although it is only available on Google Play , so you will need to have an Android mobile to download it. With this third-party software tool we will have a free variant that offers us the possibility of recording video in different sizes, in addition to being able to record acceleration, latitude and speed. It will even allow us to limit the space that the different recordings that are stored in the phone’s memory can occupy. 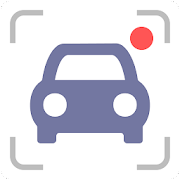 The second of the applications that we recommend is AutoBoy . In this case, we are dealing with a simpler application, which allows us to record on video the entire journey from when we start the car until we stop, as long as the smartphone is connected to a power source so that it does not run out of battery. In addition, it will let us configure the recording cycle, as well as a function that will delete the video files. And in this case, we will also find it only in the Google app store. 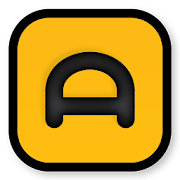 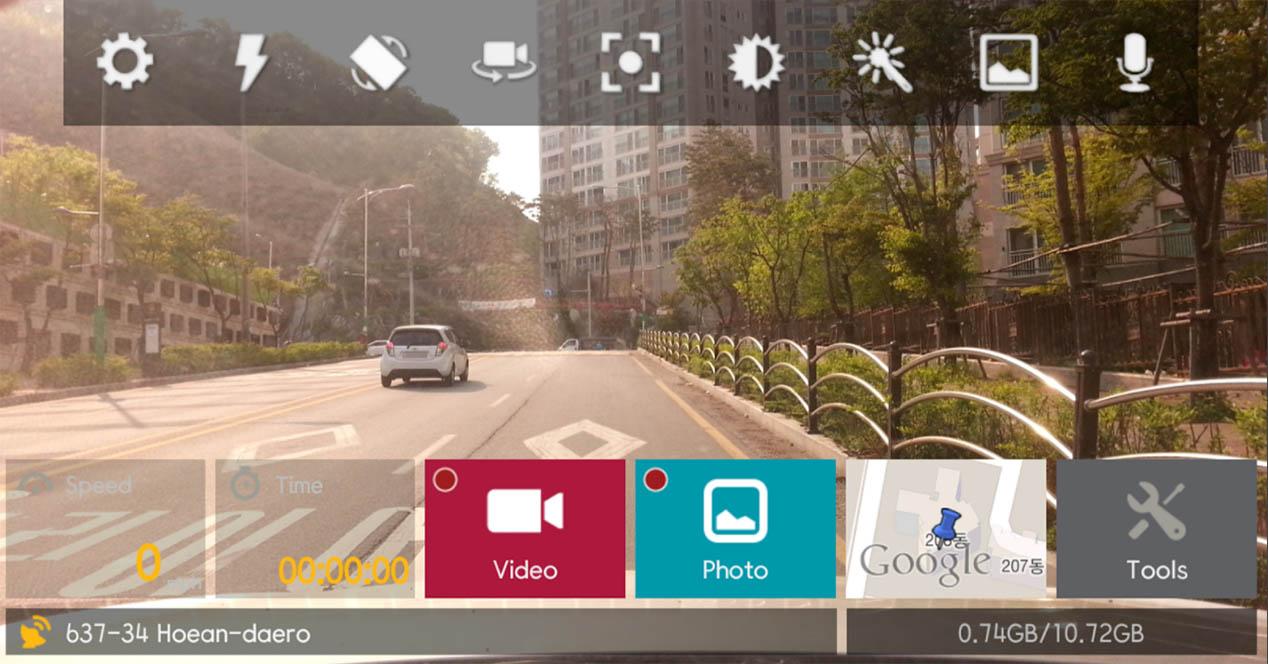 Dashcam – Car Crash Recorder is an excellent app for recording driving videos that will allow us to record clips in a loop , but best of all, when it detects an impact or hard braking, it will save the exact minute in which it happened. automatic. Well, by law, we will not be able to store all the images that our mobile phone records as a car camera. However, this option is only available on the App Store:

In order to place the phone as a camera inside the vehicle, we will not only need to have the appropriate software, but it will also be more than necessary to have the optimal accessory to put the smartphone in the car. For this, we bring you two options.

The best thing about this first accessory is that we can place it in different parts of the vehicle, both on the dashboard of our car and on the window itself. Although later we will see where we will have to place it so that we are not fined. This Uvertoop option is priced at 19.99 euros , but it is a good buy as it is compatible with smartphones from 4 to 7 inches. In addition, the support will allow us to rotate up or down 270 degrees to find the perfect angle. And it will be installed easily as it adheres thanks to its strong suction cup. 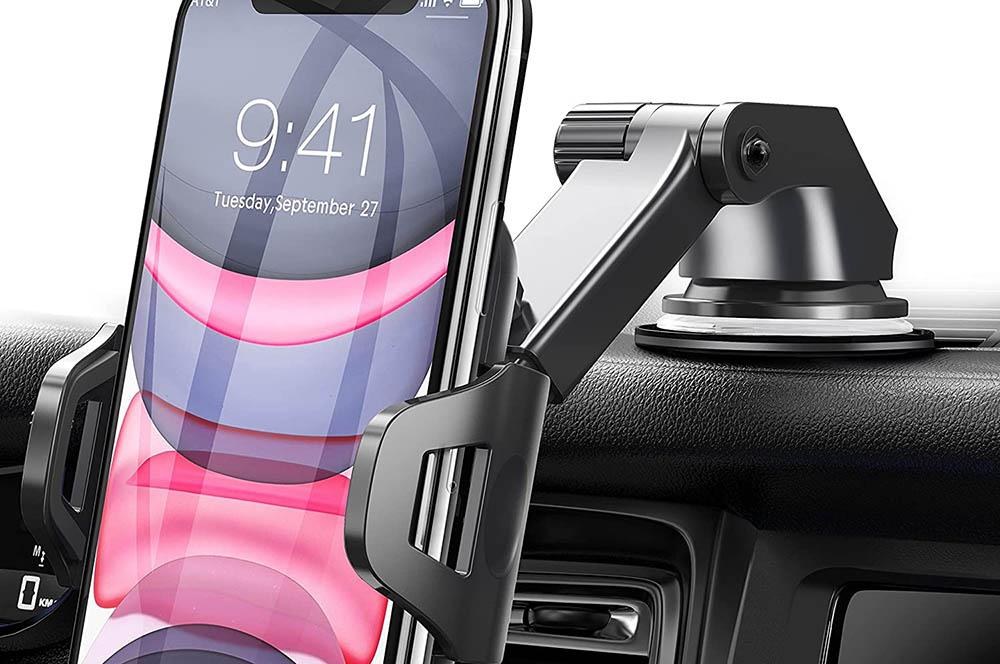 In order to use the smartphone as a Dash Cam, it will also be necessary to have a support that allows us to keep our mobile stationary during a trip. More than anything because we will need the recording to be as stable as possible. This Wolffilms brand option is not bad either, it will also cost us less, since it has a price of 10.99 euros. And as in the previous case, it has a suction cup to adhere the support to the windshield of the vehicle, but this time it will be possible to rotate the support 360 degrees to record the video. This accessory is compatible with smartphones up to 6 inches. 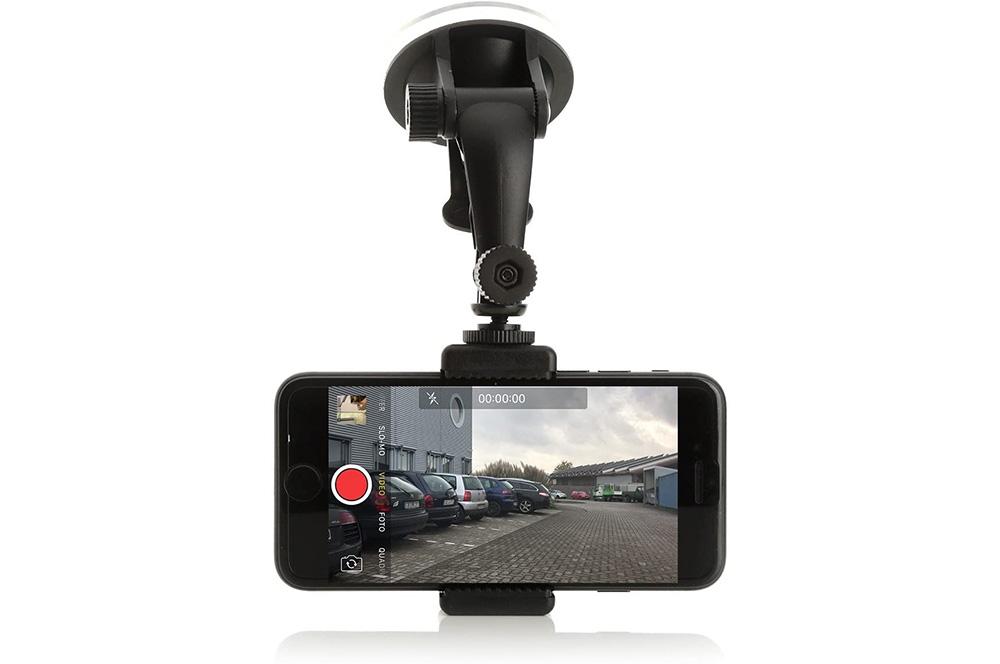 How to place it

After knowing what apps and supports we will need, we can move on to placing our phone as a sensor in our vehicle. However, we have to know that it cannot record continuously. In addition, we would only have access to said images in the event that we had had an accident or had been a witness. In addition, we must place a label on the car window indicating that we have a camera inside the vehicle.

Keep in mind that for the phone to be always active, it will be essential that it does not run out of battery, so you will need to have a case with a battery or connect it directly to the vehicle’s cigarette lighter or USB so that it is continuously charging every time we start the car. .

Then it’s time to move on to placing the Dash Cam inside the car . The first thing will be to fit the mobile in the support (one of the two previous options can help you), then we will have to adjust this accessory with a telephone on the dashboard of the car or even on the front window. However, it has to be in an area that does not take away our visibility when driving, basically because they could fine us if that is the case. Finally, open one of the applications that we have left you. From now on, you will already have a camera in your vehicle, and without being sanctioned.