It is quite clear that, for some years now, mechanical keyboards are here to stay in the PC industry, and even more so when we talk about gaming. However, these keyboards often have longer key travel and require more effort to press their keys, which is why low-profile keyboards have proliferated in the industry lately. However, when it comes to typing, is it true that with a low profile keyboard you will gain speed? Is it faster to type with this type of keyboard? Let’s see it. 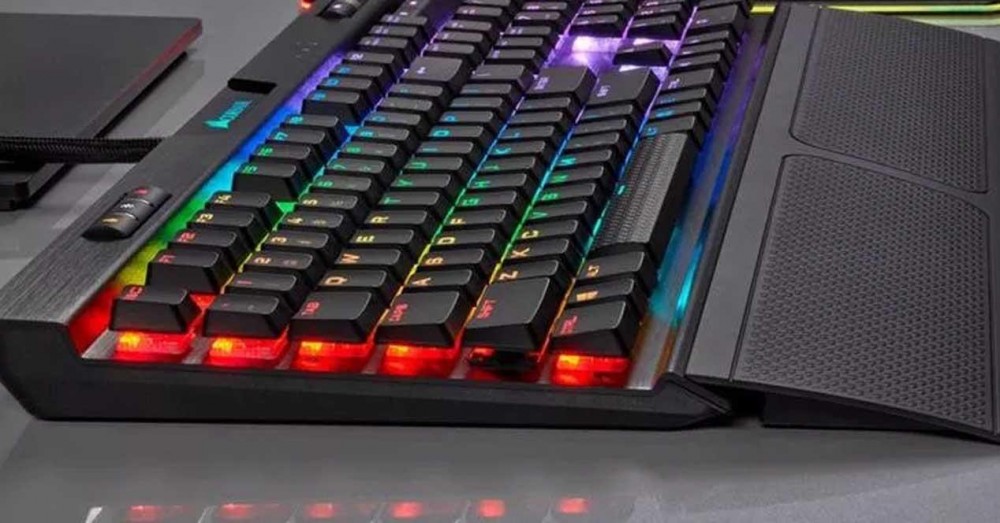 The original mechanical switches had no less than 4mm of travel and 2mm to their actuation point, having to exert 50 grams of force to press them. But of course, over time these switches have evolved a lot, and relatively recently low-profile switches have proliferated, reducing not only the effort to press but the path that must be taken for activation, in some cases even reducing this. just 0.8mm. But does this imply that you will type faster with them?

Does the typing speed depend on the keyboard?

Before we start to elucidate about the types of mechanism or with which keyboard you can type faster, the first thing we must do is differentiate between the speed of typing to write and the speed of the pulsations. And it is that it is not the same to “pound” the Q, W, E and R keys while playing League of Legends, than to write a text with the keyboard: for the former, the speed of the switches greatly influences, as well as their travel, but for the second not so much. 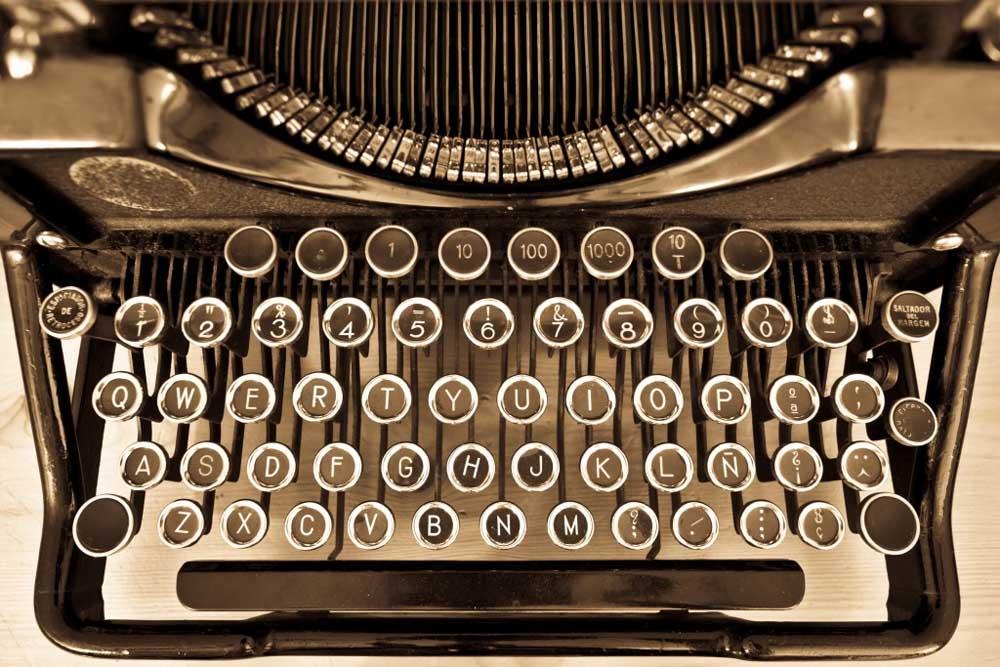 We have the proof of this in keyboard typing speed records, such as the Guinness record held by Barbara Blackburn since 2005 and who managed to write 212 words per minute with a simple DVORAK keyboard, or the (unofficial) record of the era before the PC, held by Stella Pajunas-Garnand since 1946 with 216 words per minute, on a typewriter!

This goes to show that it literally doesn’t matter what keyboard you have, what matters when it comes to having a good typing speed is the skill of the person. However, we have given some extreme examples (these people type on the keyboard faster than a normal person speaks), and most of us are not capable of typing at such speeds. In our case, the type of keyboard can influence the typing speed, and we will explain it to you immediately with empirical examples.

Low profile or not, what’s your keyboard speed?

To show you a practical example of typing speed, we have carried out a test ourselves using the free tool 10 Fast Fingers . In this, we have 60 seconds to write the words that appear on the screen as fast as we can, and both the words per minute and the keystrokes and mistakes are taken into account.

For this, a server has carried out several tests. You should know that I have never done any typing course, and my skill is based entirely on many years of experience typing with PC keyboards, so it’s not like I have the speed of a professional, but rather something like what you could have any experienced PC user.

The first test has been carried out using a CORSAIR K70 M.2 keyboard with Cherry MX Red switches, linear actuation and representing the “standard” in mechanical keyboards, with the following result. 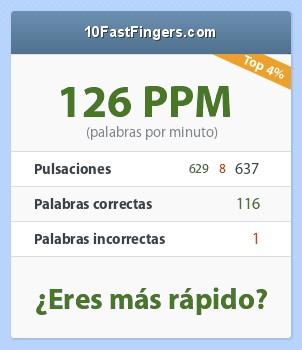 As you can see, with this keyboard I have achieved 126 words per minute with 637 keystrokes in 60 seconds, although it is true that I was wrong 8 times and I misspelled one word. Now let’s see what happens with a CORSAIR K70 MK.2 Rapidfire LP keyboard, a keyboard with Cherry MX Speed Low Profile switches that are low profile and have higher speed thanks to a much lower trigger point. 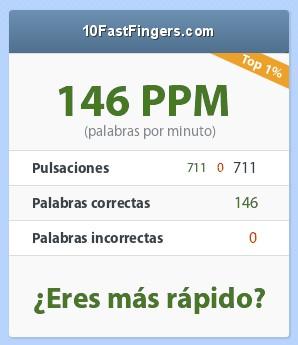 In this second test I have managed to considerably increase my speed, being able to type 20 more words in a minute and, furthermore, all of them correct. Is a low profile keyboard therefore faster? According to this test it is so, but I also have to confess one thing: I have carried out this test with the keyboard that I am used to and that I have been using for more than two years, so custom , habit and practice have also influenced considerably on the success of the test.

Therefore, and this conclusion is already based on personal experience, a low-profile keyboard can help you write faster, and above all, suffer less fatigue after long typing sessions, but in the end, what is good for you To get faster at typing is practice and experience above all else.