Yesterday the new iPhone 13 and its entire range, which is getting bigger and bigger, were put on sale in Spain, at least in stores. As usual, Apple deliberately hides certain data from its phones in the presentation, and we have to wait a few days, just when they go on sale, to really know what they contain. Apple phones for some reason that we cannot understand have always officially hidden important information about their mobiles, such as the RAM memory they have or the capacity of their battery. Well, now we finally know some of these details.

As we say, to know certain details of Apple phones, we have no choice but to wait for the teardown, these are basically a disassembly of the phones , to check what are the components that they have inside. This mobile has been disassembled to find out interesting details about the phone, which Apple has not wanted to detail. On this occasion we have learned for example that the battery of this phone, the largest and most advanced in the range, has a 3095mAh battery , higher than the 2815mAh that its predecessor had. This capacity is almost half of what its competitors offer in the high and even medium range of Android. 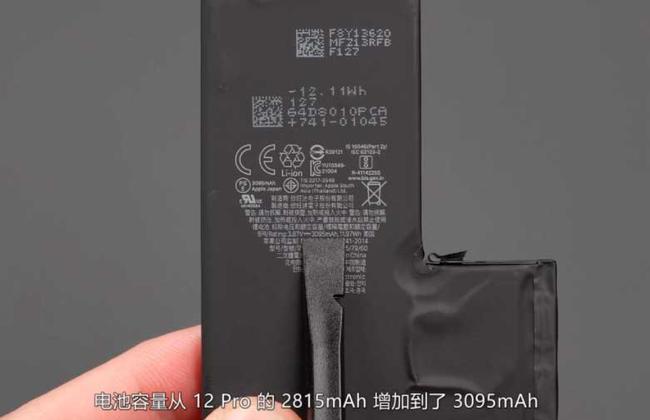 Another highlight that has been revealed this time is the 5G modem that the phone uses. And from what has been known when disassembling it, it is a Qualcomm X60 . We also now know that the screen of this phone, which offers a refresh rate of up to 120hz, is from Samsung, something that has always seemed most curious to us, being its main opponent in the mobile market. The RAM is also from Samsung, and in this case the amount has not been specified either, although it is speculated that it is 4GB.

Why is Apple hiding this data?

It is something that we have been wondering since the iPhone exists, and there is no official explanation either. But basically Apple avoids the competition of numbers in these aspects, especially when we talk about the amount of RAM and battery . 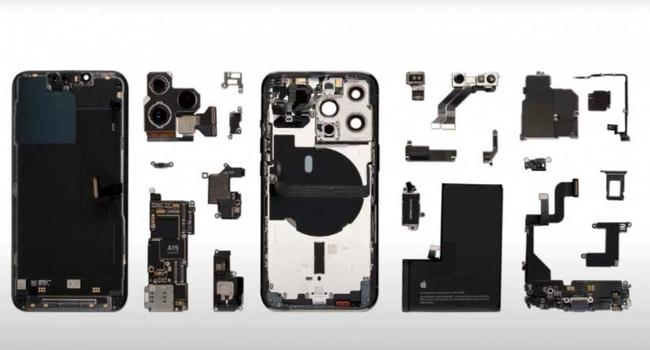 Surely from Apple they consider this information little necessary, when the performance of their phones has little to do with that of an Android mobile, especially because they have a different operating system. The reality is that these Apple mobiles need less RAM or battery to perform the same as the top of the Android range, and that is enough. Entering a war of numbers that will always lose with Android phones is something that does not interest those of Cupertino.