Face ID is an interesting unlocking system, but many iPhone users know that Touch ID is much more efficient on a day-to-day basis and especially convenient in these times that we use the mask so much. Therefore, after seeing the new iPad Air, Apple no longer has any excuse for not offering a Touch ID iPhone 12. 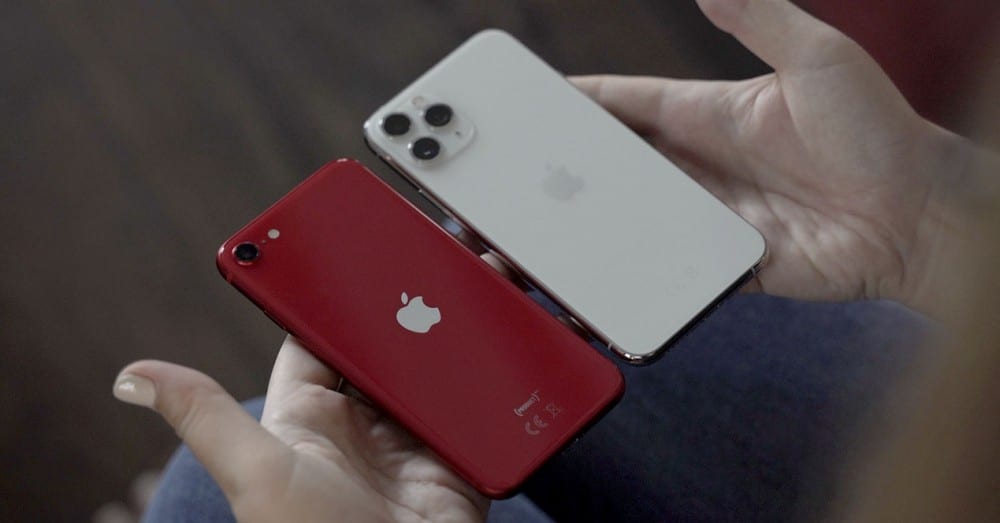 The latest Apple keynote not only brought new Apple Watch Series 6 and SE, new 8th generation iPad and a redesigned iPad Air that is so close to the Pro range, but also the idea that having a Phone 12 with Touch ID is not only possible but Apple has no real excuse not to include it. Why? Well, just apparently with the new Air.

When Face ID launched in 2017 with the iPhone X we all found it very striking. It was nothing really new to the idea, but it was in execution. Because Android devices already used facial recognition to unlock the terminal without having to touch any sensor with your finger or enter a code or pattern. The only thing Apple did new was give it a higher level of security with the use of different sensors.

As much as it allowed devices with a more used front and larger diagonal screens in the same space, there were users to whom Touch ID always seemed the best security and unlocking solution for day to day, especially in the iPhone. Something that was demonstrated with the iPhone SE. Although it kept those horrible frames in the middle of 2020, Touch ID made up for the user experience. And is that Apple itself refers to this system in the new iPad Air as fast, simple and safe .

However, the company was still determined to use Face ID and not only did it on the iPhone, but also on the iPad Pro. Partly with the excuse of all those extra options that it added, such as its usefulness for Memojis (ahem ahem), and also because it seemed that the idea was to offer Touch ID again when technology allowed it to be integrated under the screen. But, oh surprise! the new iPad Air integrates Touch ID into the power button.

Yes, Apple again takes an idea that manufacturers like Sony among others have been using for years and takes it to the new iPad Air to continue maintaining Touch ID instead of betting on Face ID. Which would have been the logical thing to do considering the redesign and that all-screen front. But why didn’t it, why didn’t it integrate Face ID?

In the first place and the most obvious thing is to be able to continue differentiating in part the Air model with the Pro range. Although seeing the new Apple A14 Bionic chip it is easy to think which is really the most Pro model at the moment. And secondly because surely which is also due to a cost issue. Having Face ID could have made the product more expensive.

iPhone 12 with Touch ID when you need it most

Currently and due to issues of the pandemic that we suffer from COVID-19, Touch ID is a much more agile and convenient option at this time. But the most important and interesting of all this is that the company itself has shown that not offering Touch ID in the next iPhone 12 would be ridiculous. Because they have technology (they would surely have it years ago) and with the new iPad Air it is shown that there is no excuse for not doing it.

So, they should surprise us and in the next event that will serve to present their new phones, give the user the possibility of using the unlocking system that is most convenient for them at all times. If you want to do it with Face ID and without touching any button, great. And if you want to take advantage of a physical button now that we usually go with masks or at other times of the year where the use of accessories such as sunglasses or outerwear prevents proper unlocking, then too.

Of course, Apple has no excuse for not offering Touch ID again on the iPhone . It would even be useful to eliminate the Notch that some consider as very annoying and have a larger screen. So we will see what happens, if we have a surprise in the new generation or we have to wait for the iPhone 13 so that they can “sell” it as a WOW.