If we think of an opponent of Apple’s iPhone, Samsung immediately comes to mind with its Galaxy. It is true that they are not the only competitors, but they are the ones who usually face the most. Today we face each company’s latest smartphone models: Apple’s iPhone 11 Pro and iPhone 11 Pro Max by Samsung and the Samsung Galaxy S20 + and Samsung Galaxy S20 Ultra by South Koreans. Who will win?

Apple and Samsung not only differ in their products, but also in the way and time to launch them. Apple rushes the calendar to the fullest and usually launches its star devices in the September or October meess, closer to the end of the year. Samsung for its part makes the releases in the first quarter of the year. This often makes us wonder if when comparing devices of both brands should compare only those of the same year. This time we see that the iPhone 11 Pro are devices of 2019, while the Samsung Galaxy S20 are already 2020. This a priori could place them in different positions, but the truth is that being the last devices launched by both brands do not You can do something else. In fact, the time difference between these devices is not as much as they are those of the ‘Note’ range, which are already launched in summer and would be the “closest” to the September iPhone.

It should be noted that we do not usually like comparisons on paper, since sometimes these are more than numbers and the devices have to be tested to give them greater context. It must also be said that in the end both devices have a different operating system and that will make them perform differently with certain components. That is, if an iPhone had the components of a Galaxy or vice versa, this does not guarantee that it will work the same. That said, and taking into account that many sections remain important, let’s see how these teams differ.

Design: either you love them or you hate them

Analyzing the first thing we see in the terminals, and possibly one of the most prominent sections, we start talking about the screen. Although it may seem an inconvenience, in both cases we find panels manufactured by Samsung. In fact Apple has been incorporating parts of this brand since the first OLED of the iPhone X. The range of components of South Koreans is recognized worldwide for manufacturing quality parts like these   screens

The Galaxy S20 beat the iPhone in pixel density and other highlights of the screen, but the difference is not really bulky. In the day to day we can get to live with both devices without noticing an exaggerated difference. Both perform very well and in the end it is a matter of taste, since both companies introduce parameters that differentiate them in terms of color treatment. Apple is committed to more real colors, although sometimes they are less aesthetic, while Samsung exposes the colors a lot, sometimes sinning excessively.

Another point in favor of Samsung in the panels is the detail of having included a refresh rate of 120 Hz. This may seem like a trifle, but it is something that shows a lot in the day to day when handling the system. The feeling of fluidity that is noticed in these teams is most pleasant. Of course, this function will have to be activated in settings because by default it maintains another lower refresh rate. 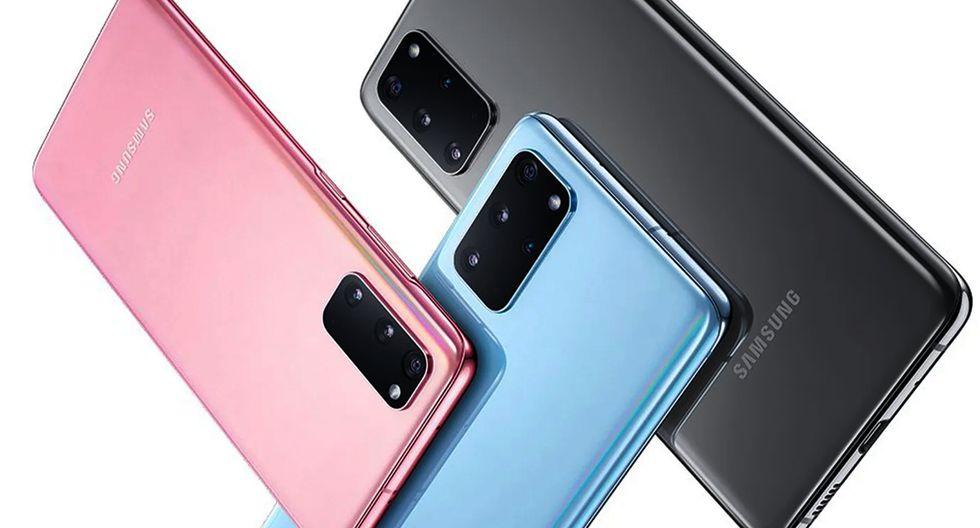 The design is also a prominent section and that is a matter of personal tastes. In the iPhone 11 Pro is still maintaining the ‘notch’ characteristic of the latest generations of Apple. Many of us have become accustomed and understand that the security and efficiency of Face ID is to have that tab, however it gives the image of being a less advanced device than others such as the Samsung Galaxy S20. In the latter we find a design similar to that already seen in its predecessors, with that ‘ajugero’ on the screen in which they incorporate the camera. It is true that for the S20 we do not have such an advanced facial unlocking, but aesthetically it can turn out to be better if we take into account that they add a fingerprint sensor on the screen to replace that aspect of security.

In the back is where there is more controversy, although it is also a personal factor. The iPhone 11 Pro and 11 Pro Max generated dozens of memes on social networks because of the appearance of their triple camera, but neither did the S20 go unnoticed in that regard. The camera modules of the Galaxy, especially the S20 Ultra, are very large and completely break with the aesthetics that the Asian company had shown with its terminals. It will be up to the user at the end to decide if a design of these characteristics compensates him for the tremendous qualities that he brings in the field of photography, which we will analyze later.

Who wins in day-to-day uses?

In autonomy is where we see perhaps something more subjective. We start from the base that Apple does not show the capacity of its batteries, for which it argues the good management of its processors and iOS. In both the iPhone 11 Pro and the 11 Pro Max, we can reach a use of more than one day without having to resort to the charger. With intensive use they also endure the day well. With the Galaxy S20 + and S20 Ultra we found something similar, even surpassing both devices to the iPhone 11 Pro Max in a matter of an hour or two. In any case, the four have no shortcomings in this area, with the advantage of including fast charging and the possibility of charging them by induction.

As for the fluidity of the system, we cannot take a hit on both. The version of iOS 13 with the A13 Bionic chip of the iPhone 11 Pro and 11 Pro Max makes them ‘fly’, being able to perform any process very quickly. Even for somewhat heavier processes we see that they are capable of performing. In the Galaxy S20 + and S20 Ultra we see that they do not have pure Android 10 but have the personalization layer of Samsung, which must be recognized that it is very well optimized. As with the iPhone, the latter Galaxy are capable of moving large processes with amazing speed. 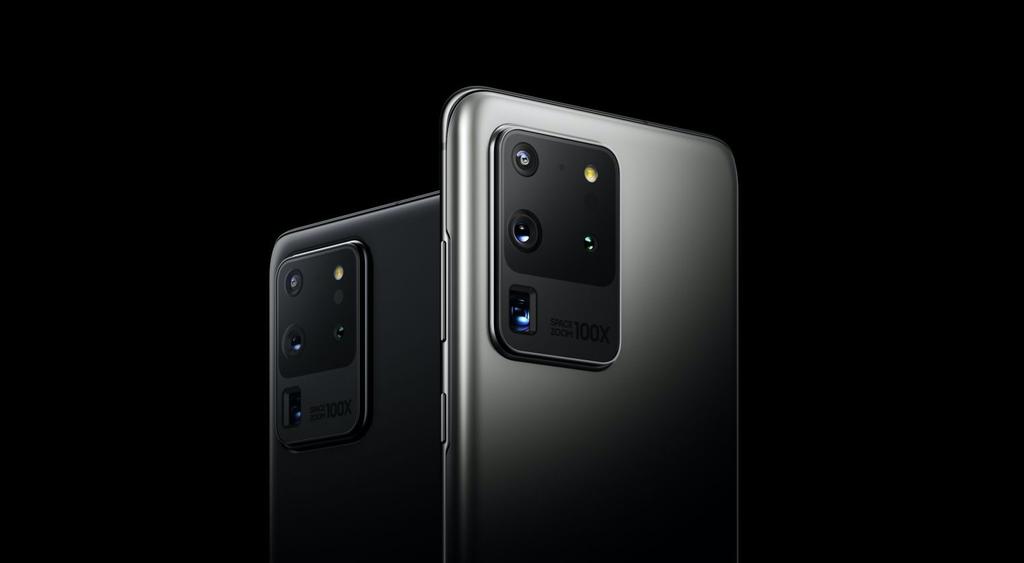 In photography areas , something to which we will dedicate another dedicated article, we can see outstanding differences between these terminals. The iPhone 11 Pro, 11 Pro Max and the Galaxy S20 + have similar specifications on their cameras, despite the small details that differentiate them and in any case offer good results. However, the Galaxy S20 Ultra is one step above all of them, honoring its nickname. This device stands out in some details such as the 100x zoom with results that, despite not being the best in terms of quality, are very striking and unthinkable to make with a mobile not too long ago.

High prices, but are they worth it?

Nobody is going to be surprised to discover that iPhone prices are high, just as it is not surprising anymore to see that Samsung also exceeds the € 1,000 line in recent years. There are details in both cases that deserve to stand out, but let’s look at the

We already check some differences in this equipment, the first being the base storage capacity . Apple continues to maintain a 64 GB base, something that may be sufficient for many but offered at a higher price than its competitor with greater capacity. Also the 5G is a differential factor in Samsung models, as well as the possibility of buying a pack with the Galaxy Buds + headphones .

One aspect to consider is the drop in the price of these terminals over the months. The iPhone is always kept at the same official price until the arrival of their successors and even in third-party stores the price varies little. This can be an advantage if we later decide to sell it in second-hand portals, since we can recover a large part of the investment. In the Galaxy, the opposite is true, since there are already different prices and offers depending on which store they are purchased, in addition to lowering their price considerably as the months go by. The handicap of the latter is the loss of investment in the second-hand market, although it is not that too much value is lost.

In any case, they are premium devices that are unfortunately not made for every pocket. In the end it will be each person who, depending on their purchasing power and their appreciation of the value of mobile phones, decides whether they are expensive or not.

Conclusion, which one should you buy?

In any comparison such as this there must be a conclusion that is generally made in the form of a recommendation. In this case, we believe it is worth letting the user draw their own conclusions. We have already seen in broad strokes that the iPhone 11 Pro, iPhone 11 Pro Max, Samsung Galaxy S20 + and Samsung Galaxy S20 Ultra are similar and different. All of them are incredible devices and that, with exceptions, will not leave anyone in disgust to try them.

Each device has its strengths, as well as its points to improve. However, we insist again on personal preferences, since each one values these sections in a way and can give more or less importance to each device according to that. It is clear that someone with preferences on iOS can get to value the iPhone more, but it should not be closed to try as powerful equipment as the Galaxy. Conversely the same happens, since Android users can also meet their needs with the most powerful iPhone to date.

So, our recommendation here is that if you are interested in acquiring a new device soon and doubt between these, take a look at many more articles, videos and information on the respective Apple and Samsung websites. Each one can provide a different approach that in the end can help specify your purchase decision.