Since Apple launched its first iPad Pro a few years ago, they have tried to make this range as well as the rest of the models more and more compared to a computer than to an iPhone. In fact, it already has its own operating system called iPadOS, which has very interesting functions that really resemble a Mac. That is why in this post we go into one of the most outstanding: the management of downloads and files on an iPad. How to manage photos and videos on an iPad

The management of photos and videos on iPad will be very familiar if you have ever used an iPhone, since the mechanism is the same. Its main management goes through the native Photos app, and although there are other alternatives to store the photos, this is usually the most comfortable and usual. From this app you can see your entire photo album, either with snapshots taken by yourself as those you keep from the Internet or your social networks.

In this app you can organize the content as you wish, being able to differentiate your photos and videos in different albums that are more accessible. Outstanding are also the editing functions that we find, despite not offering great tools that some apps do bring. Adjusting the brightness, colors, cropping the photo, rotating it and shortening the duration of a video are just some of the functions you will find. 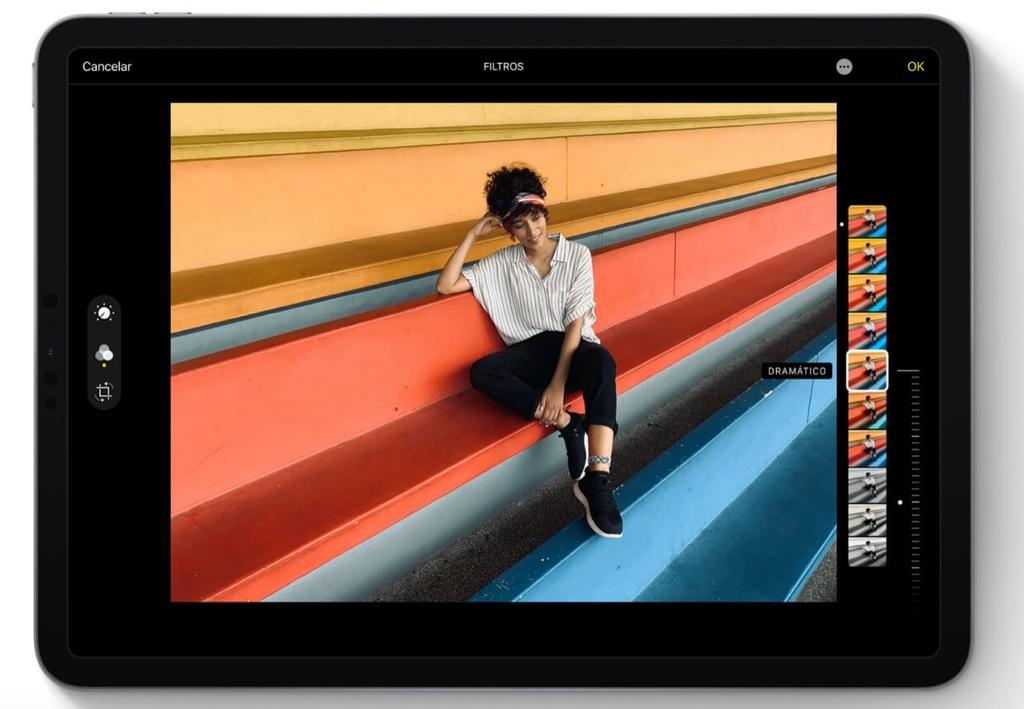 If you also have another Apple device such as an iPhone or a Mac, you can synchronize the iCloud photo library from Settings> Photos. This way, all the photos and videos you save on these devices will be automatically transferred to the iPad when connected to a WiFi network. The same is also true in reverse, this being also an excellent way to export photos and videos to those devices without doing anything.

The way to transfer photos and videos manually to other computers is simple too. If these are from Apple and you don’t have the iCloud photo library activated, you can do so using AirDrop . To transfer them to a Windows PC, for example, you can connect the iPad via cable and select the photos manually in the corresponding folder that will appear in Computer (or My Computer).

How to transfer music to iPad

If you are subscribed to any of the streaming music services such as Apple Music, Spotify, Amazon Music or Tidal, you may not need to have to import the songs to the iPad from a computer. All these platforms have applications in the App Store and are compatible with the iPad. In each of them you can download songs to be able to play later without having to be connected to the internet, so they will already be stored on your device even if it is within those apps. 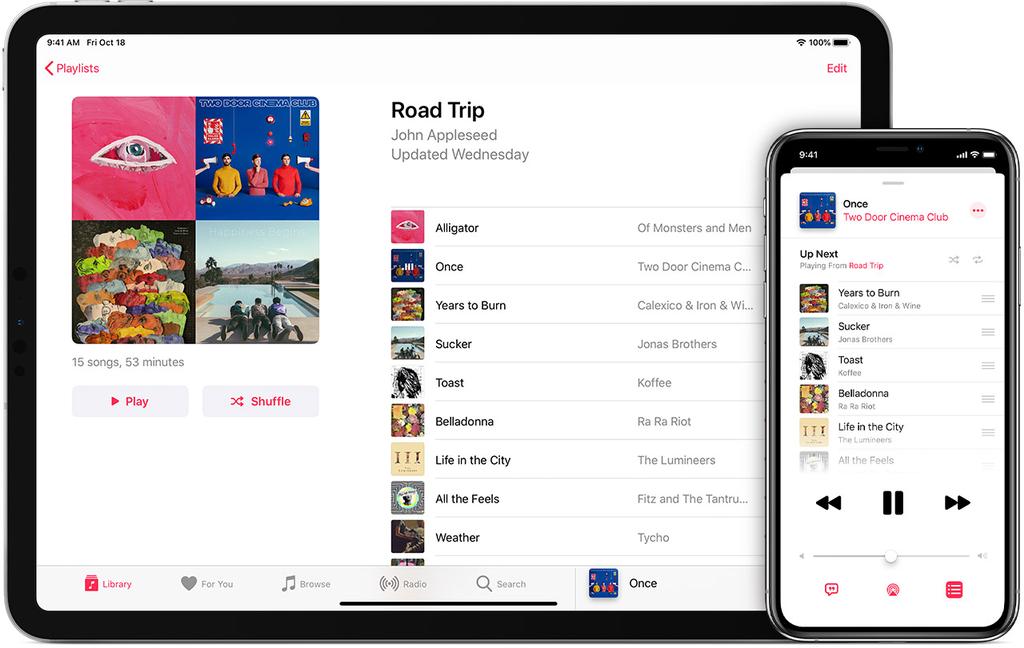 If on the contrary you are not subscribed to any of these platforms, you can pass audio tracks from your computer to the iPad . How? Well, through iCloud Drive. This is the Apple cloud storage service and for which each user has 5 GB free, is available on all Apple computers and is also accessible from Windows computers. On a Mac it would be as simple as selecting the songs you want to transfer and copy them to an iCloud Drive folder. You will then have access to these tracks from Files on the iPad. On PCs you can do this by downloading the iCloud app or by entering the iCloud website from the browser.

How to manage other files on iPad

One of the most basic functions that we can specify on an iPad is the ability to download all types of files from the internet. Be they images, audios, videos and even compressed files. All this can be done in a very simple way from the native Safari browser . In each web from which you download content will be different, although in all of them there will be a download link in which you must click. After this a pop-up window will appear asking if you want to download the file. 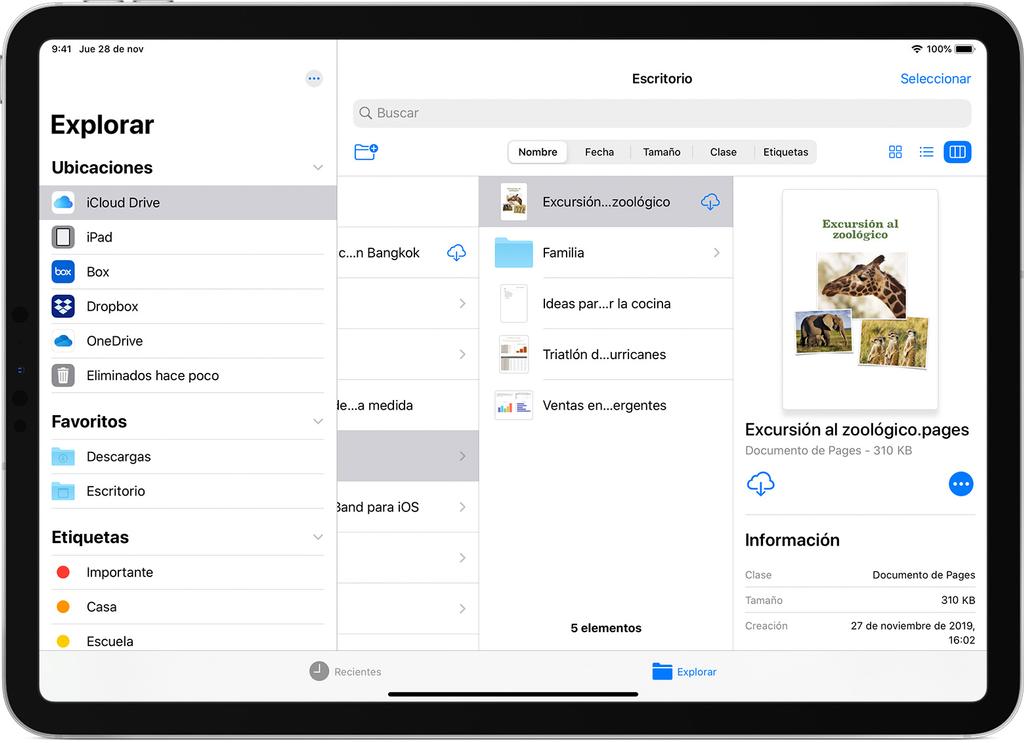 For some elements such as images there is the possibility of saving them in the gallery, to be able to see them from the Photos app. But the interesting thing really lies in the possibility of saving it in the Files app, which would become the iPad Finder. From this app we can share the files more easily, add them to iCloud or another cloud storage service or simply have them stored in a folder for later use.

Within this Files app you can create different folders, as well as perform other typical procedures such as renaming files, copying them, pasting them and even transferring them to other folders. It is very similar to what would be done with a computer, only here instead of pressing buttons on the mouse, you will have to make a long press with your finger or the Apple Pencil.