We cannot deny that the Raspberry Pi is the most successful micro-computer ever. Whether we are amateur or professional users, this device allows us to have a fully functional computer to carry out all kinds of projects, from experimentation to setting up a personal server in our home. Normally, this micro-computer is moved by Linux distros, distributions designed to fulfill specific tasks. However, there are projects designed to turn the Raspberry Pi into a fully functional computer , being able, among other things, to install Windows 10.

Microsoft partially supports Raspberry Pi. Among the most popular distros we can find Windows 10 IoT , a version of the operating system focused especially on the Internet of Things. If we are developers, this system may have something useful, but at the domestic and amateur level, its functions leave much to be desired. 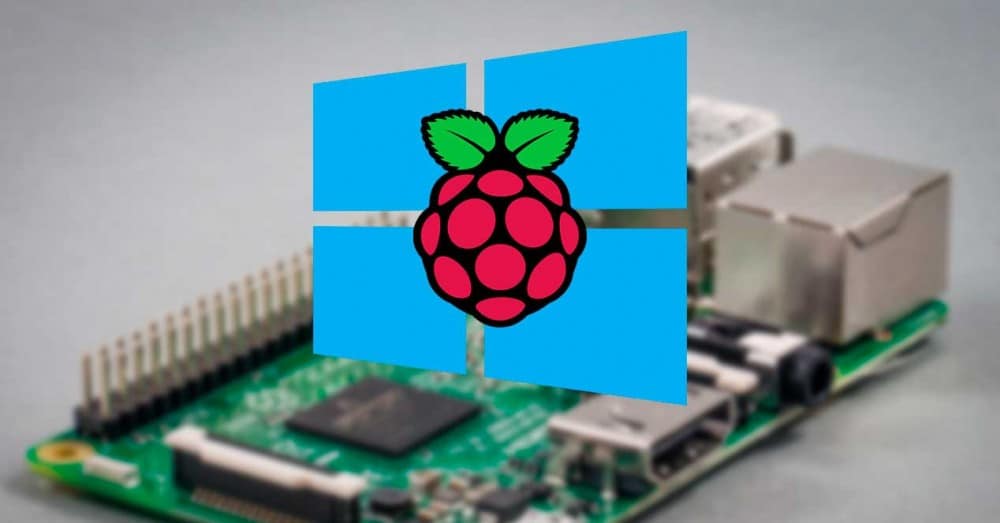 Features of Windows 10 ARM on the Raspberry Pi

Thanks to the community, many features and functions have been made usable on the Raspberry Pi. Some of the most important are:

It is not possible to officially install Windows 10 on the Raspberry Pi, despite the fact that the Microsoft operating system has been designed to work on ARM computers as well. However, thanks to WOA Deployer , it is possible to prepare a micro-SD to be able to use Windows 10 on a Raspberry Pi.

Limitations of Windows 10 on the Raspberry Pi

For example, the first thing we will consider is that this only works on Pi 3 and Pi 4 models. Nothing else. We cannot install it on any other version of the micro-computer.

It is also true that we are going to encounter significant performance problems. Although Windows 10 works 50% better on the Raspberry Pi 4 than on the Pi 3, the operating system can only use 1 GB of RAM of the 4 GB available. This significantly hampers the overall performance of the Microsoft operating system.

Some functions and features (like sound, video output, and even GPIO) may not work properly on Windows 10 due to lack of implementation. We must also take into account that the operating system can be unstable and generate blue screenshots. In addition, it is necessary to have some technical knowledge to be able to start this operating system on the Raspberry Pi.

The developers at WOA Deployer are working to improve Windows 10 on the Raspberry Pi more and more, although it will still take time for it to be fully functional.

If we do not want to wait, then we explain how to test it.

In order to install the Microsoft operating system on the Raspberry Pi we need a series of requirements:

When we have all of the above, we can start the process. We are going to use the GUI version of WOA Deployer. When executing the program we will see a window similar to the following. In it we will have to choose the device for which we want to prepare the micro-SD with Windows 10. 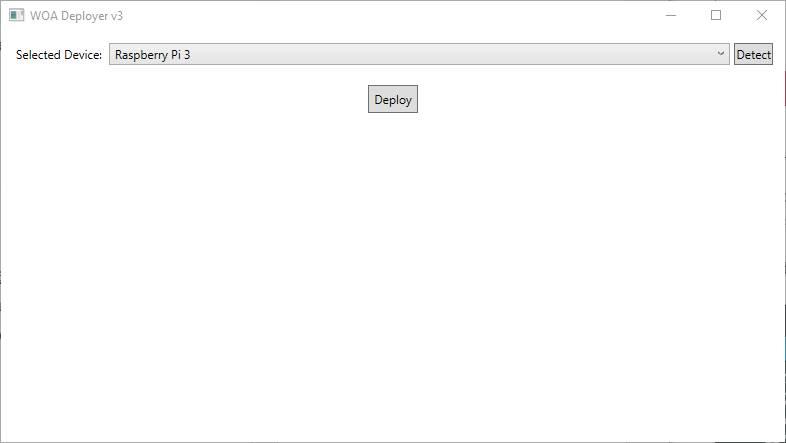 Once done, we will click on the “Deploy” button and the program will begin to do its job. Then a new window will appear in which we must select the WIM image of Windows 10 for ARM (which we will have downloaded and generated earlier), and the memory card where we want to install Windows 10, which must be connected to the computer.

We must bear in mind that the memory card will be completely erased to install Windows 10 on it. Therefore we must be sure that we do not save important information, and to select the correct unit and not make mistakes.

Once this is selected, we will click on “Ok” and the creation of the memory card will begin. This process will take a long time, so we must wait calmly for it to finish.

When it reaches the end, we can already disconnect the memory card from our computer, put it in the Raspberry Pi and start it. The micro-computer will run Windows 10 almost the same as a PC.