PowerShell is Microsoft‘s advanced console that is installed by default in all versions of Windows starting with Windows 7 SP1. This console is much more advanced and complete than CMD, so, for more advanced users, it is one of the best ways to manage and control the operating system.

For a long time, PowerShell has been written in .NET and has been a proprietary and exclusive Windows tool. However, today its development is mainly in C # and, in addition, it is a multiplatform and open source program. And since its development is now somewhat more independent, most users use an old version of this program.

When we install Windows 10 from scratch, this console is installed and enabled by default. However, even the latest version of Windows 10 brings an outdated version of PowerShell , usually 5.1. We can check the version that we have right now installed on our computer by opening a console window and executing the following command: 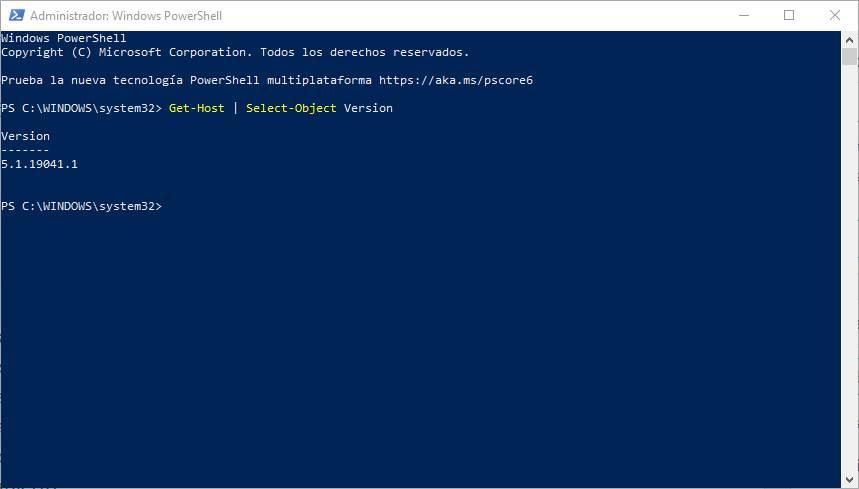 Surely for most users this version is more than enough, since they probably neither use nor need the improvements and news of the new versions of PS. However, if we are one of those who like to be always up to date, here we explain how to install the latest version of PowerShell in Windows 10.

PowerShell 5 , the version that is installed by default in Windows 10, is a very powerful tool, and for most users more than enough. However, there is always room for improvement, especially for advanced users and developers who work with these types of scripts.

Therefore, in the new versions of PowerShell we can find functions and features that, until now, were not available in this tool, such as:

Update PowerShell to the latest version

Microsoft allows us to install this new version of PowerShell as another program, with its installer. And being an open source project, we can find all the versions of the new program at the following link .

Here we will find two different versions. The “Release” version , which corresponds to the latest stable version of the program, and the “Preview” version , more advanced but unstable. We can install the one we want, either one.

Once the installer is downloaded, we run it and we will have to follow its assistant like that of any other program. Of course, the installation of the new PowerShell is completely safe and free of all kinds of adware or unwanted software. 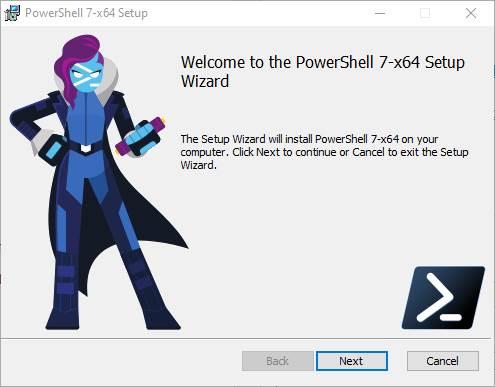 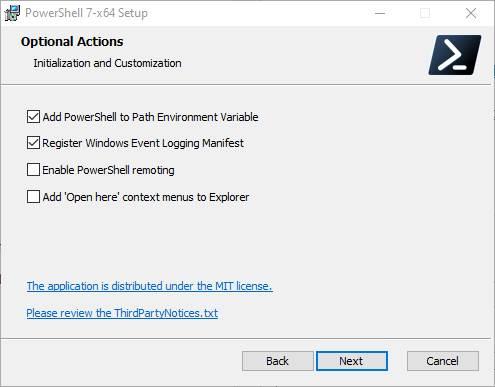 When the installation finishes we will have the latest version of PowerShell installed on the PC.

If we do not want to download and install the new version manually, we can also update PowerShell from the program itself. For this, what we must do is open a PS window with administrator permissions, and execute the following command in it: 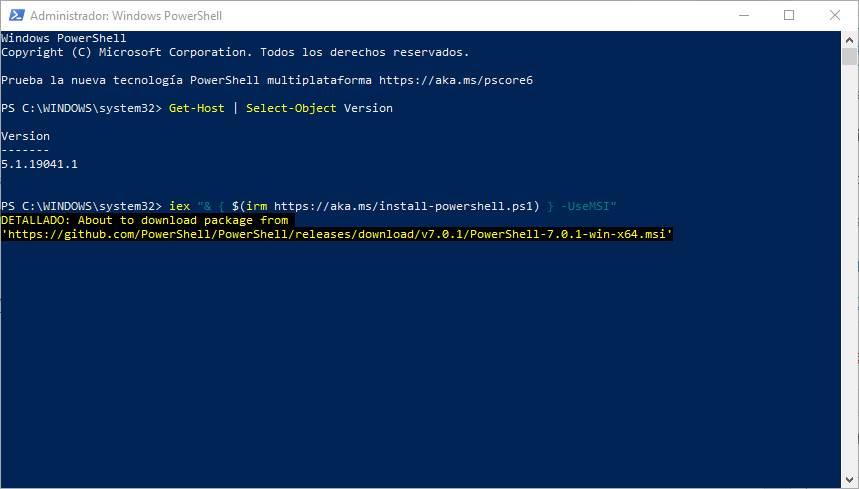 This will automatically start downloading the latest stable version from Microsoft’s servers. When it is downloaded, the installer will run, and we will have to complete the wizard ourselves, as in the previous step.

When the installer finishes, we will already have the latest version of PowerShell installed in our operating system.

How to use the new PowerShell

Regardless of the method we have chosen, this version acts as an independent program, so in Windows 10 we will continue to have version 5 of it installed, along with this new version. We can find the new PowerShell in the following path (by default): C> Program Files> PowerShell.

To run it, we only have to use the Windows 10 search engine, and we can see how the new version appears here, along with the classic one: 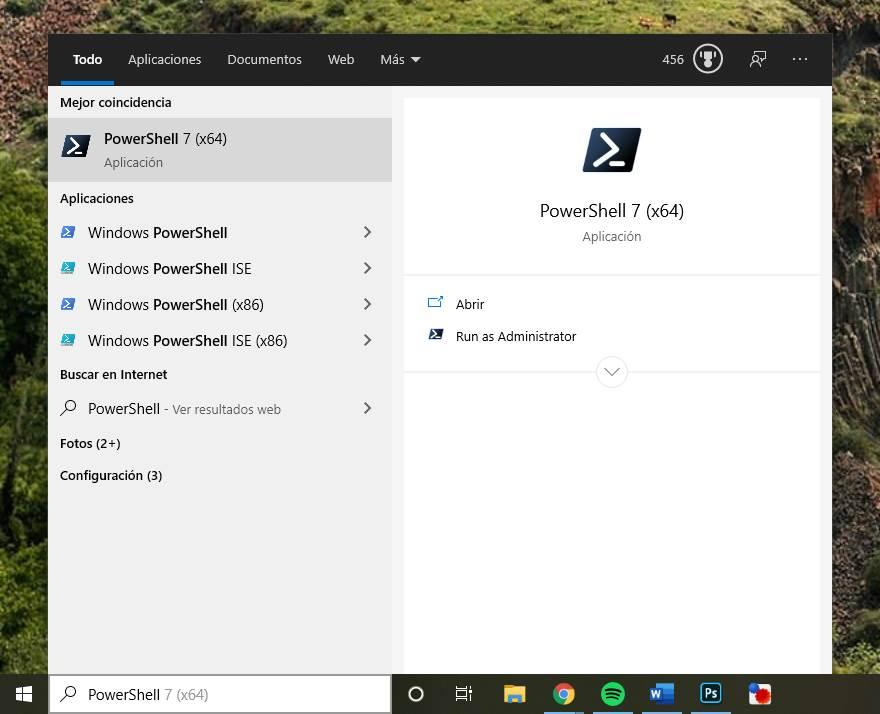 When we have the new PowerShell installed, it will appear as ” PowerShell 7 ” within the search engine and from the launchers we use. However, if we want to be sure of the version that we have installed, we can check it very easily by running the following command again: 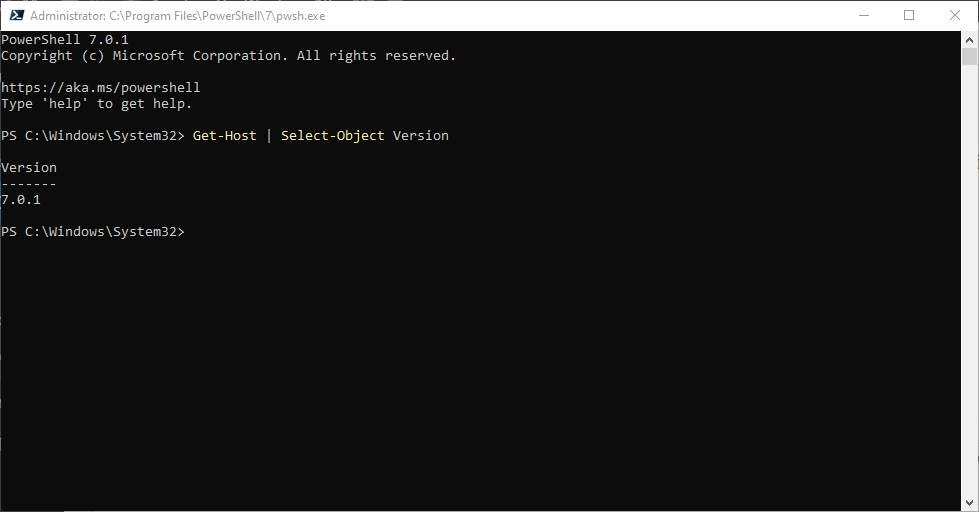 From now on, when there are new versions, the PowerShell window itself will notify us of its availability. And we can use either of the two previous methods to install that new version.