It will not be the first time, nor the last, that we are anywhere and a song that we like or have already heard starts playing, but that we do not know or remember its name. However, that time when we had to type the lyrics on the internet to find them is over. Basically, because with a mobile we will be able to recognize songs at any moment and, best of all, it will only take a few seconds to do so.

For all music lovers, this is one of the great advantages, or additions, that we have been enjoying on smartphones. And it is that not only do we find different applications specialized in identifying songs, but we also have different tools that come standard on an Android or iPhone mobile that help us find what music we were listening to, but we don’t know how is named. For this reason, we will tell you each of the methods that we can use on our phones. Find out what music sounds on Android

Within the Android panorama there are several native alternatives that we find to be able to recognize songs at any time . Not only do we have to be aware of opening the app that we downloaded for it, but we don’t even need to install any type of application anymore. Therefore, we will tell you the different methods, in addition to its steps, to identify what music is playing and what its name is. 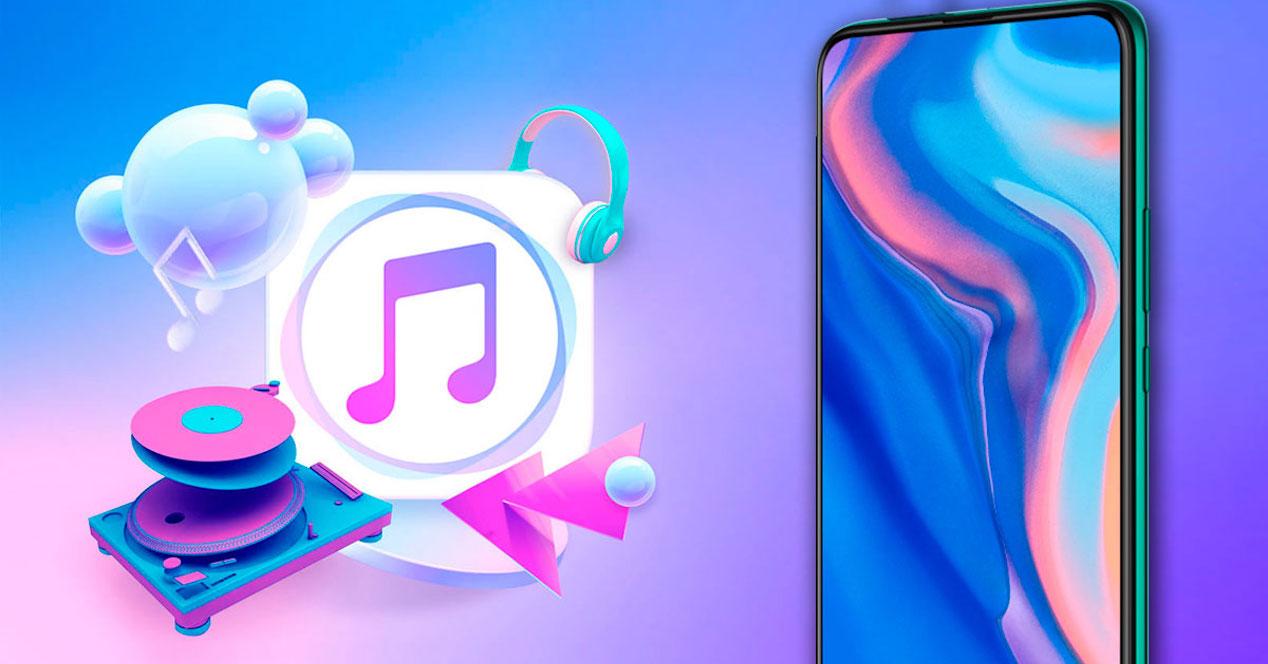 With the Sound Search widget

You may have an Android mobile in your hands, but you have never come across the Google widget that allows us to quickly recognize songs with just one click. And the thing is, this software tool comes as standard in the operating system and, to be able to use it, you just have to know the steps to follow to add the widget called Sound Search to the home screen of your smartphone. Therefore, this will be what we must do on the phone:

This software tool does not have its own interface, the only thing we get is direct access to Google’s song recognition mode . But, in any case, it will not be necessary to install anything else on the Android device. We will even be able to find music with our humming, as long as we do it right and we don’t invent the rhythm.

From the Google Assistant

This second option is quite similar to the previous one. Well, it will take care of doing the search directly on Google. However, the process is different, since we will not have to add any type of widget to the home screen of the Android device. Here, we will only have to invoke Google Assistant and execute a specific command to recognize songs: 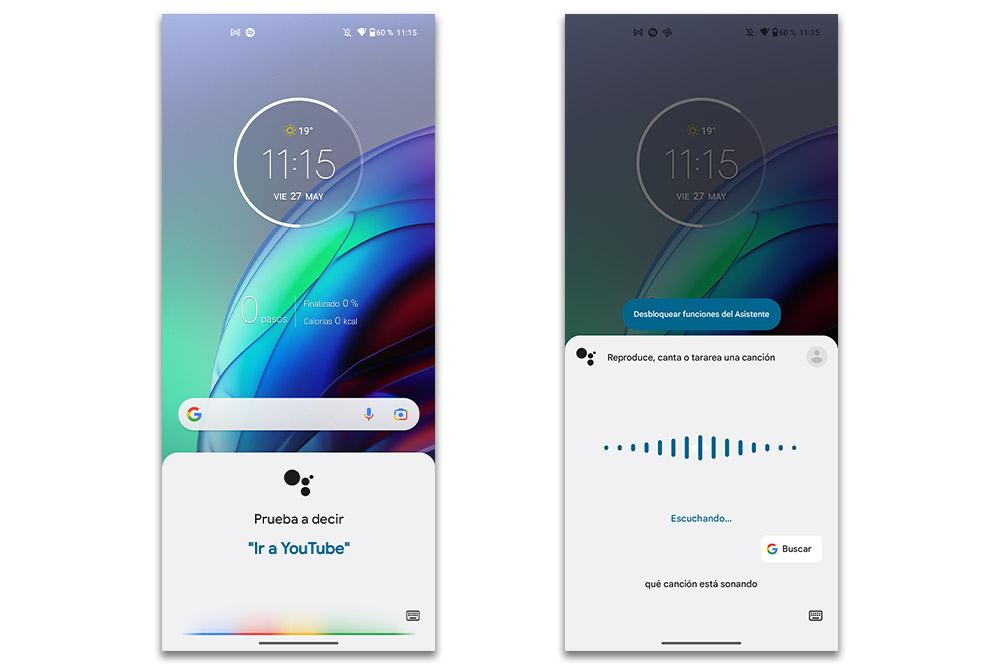 There are different layers of customization that no longer need the help of the functions that Google offers us, since the manufacturers of some terminals themselves decided at the time to add their own function so that their users could identify any type of music without actually installing or a single app from the Android app store.

For example, one of those customization layers is Huawei ‘s EMUI, which has its Music app in which we will find a specific function that will allow us to identify songs at any time. And it is not the only layer, because Samsung mobiles with One UI have their own digital assistant, known under the name of Bixby. So by invoking it and saying the command ‘what song is this?, or ‘what track is playing? We will be able to quickly recognize whose music we were listening to. 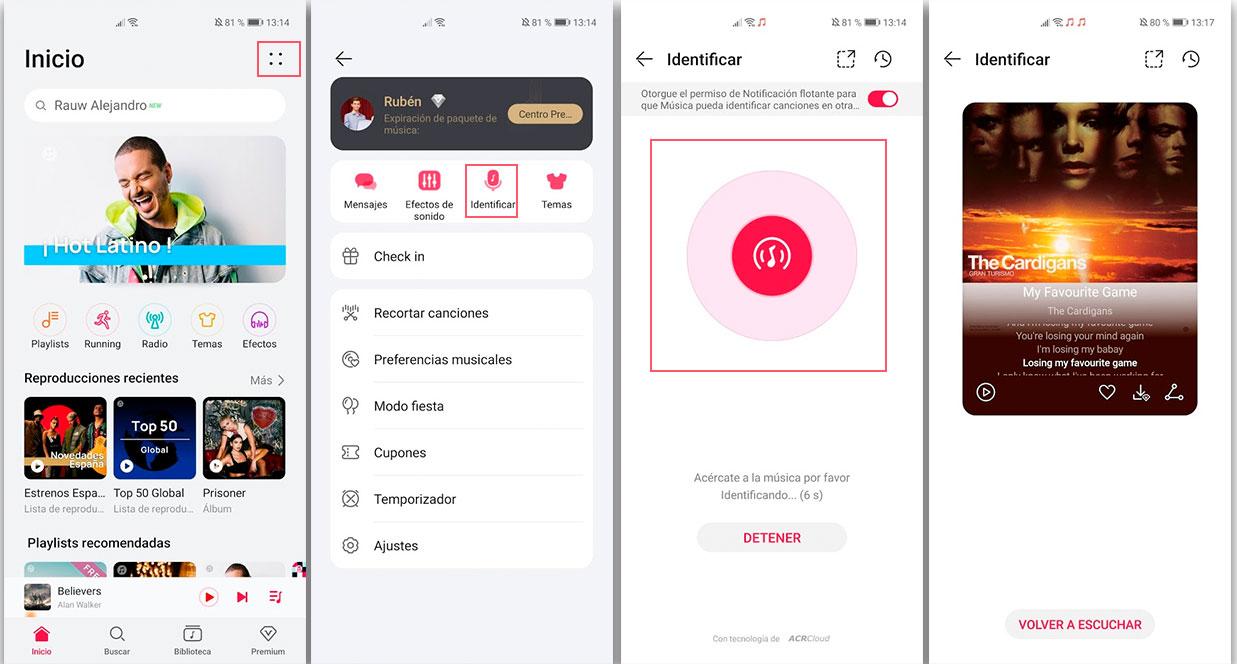 Recognize songs with the iPhone

Just as we find different options to recognize songs on Android mobiles , the iPhone operating system, iOS, is not far behind. So it also hides different ways to discover who is the singer or singers of the music we are listening to. Although, the most curious thing about Apple phones is that they have the help of an app that, until a while ago, we had to install from the App Store, but that, from an iOS version, comes as standard and can be added to the Control Center.

Find out what sounds with Siri

The first alternative that we bring you for the iPhone is thanks to the very famous digital assistant of Apple devices, Siri . And is that, who does not know Siri? Therefore, just as it happened on phones with the Google operating system, we must know what command to execute when we invoke the digital assistant on our smartphone. So, so that you have no doubts, this is what we should do: 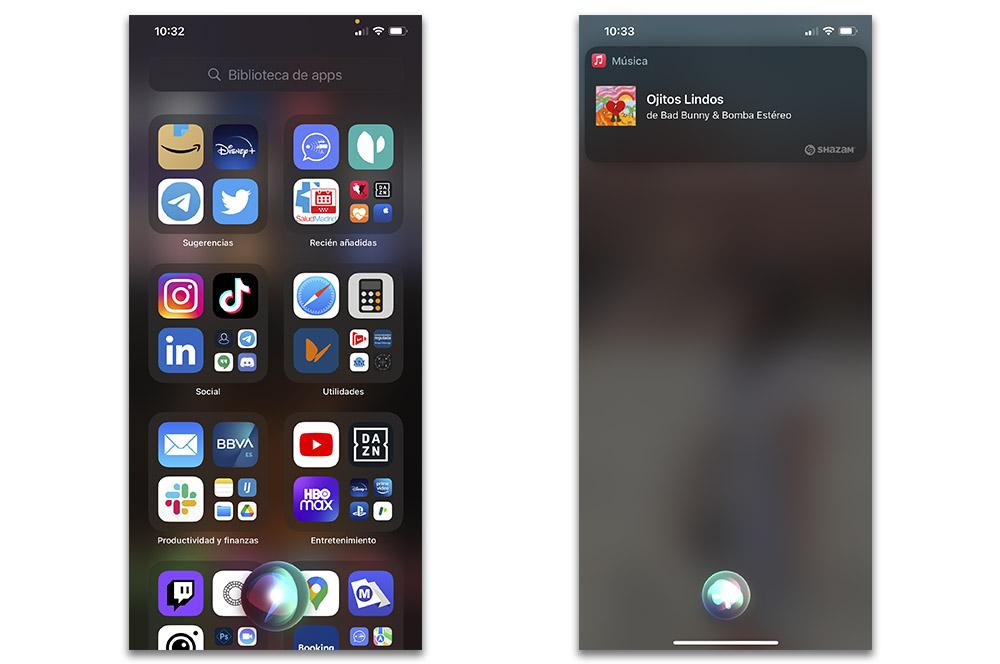 As we have been telling you, one of the most famous applications when it comes to recognizing songs was Shazam. It was so well known, to such an extent that Apple decided to buy it. For this reason, since the version of iOS 14 it is no longer necessary to install the app from the App Store, since it comes as standard on the device of the American company.

However, thanks to this, it will no longer be necessary to access the application as such to identify music, since we can add this software tool to the iOS Control Center , that is, of any Apple device. To achieve this, all you have to do is go to the smartphone settings and follow these steps: 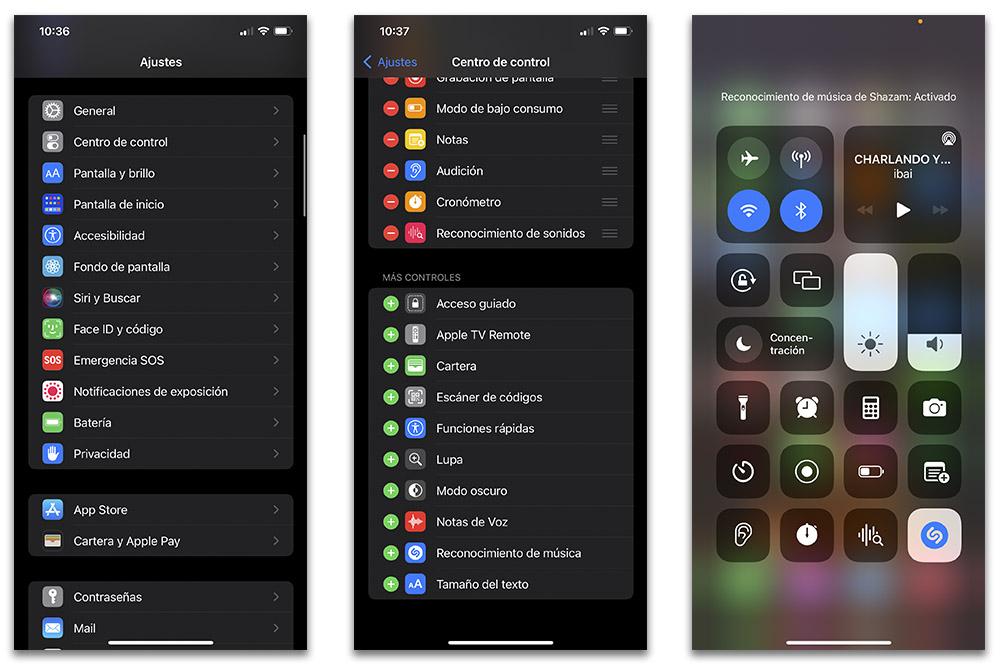 We may not want to use its own functions and prefer to opt for an app specialized in identifying all kinds of music. In addition, within the application stores , App Store and Google Play, the truth is that we will find a multitude of very interesting options. Although, for us, the best alternatives that we will have when using an app of this type are the following:

One of the first apps that we can get to try, and that we find both in the App Store and Google Play for free, is Genius . This application is not only responsible for recognizing songs from the device on which it is installed, but also focuses on giving us the lyrics of the songs that we want. But, within this app, we find the function that we want so much. For this reason, to know how it works, we must follow these steps: 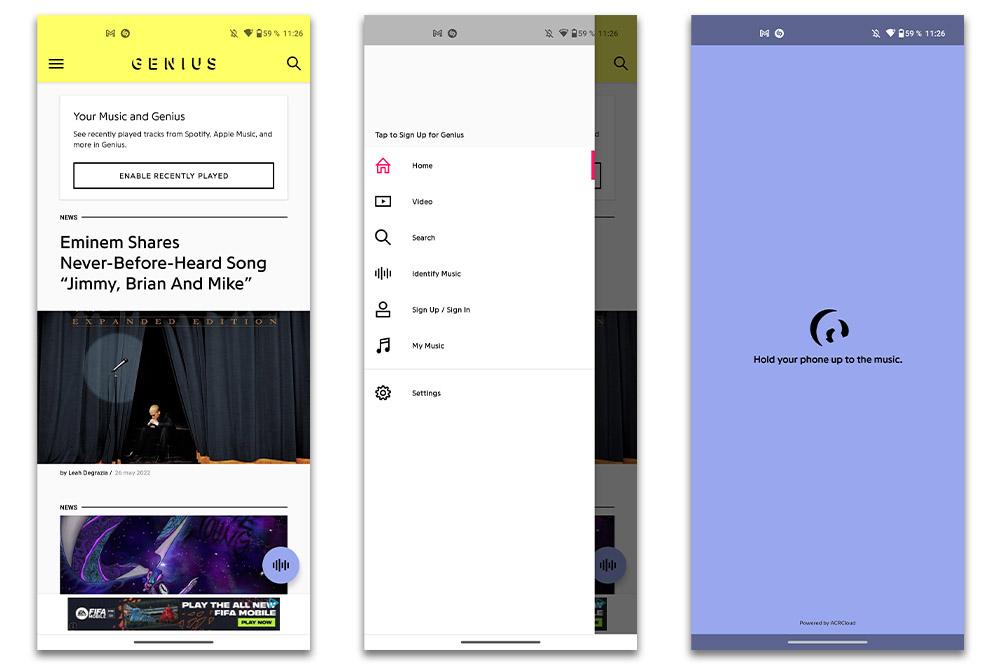 Another of the many specialized apps that we can try on our mobiles to recognize songs is Deezer . In this case, just like in the previous example, we will also find this application for free on Google Play and the App Store, so downloading it will not be a problem. So here we leave you their respective links:

Of course, to use this software we will need to log in, so we will have to create an account or access through the Google or Facebook account. In addition, to create it we must be over 16 years of age. Once we are inside the application, these will be the steps that we will have to follow to start recognizing songs: 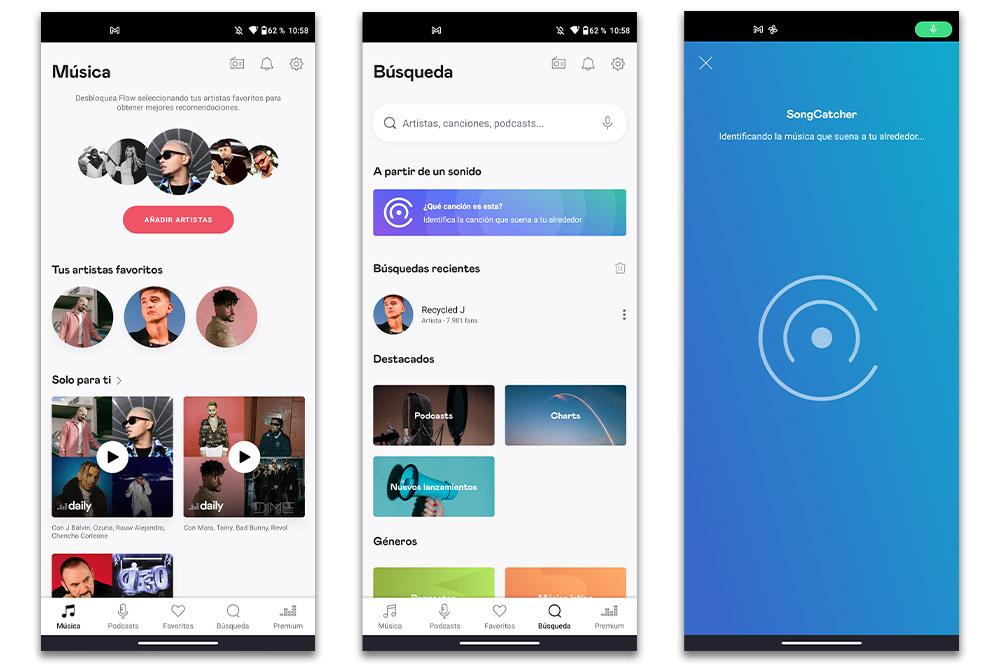 Although, as we have just seen, this is an app that already comes standard on iPhones that have iOS 14, the truth is that we can also download it from the App Store. In addition, in the case of Android mobiles, it is software that does not come as standard, so to use it we will have to download it for free from Google Play:

In any case, whether we have an iPhone or Android , there are a series of steps that we must follow to make use of one of the apps to recognize the most famous songs that we can find for smartphones. Therefore, once we download the application, we will have to follow a series of steps, although we have already warned you that, in a couple of clicks, we will start using it: 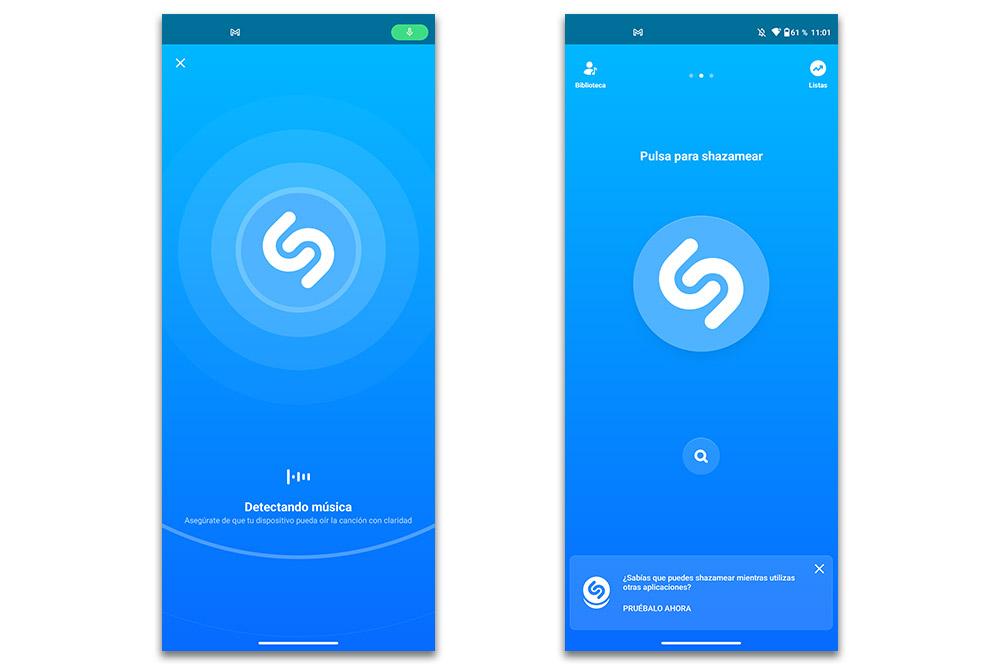 The last option that we bring you, which we will also find in both Google Play and the App Store , is the app known under the name SoundHound . Although for many it may not be the most famous, the truth is that it has also earned its fame by hand. Since, it is also prepared so that, if we hum a song, it can tell us whose music it is. Therefore, when we install it on the smartphone, this is what we must do: 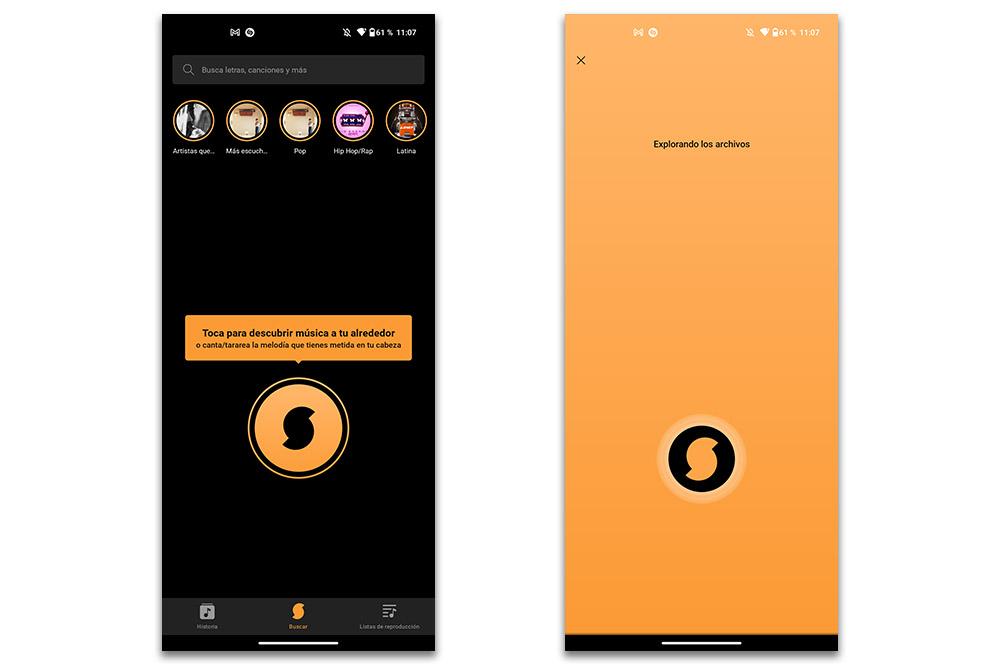