The mining of cryptocurrencies and especially Ethereum is once again at a fever pitch, and it is more than likely that if you have a powerful graphics card you have considered getting started in this world. If so, in this article we are going to show you how to optimize the main GPUs to mine Ethereum and thus obtain the best possible hashrate performance.

Ethereum GPU mining is back, and for now at least it’s highly profitable. But there is quite a bit of work to do before turning on the software and letting it run in the background, especially if you’ve managed to acquire one of the coveted next-gen graphics cards from AMD or NVIDIA. If you want to make some money mining cryptocurrencies, you will be interested in adjusting your GPU with an optimal configuration to get the maximum profitability, right? Is it worth optimizing the GPU to mine Ethereum?

First of all, we must make it clear that we are not trying to encourage anyone to start a GPU mining farm, and in fact we strongly recommend that you do not do so because subjecting your prized graphics card to 24 × 7 work for which it has not been designed could irreparably damage it. However, if you are determined to test, what we are going to tell you is how to optimize the GPU to have the best performance mining Ethereum, but it is up to you to make sure it has adequate cooling and everything else. 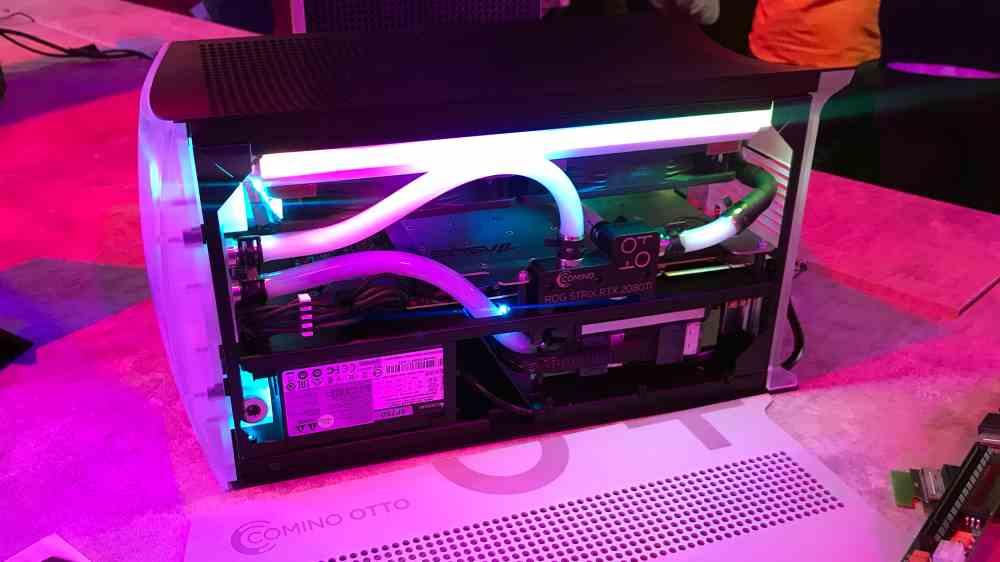 It should also be borne in mind that there are an infinity of graphics cards on the market with which you can mine Ethereum, and it would be practically impossible to cover the recommended settings of all of them more than anything for the simple fact that even two graphics of the same model and brand may give different results depending on your ASIC. In any case, we are going to take the main and latest GPU models from AMD and NVIDIA in their reference versions as a starting point.

You should also bear in mind that Ethereum GPU mining requires a graphic with more than 4 GB of VRAM, so if for example you have a 4 GB RX 570, you simply will not be able to do it. Second, there are many different software packages for mining, so below we are going to show you what works best using NiceHash Miner 3.0.5.6 , which is currently the most used.

That said, is it worth optimizing the graph to mine Ethereum? If you have made the decision that you want to do it, which – we repeat – we do not recommend, of course it is worth optimizing your settings because that way you will get the best performance and, therefore, the greatest possible benefit. In some cases we will recommend underclock , which will give you a lower performance but will ensure a greater longevity of your precious GPU.

Recommended settings to optimize your GPU in Ethereum mining

We once again emphasize the fact that each graphics card model is different and does not have to give the same performance as another, even if it is the same brand and model. Also keep in mind that with respect to the NVIDIA RTX 30 Series Founders Edition versions, the GDDR6X VRAM gets very hot, exceeding 85ºC in many cases, so we recommend you monitor the temperature values at all times so that your graphics does not suffer an untimely death. 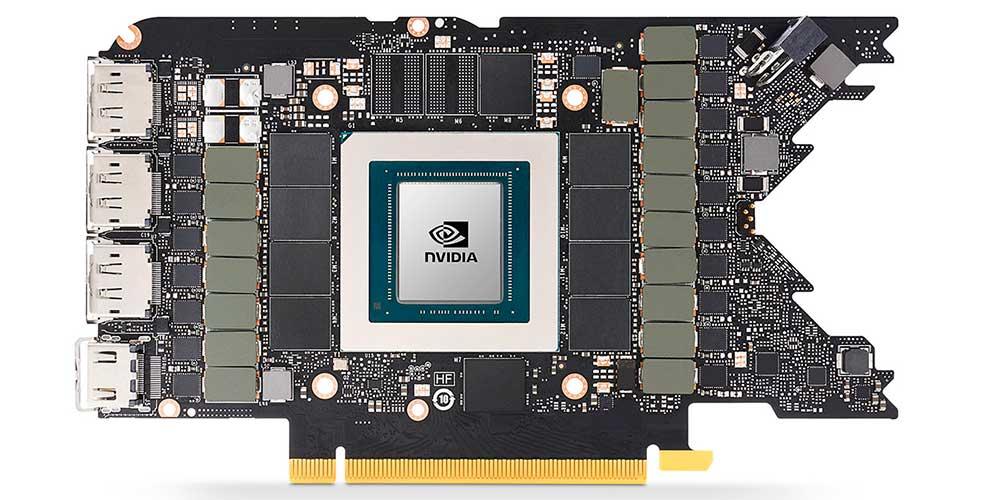 Also keep in mind that what we are going to recommend below are Overclock settings, so there will be times when they might not be totally stable and cause instability in the system. You already know the risks of Overclocking, so in any case we do not recommend doing it and, if you do, it is solely under your entire responsibility . The ITIGIC team is not responsible for problems or breakdowns caused by this practice.

Although it’s technically the most powerful Ethereum mining graphics card out there today, you really shouldn’t like the idea of having it up and running 24 × 7 without hardware modifications or serious tweaks. In stock, the fans end up running 100% to try and keep the GDDR6X below 110ºC, and that’s not a good thing (besides noisy). 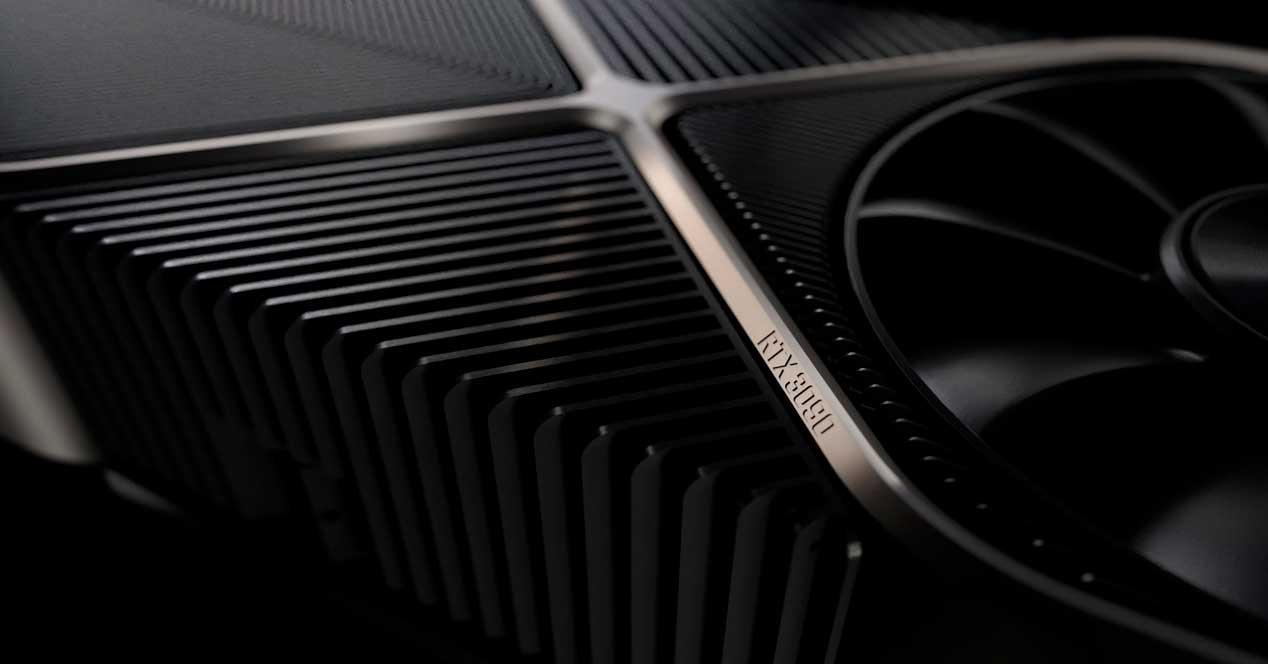 So, for this graph we recommend setting the core speed to -502 MHz (it is the minimum it supports), the memory clock to +250 MHz and the power limit to 77%. This keeps the GDDR6X at around 104ºC, higher than would be desirable but far from 110ºC which is the dangerous temperature indeed. Even so, you can expect a hashrate of about 106 MH / s and a consumption that is also lower than the one that the graph has by default, of about 279 watts.

Alternatively you can adjust the fans to the maximum, set the power to 80%, reduce the GPU clocks by 250-500 MHz and increase the memory clock by 750-1000 MHz. This way the VRAM will reach 110ºC but you will get a better hashrate. , reaching up to 125 MH / s in some cases. Anyway, we don’t recommend this setting for the sake of your GPU.

Optimizing this GPU for mining Ethereum is quite similar to the RTX 3090 FE, as it suffers from the same memory temperature issues. Again we reduced the core speed by 502 MHz, set the memory clock to +750 MHz, and set the power limit to 70%. This results in a VRAM temperature of about 104 ° C and a throughput of about 93 MH / s. 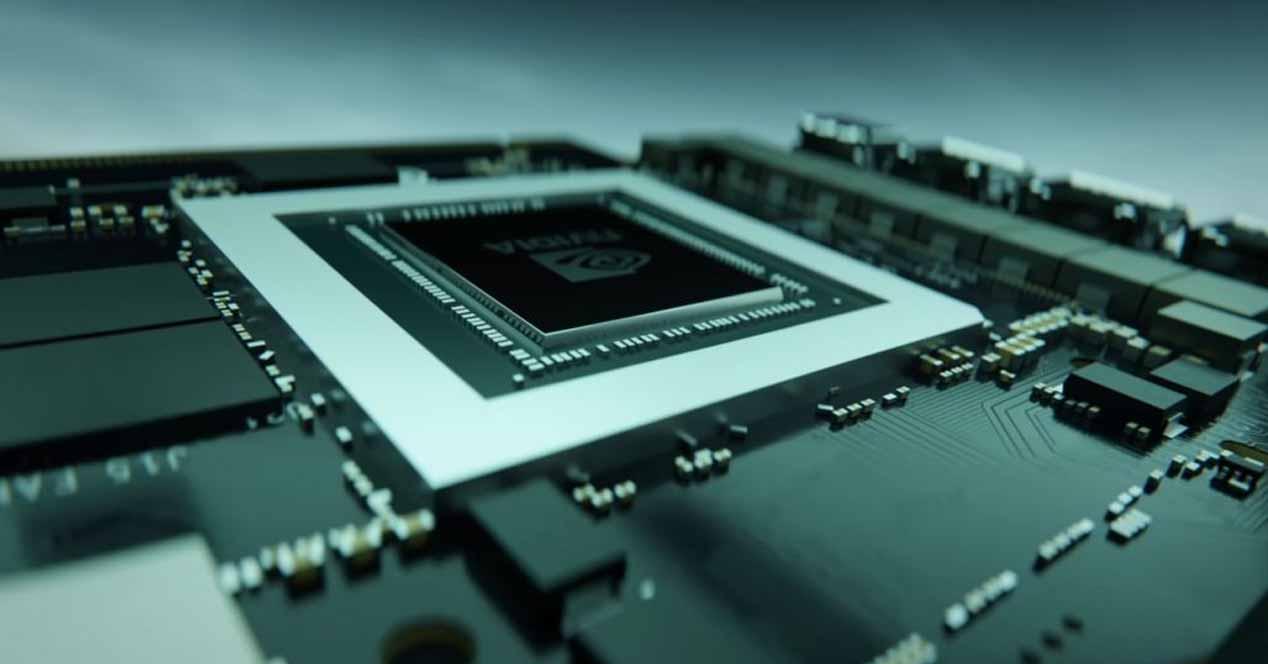 Again, maximizing fan speeds and memory clocks while reducing core speed and power cap is the key to improving overall hash rates. Modifying the graphics and replacing the memory thermal pads will help cool down the VRAM and further improve performance, but this already means opening the graphics and losing your warranty.

The main thing to optimize the performance of this GPU when mining Ethereum is to increase the memory clock. If the graph supports it, a parameter of +1200 MHz in the memory gives an effective speed of 16.4 Gbps, and together with this boost in the VRAM we reduce the speed of the GPU to a minimum (-502 MHz) and in this case we set the power limit to just 55%. 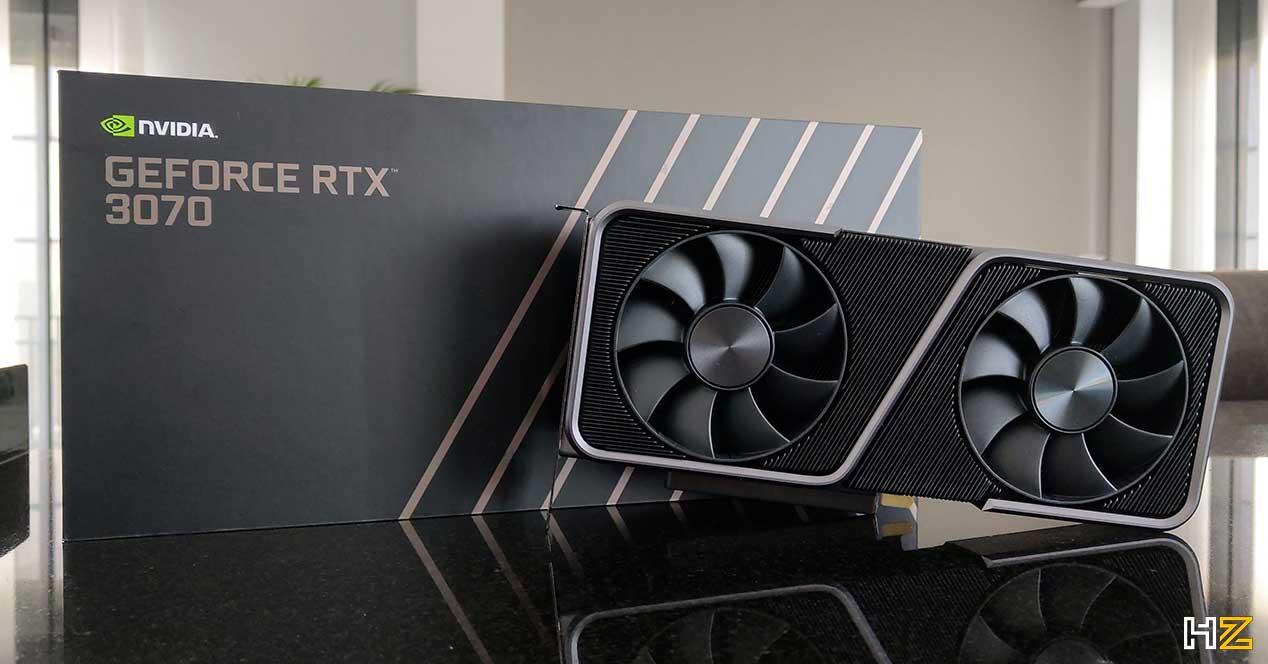 Surely you think that this underclock will give bad results, but quite the opposite: again we managed that the temperature of the VRAM does not go off and that the performance gives us a fairly decent hashrate, of about 52 MH / s.

As with the RTX 3070, we increased memory speed as a primary change for good performance. We went from stock to +1200 MHz, with a negative offset of in this case -400 MHz on the GPU and the power limit at 55%. As an alternative, it also works fine if we lower the GPU clock by -502 MHz, set the power limit to 55%, and set the fan speed to 50% permanently. 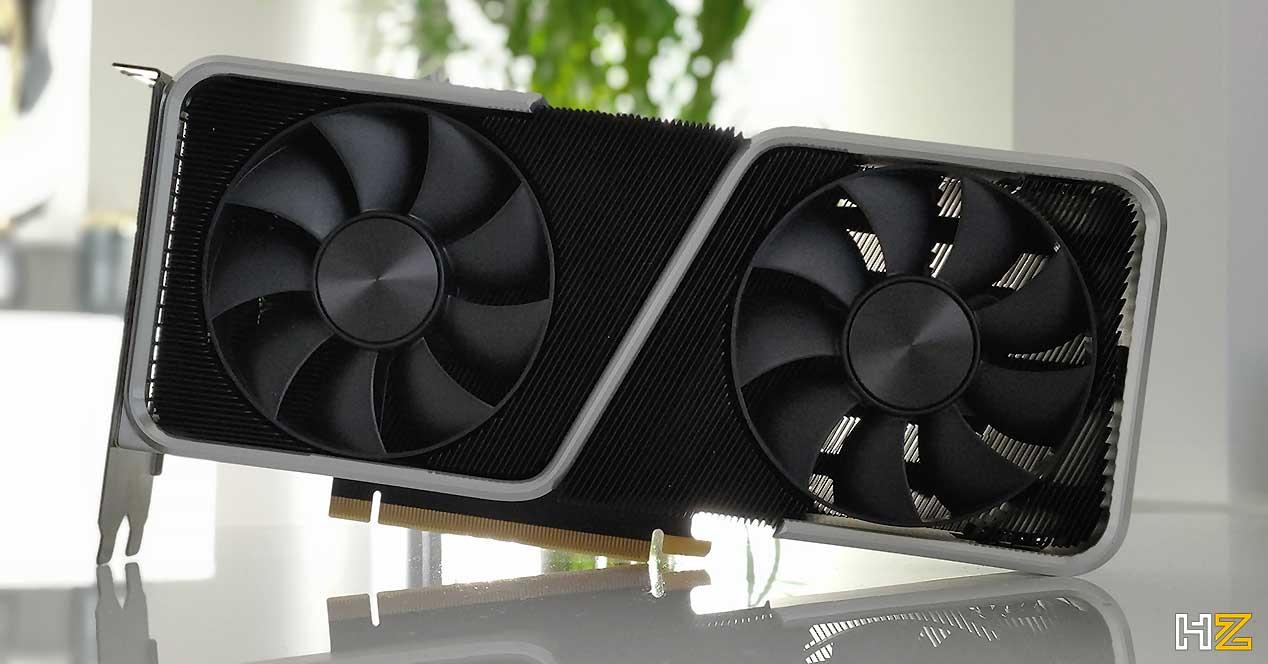 The performance in this case should be almost on par with the RTX 3070, at around 50 MH / s, but consuming much less power (so we can say that it is a much better graph to mine).

We move on to the AMD models and start with the current top of the range. The optimized configuration is quite similar to that of NVIDIA graphics, since it seems that memory bandwidth is the main bottleneck when it comes to obtaining a better hashrate to mine Ethereum. So raising the clock frequency just wastes energy and does not improve performance, so in this case we do not touch it. 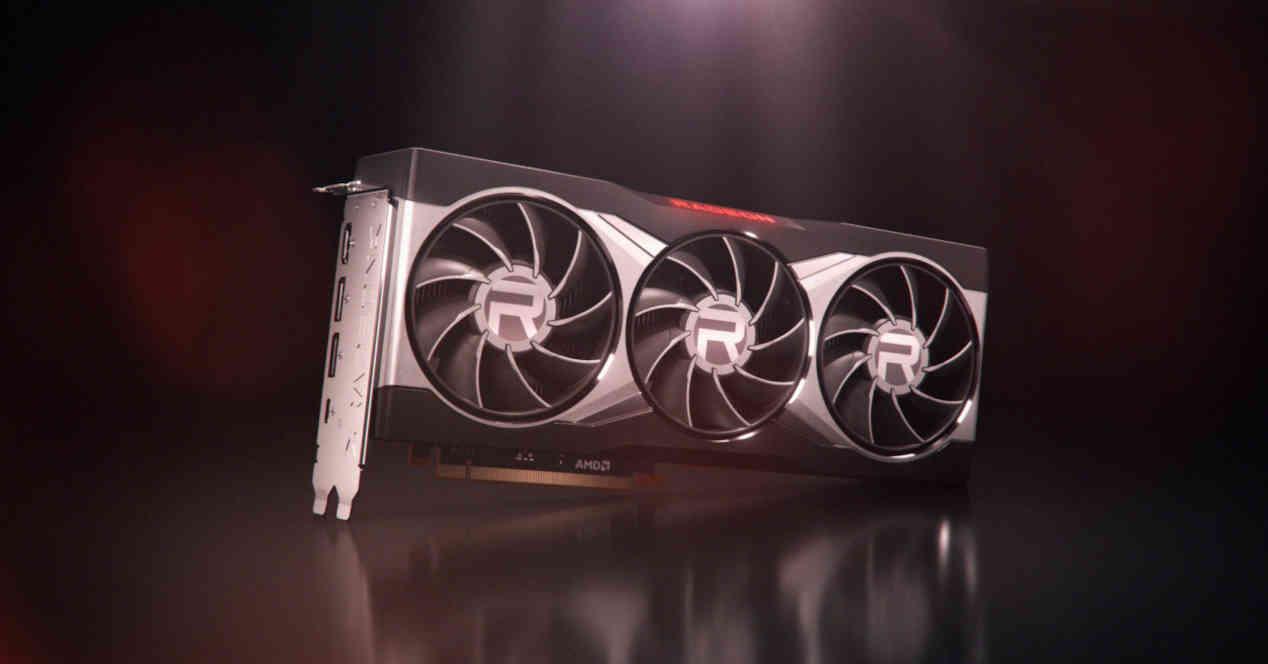 So we raised the power limit to the maximum (115%) just to make sure the VRAM is smooth, we set the memory to +150 MHz (the maximum allowed in Radeon Software), and we reduced the GPU clock speed to 70%. This configuration gives a hashrate rate 8% higher than if we mine Ethereum without having touched anything: about 65 MH / s.

The same approach as the previous one, but due to the differences in the configuration of the core in this case we can reduce the speed of the GPU to 50% (the memory is configured with +150 MHz and the power limit at 115%). This is essential because we reduce the consumption of the graph from 281 to 186 watts, so mining will be much more profitable.

Regardless of what’s going on internally on the GPU, it appears that AMD’s Navi 21 graphics perform optimally whatever your GPU maximum clock setting. Like NVIDIA, AMD GPUs are severely limited by the speed of their memory, and without tools to overclock it above 17.2 Gbps, there isn’t much to do.

It is curious that in this case, despite the fact that the clock speed is lower than the stock one (1747 MHz versus 2289 MHz in stock) the speed of the fans goes up, and this is due to the temperature of the VRAM. Therefore, we recommend setting the fans at least 50% permanently to heal in health.

We are done with the “little sister” of the new AMD GPUs; In this graph, AMD reduces to only 40 CU on the Navi 22 chip but the clocks are a little higher, the memory has a bus of only 192 bits and this translates into a reduction of 25% of its bandwidth with respect to the previous ones, which also means a lower hashrate. 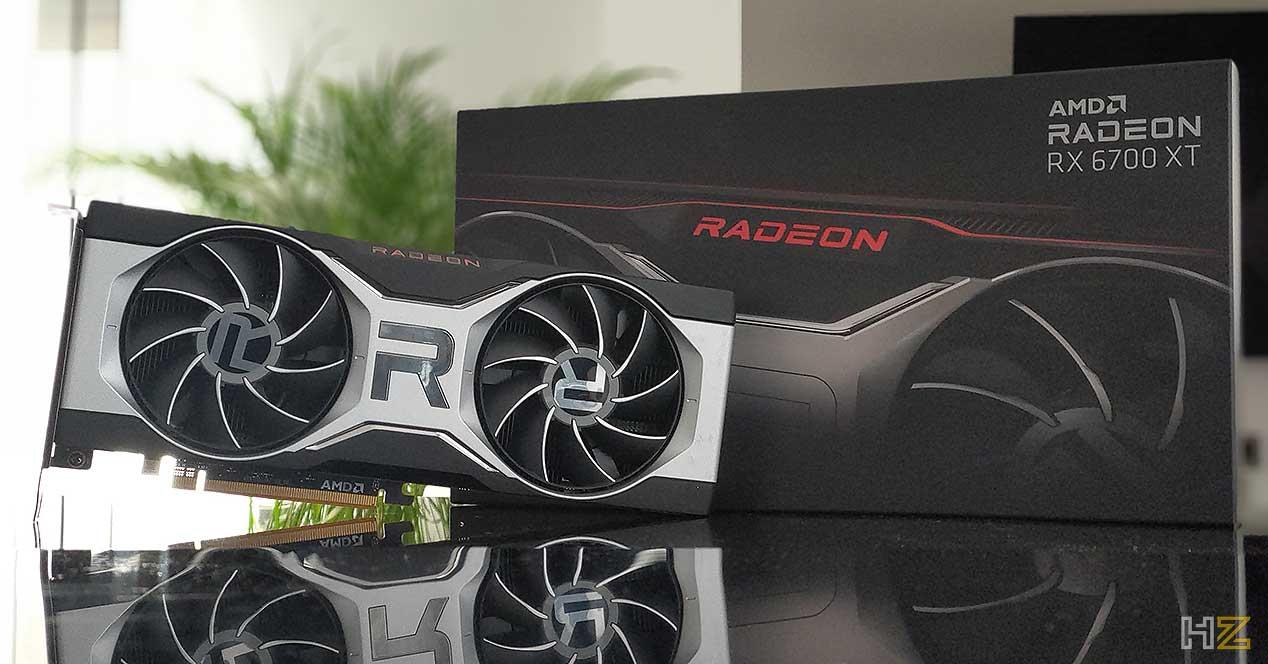 In this GPU we set the maximum GPU frequency to 50% and increase the VRAM clock by +150 MHz, leaving the power limit where it is by default. So you can expect to get around 47 MH / s with a power consumption of 120 watts, so it’s not bad at all.