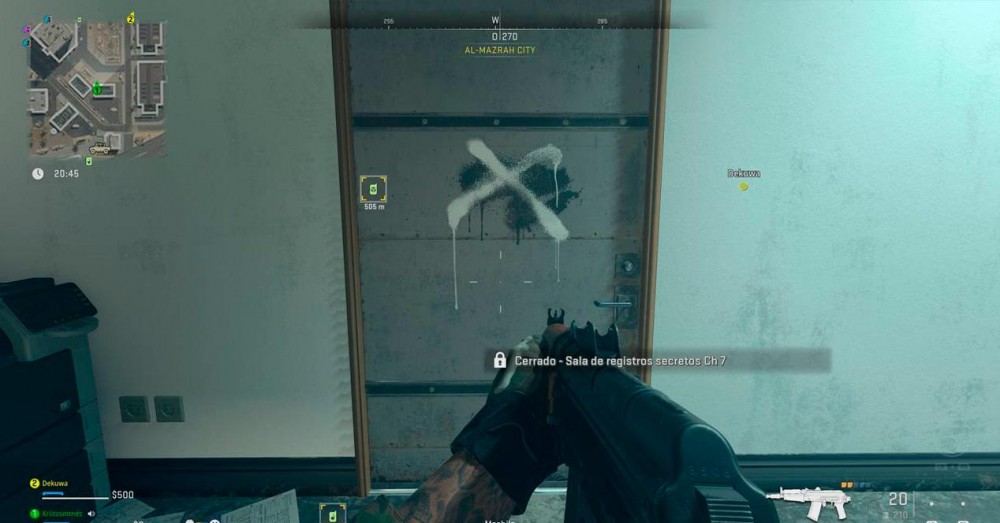 It is possible that at this point you are still involved with the issue of DMZ keys , the extraction mode of Warzone 2.0. These keys are used to open fortresses and hidden places that hide small loot with which to get weapons or extra accessories to extract, however, the problem is that it is not easy to find all the keys necessary to open all the doors. But what if you could open the doors without the need for a key?

The Glitch of walking through doors

The typical glitch of walking through walls is not new. Somehow or another users have always encountered errors that cause jumps between map elements and visual errors that were apparently not present. These are silly bugs that are sometimes hard to detect, but when they are detected they affect you in two very different ways: either they are a real problem that affects the game experience or they serve to cheat. Today we have a case of the second type.

Unlocking Strongholds without a key

Never before has it been so easy to open a Stronghold . As YouTube user MetabeTV explains, you just have to work as a team (in pairs), have a vehicle and try several times. The trick works really well, it is very easy to do, since what it does is the following:

Although the trick is great and will allow you to teleport inside the building you are trying to open, you must take into account that normally the Fortresses are highly protected by groups of quite aggressive enemies , also finding enemies protected with shields.

By this we mean that when you magically enter the interior of the building, you will most likely immediately encounter a heavily armed group that will take you down in a matter of seconds, so be careful with that. On the other hand, the doors of secret rooms belonging to places like “cabin key” would be easily accessible, and considering that there are no enemies there, the trick will save many turns in search of the original key.

Will this glitch go away?

Considering that this is such a harmless and absurd glitch, the next update will most likely fix it quickly, but we must keep in mind that the bug has been around since the Verdansk map was released , so it might stick around. with us for a long time.

The point is that in the DMZ being able to go through doors helps to get things that require previous steps, so it could be considered cheating. For that reason, we believe that it will be patched soon, so if you want to try it, you better do it as soon as possible.

Thanks Pepe for the warning.