We have already talked about it on other occasions, getting all the Pokémon available from Pokémon GO is an excessively complicated task. Mainly, because we cannot force the appearance of a specific creature as it happens in the original deliveries. To this we must add the various forms that each of them has.

In the virtual reality game for mobile phones developed by Niantic, we can find the Alola and Galar version of some of them, but others have also been introduced, such as the dark Pokémon and the lucky Pokémon. The latter are of great interest, since nothing similar had ever been seen before. The variety of creatures you can get in Pokémon GO is overwhelming and among them all are the lucky Pokémon. These are characterized by a halo of light or brightness around them. In addition, just below its name you will see how this property is indicated.

This unique characteristic is not due to any particular factor, rather it is completely random as far as Pokémon in the wild are concerned. Something that is practically impossible given its low probability. That is why the most efficient method to get one is through the exchange with another player. 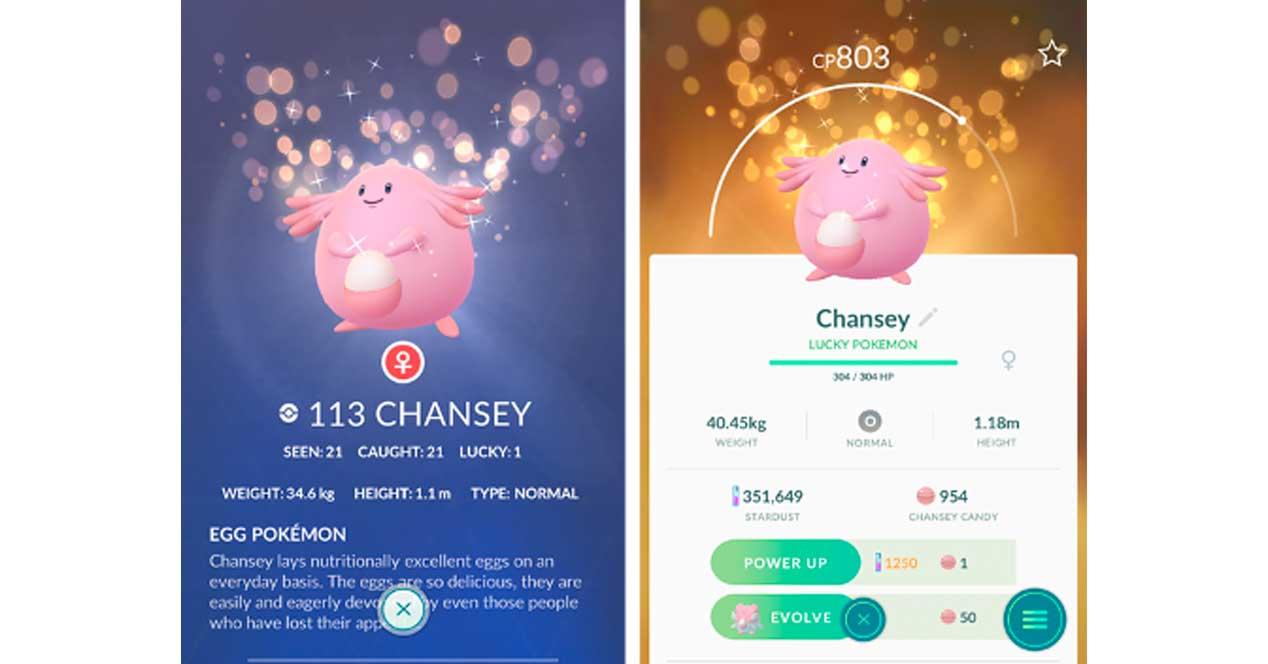 You should know that when transferring one of your creatures there is a fairly high chance that it will appear with luck. In fact, the developer herself confirmed that it increases depending on the age of the Pokémon in question. For this reason it is convenient that you keep an eye on the capture date .

In the event that you did it between July and August of the year of its launch (2016), it is totally certain that you will obtain it with this trait. Be careful, because abusing it implies that the percentage drops significantly, it is worth thinking calmly about which ones you want to take advantage of this particularity.

What’s so special about them?

Acquiring this type of Pokémon provides not only that bright aura that surrounds them, but also a large number of advantages that will transform your creature into a much stronger one. This is caused by the properties granted by the Luck state, which among others are:

It should be noted that evolving a lucky Pokémon will not cause it to lose its condition. On the other hand, it is important that you add your friends to make exchanges. This way you make sure you get one of them. For this you can find a large number of forums on the Internet where trainers share their friend code so you can add them without delay.