The production of solar energy both in solar parks and in small self-consumption facilities has increased in our country in recent years. More and more people are opting for responsible consumption and decide to install solar panels in their homes, since it allows us to save in the short and long term as well as having little impact on the environment.

Solar energy and the installation of solar panels take advantage of the sun’s energy to convert it into electricity. If we make the decision to install solar panels, it is not enough to just go buy them and place them on the roof of our house, we have to have a series of permits and authorizations to start benefiting from their advantages. But how do solar panels work? Operation during the day

The operation of solar panels is mainly based on the photovoltaic solar cell that is responsible for transforming solar energy into electrical energy through photoelectric energy. The panels are made up of a series of photovoltaic cells made up of layers of silicon with phosphorus and boron. Thanks to solar radiation they are capable of generating an electrical charge. This energy is transformed into alternating current through an inverter so that the energy that we are going to consume during the day can be supplied by the solar panels.

When solar cells are exposed to the sun, photons move electrons from the negative part where there is excess charge to the part where it is lacking. As the photons release electrons , more electricity is generated. The electrons that are not used or that come from the air gusts return to the negative panel causing the whole process to start over. 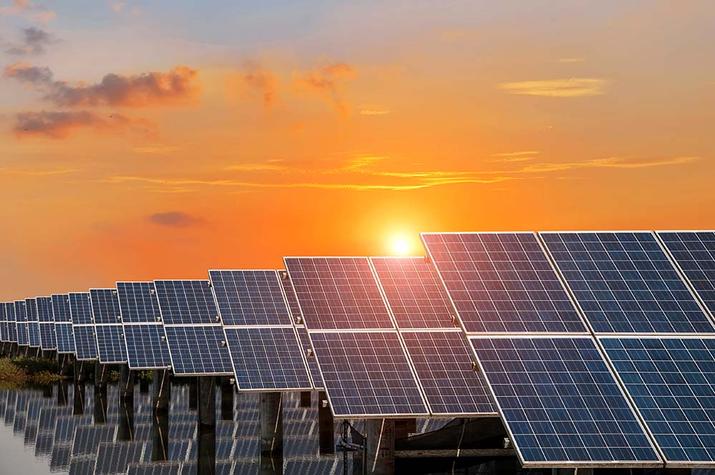 As we have explained previously, solar panels allow us to take advantage of the clean and renewable energy that the sun provides us. Although solar panels are more efficient and productive when they absorb direct light on sunny days, they can also remain productive on cloudy days, even at night.

Both the technology of the solar panels and the type of cloud thickness can influence their performance. Photovoltaic solar panels are capable of using indirect light to generate electrical energy. Although solar panels continue to work even when light is reflected, on average they usually generate between 10% and 25% of their normal production on cloudy days. After the clouds, the rains usually come and although a priori it surprises us, the rain helps the panels work better. Rainwater carries away the dirt accumulated on the panels, allowing them to absorb sunlight more effectively. 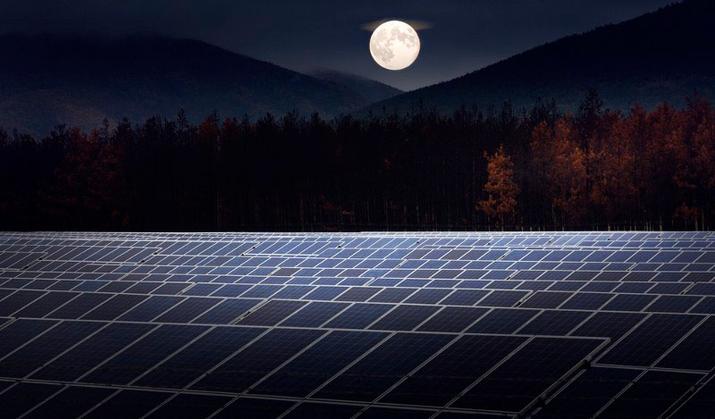 Solar panels that work at night

A group of scientists from the University of California affirms that it is possible to develop and design a model of solar panels capable of remaining active at night. These honeycombs would be capable of generating 25% of the electricity that a solar panel produces during the day by capturing the invisible infrared light of the Earth.

According to the researchers, this nocturnal device would have a thermo-radioactive cell capable of generating electricity from radioactive cooling. These types of cells are already under study in areas such as the manufacture of parts where they are used to convert waste heat into electricity.

Jeremy Munday, an engineer and computer scientist at the University of California, says that “in these new devices, light is emitted and current and voltage go in the opposite direction, but energy is still generated.” While a conventional solar panel is made of silicon, to capture extremely long wavelength light at night, it is necessary to use other types of materials. Munday is currently experimenting with mercury alloys that appear to be optimal for this purpose, since the physical basis is the same.