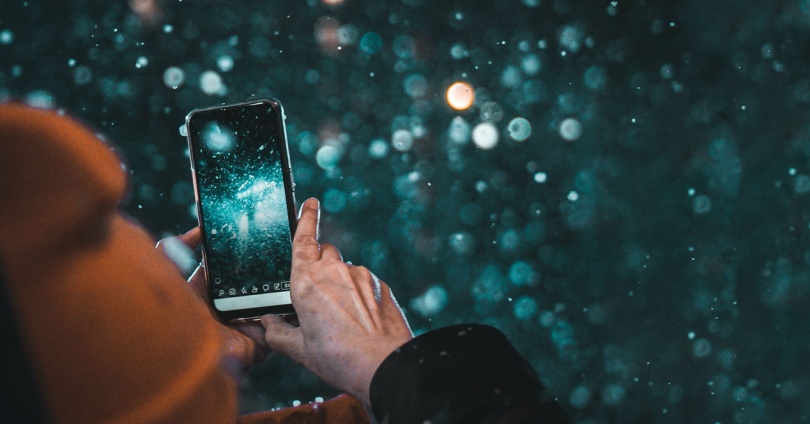 Mobile phones are increasingly focused on getting quality multimedia content and something essential for this is to use the video stabilizer , with which we manage to eliminate tremors to achieve results closer to the or professional. This tool that a few years ago did not exist or was expected in mobile phones, began to reach high-end smartphones little by little, now being present in almost all terminals regardless of the range.

So that you can get the best result yourself, we must know how to take advantage of the stabilizer and know how it works, since not everything depends on the hardware or software. The user is also very important and that is why we are going to give you some tips that will allow you to improve the results with the video tool on your mobile.

The function of the video stabilizer and its keys

As the name itself indicates, with this possibility we will be ensuring that the video does not have wobbles, vibrations or other movements that spoil the image that we are filming with the device. However, it is important to mention that there are two types of stabilizers for mobile phones that differ in the results and technology applied to them, although as we will see later, their activation is not different in smartphones or is combined in all of them. The first type of stabilizer to mention is the one known as optical (OIS) that is present in smartphones more focused on multimedia content and usually in the high-end or higher-priced terminals. In this case, it achieves a stable image thanks to an advanced system of prisms that manage to keep the image in place despite our movements or vibrations. On the other hand, in the cheapest ones we come across an electronic one (EIS) that manages to improve the image through artificial intelligence that compares what we are recording with what was expected to compensate for those unwanted movements.

But even if our mobile has this advantage, it is essential to activate it and configure it correctly or else we will not be able to benefit from its advantages. Beyond that, we cannot trust the entire result on this advantage either, as it is key that we firmly hold the device, trying to hold it as best we can with our hands and perfection is provided by technology.

Steps to activate the video stabilizer on mobiles

Before we start recording, it will be important that we put into action the stabilizer of the smartphone , although very probably you had not even thought that there is an option designed for it in those that integrate it. This option changes depending on the personalization layer, although it is true that many mobile phones of the main brands avoid this option so that users do not have to worry about activating or deactivating it and always have the best result, while others prefer to make you choose, since for some situations this advantage may not be what we need.

We start by configuring the camera tool on Samsung mobiles , which do not present any difference between terminals with EIS or with OIS, all of them integrate in their camera options the option to put it to work or deactivate it in a matter of seconds. All you have to do is open the native camera app, tap on the settings wheel, go down among its options and tap on activating the stabilizer so that it begins to improve our recordings with its best technology. An identical step in the case of mobile phones with stock Android, such as the Google Pixel, Nokia or Motorola. In the terminals of the BBK Electronics group, which integrates the Vivo, Realme, OPPO and OnePlus models, we find the option to activate or deactivate the video stabilizer in the higher-end terminals, disappearing from those smartphones of the mid-range or the input range. In all of them the step is very simple and similar, because we only have to open the camera, pascual sips video and touch the button that refers to the vibrations to start it or stop it. If we buy the result between both modes, we can see the great difference that this mode results.

Why doesn’t the option appear on my mobile?

In case we have been trying to activate the function and we have not found it with the steps that we have commented previously, it may be mainly due to the fact that our mobile does not have a stabilizer because it is an affordable terminal, although it could also be a from one of the brands that do not allow you to activate or deactivate the option such as Xiaomi or Huawei among the most popular. The manufacturers decided to integrate this function in their smartphones and if our mobile has it, it will always be active, while if it does not integrate it, there will obviously be no way to put it to work.

However, other users have found that the stabilizer has stopped working, whereas previously they could use it, which may be due to several reasons that we will try to solve. The first and most important of these may be due to a manufacturer update that has removed the option to make it work by default as more manufacturers are starting to do. To clear up doubts, we just have to record a video and check for ourselves in the video display if it works or on the contrary it does not.

Another reason why video enhancing technology may have stopped working is because we have changed the resolution and / or video frames. Our device has an option within its settings to allow us to exchange the resolution between HD, Full HD or 4K, depending on the model, which is also accompanied by a different frame rate. In some smartphones it is only possible to use the image stabilizer at 30fps, which is the most common standard, so we have made modifications, we could run into errors that prevent us from a good development no matter how hard we try to solve it. This also happens with slow motion recording, where it is not possible to make use of this possibility with the best result.

Of course, we cannot forget about the lens change, where in many cases the wide-angle camera of our mobile does not have this added point either while the main sensor does (or another of the lenses that we can use to record). We will have to be very attentive to it to use that camera that offers us the best video result.