The Internet browser has become a basic program in our day to day with the PC. Therefore, if there are problems with it, such as the crashes that Google’s Chrome 90 is now suffering, it can become a problem .

We tell you this precisely because an error in the last update of the program, causes the browser to constantly crash in Windows 10 . This is something that is being seen by the reports of the users themselves. Apparently this problem affects Google Chrome 90 only on Windows 10. 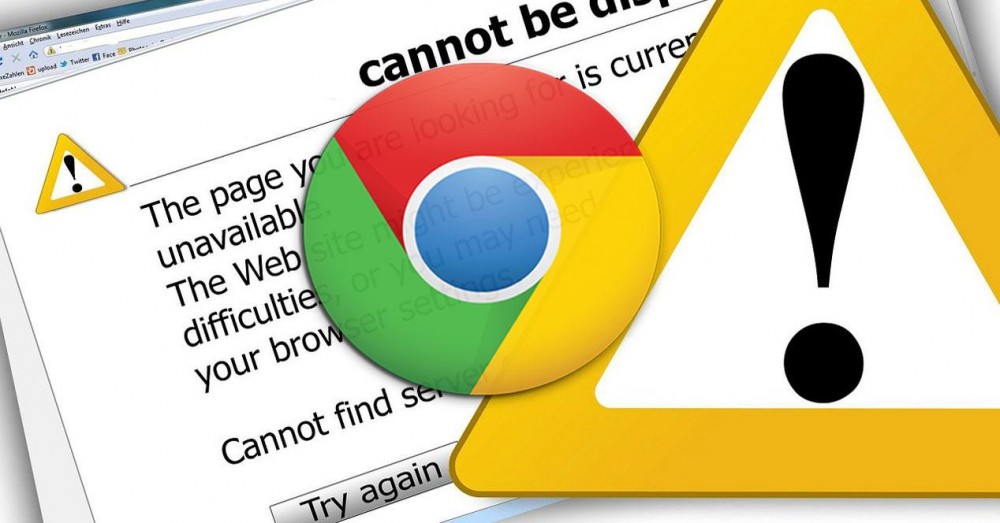 Consequences of Chrome 90 crashing after updating

Specifically and to give us an idea, this crash occurs when updating to Chrome 90 randomly. There doesn’t seem to be a pattern, but some users have pointed out at least one specific circumstance. And it is that after loading an extension or when the extensions are loading, Google Chrome immediately crashes in Windows 10.

When this happens, a system prompt may appear or you could suddenly find yourself on your desktop. In some cases, Chrome launches correctly but extensions, settings pages, and tabs hang. Among the problems that we are going to find in this regard, we will see that the browser refuses to start, the tabs appear without a title or an extension suddenly blocks completely.

It is worth mentioning that if we find the failure that we mentioned, restarting Windows or the browser itself is not enough to solve them.

Reason why the program crashes

This is a bug that many users have suffered after installing the most recent version of the program. Therefore, it could be considered as a generalized failure at a global level.

Fortunately Google seems to be aware of the problems we are talking about. Thus, from what has already been known, it has been reported that the problem is due to the user’s data directory . This is the one used to store the information related to the browser, locally. Therefore, to prevent Chrome from crashing, we will have to follow the steps that we describe below.

For all this that we tell you, before Google sends a new update that fixes the bug, we open the File Explorer . Then we are on the following route:

Here we delete the Local State file after backing it up to another location. 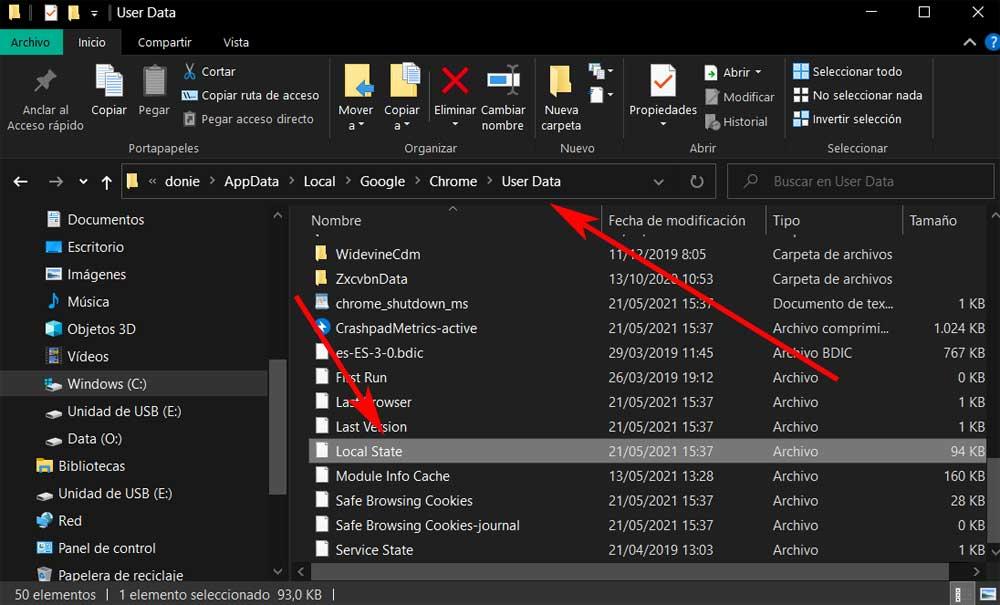 If it continues to fail, we go to the same disk path mentioned above and make a backup copy of all its content. Then we change the name of the User Data folder to another that has nothing to do with it and we restart the program as such. And if this also fails, we will have to use the registry.

The first thing you do is uninstall Google Chrome from the Control Panel and delete the Google folder from this path:

In the same way, we delete the Google folder from the path:

After all this, we open the Registry Editor and delete the Google elements from the two routes that we mention below: 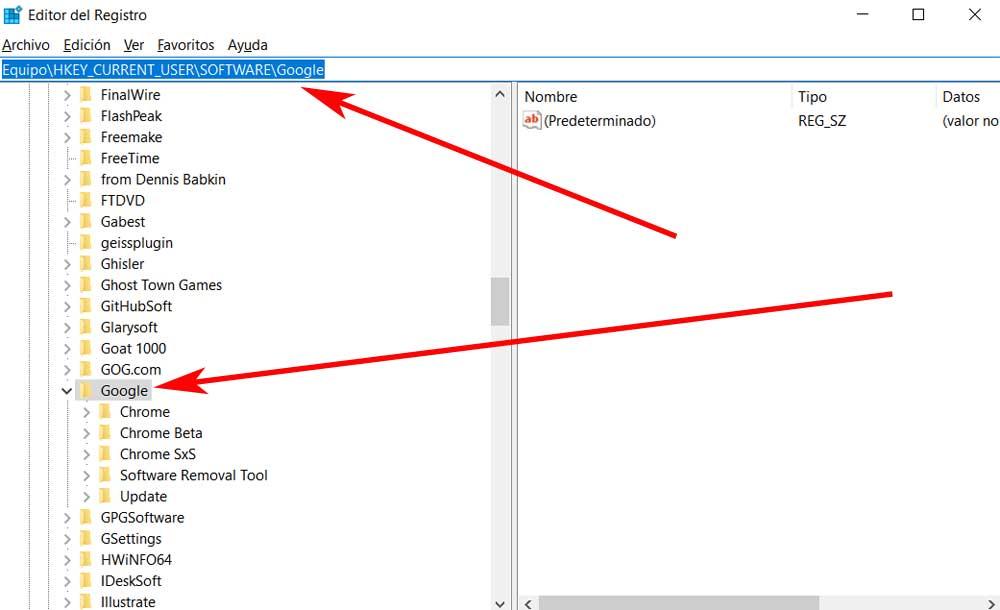 Once we have deleted all this, we have no choice but to reinstall Chrome on the PC from this link .