Firefox is the Mozilla browser that seeks to stand up to Google Chrome, being, today, the second most used web browser. This browser differs from that of Google for being a completely open source browser and for taking much better care of users’ privacy. Like Chrome, Mozilla offers users a stable browser branch, a more advanced but unstable beta, and a Canary updated daily with great instability. However, in addition to them, the company has a lesser-known edition called ” Firefox ESR “. What is this version? Is it the one that best suits my needs?

What is Firefox ESR Firefox ESR is one more edition of the Mozilla browser focused on a very specific audience : users who do not want or cannot update every few weeks. The main characteristic of these editions is that the new versions come out once a year (more or less), specifically every 10 versions of the main browser. This means that, starting with Firefox 68 ESR, the next ESR to be released has been Firefox 78 ESR.

However, in the meantime, with each update of the browser, patches that correct errors within each ESR version are released, patches that arrive numbered 68.1 (when Firefox 69 is released), 68.2 (with Firefox 70), 68.8, etc. With the arrival of Firefox 78, Firefox 78 ESR is released, which brings all the news included during these last 10 versions, and starts again with new maintenance updates.

Each ESR version continues to update for two more cycles . That is, Firefox 68 ESR will receive updates until Firefox 80 is released (which will be version ESR 68.12), and, from this moment, the browser will be unsupported, having to make the jump to the newer ESR.

Like the normal version of the browser, the ESR receives emergency security patches, which are reflected in another subversion (for example, Firefox 78.0.1, 68.5.2, etc). 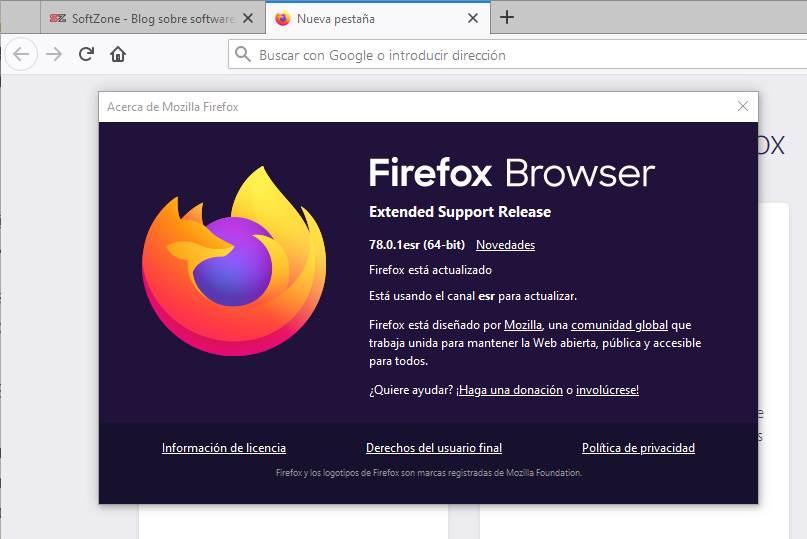 Although its main feature is long-term support, this is not the only feature provided by this branch of the browser. The ESR version is a version that has more privacy compared to the other editions, since it is focused on companies. In it we can see an improved tracking blocking system, as well as support for DNS over HTTPS activated by default.

It also has an installer that allows you to install the browser from a central computer to all the computers on the network (both Windows and macOS) instead of having to do it one by one. This browser is also designed to be configured remotely so that administrators can enable functions, disable them and control all the operation of the browser.

In addition, it allows system administrators to schedule updates , reducing impact and improving the experience for all company workers.

Differences from the normal version

Broadly speaking, the same normal version and ESR usually bring the same characteristics . For example, Firefox 78 and Firefox ESR 78 are practically the same. Of course, the ESR version usually has some features disabled by default (although we can enable them if we need them or want to use them) as they are not considered essential or stable enough, as is the case with WebRender or MITM Detection.

Where the differences begin is from the following versions. For example, Firefox 79 will bring a series of new features and changes that will not be implemented in Firefox ESR 78.1. And the same will happen with Firefox 80 and ESR 78.2. So until the launch of the next ESR, which will be together with Firefox 88, and which will bring all the changes released from version 79 to 88. 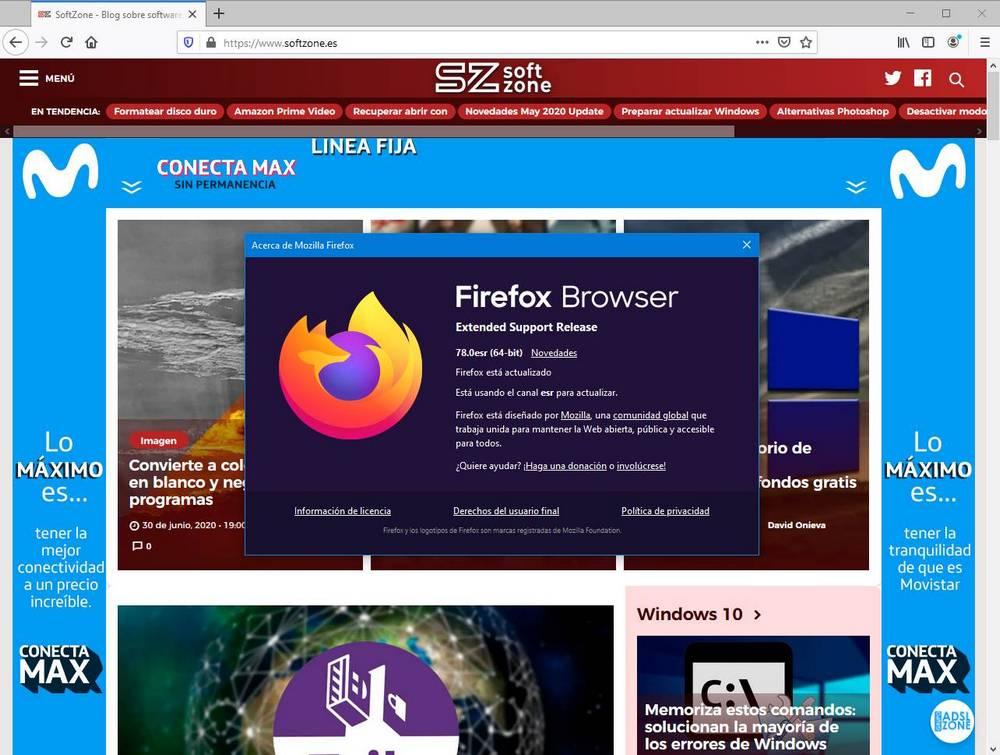 Another difference of this version with respect to the normal one is when it comes to installing extensions. Firefox ESR does not require that these be signed, which greatly facilitates the development and installation of private extensions within companies. In addition, ESR can use the certificates installed in the operating system without problems, without having to install them within the browser’s certificate manager.

Which edition best suits your needs

If you are one of those who likes to be always up to date, using the ESR edition implies going one step behind . Therefore, this edition is not as popular with home users as the regular edition. However, there are always users who place more importance on stability and performance than the latest features and functions. And in that case, this is the edition they should choose.

Although Firefox ESR is available to all users, this edition is intended primarily for business . As we have seen, its main features include the MSI installer for massive network distributions and the possibility of configuring the operation of the browser through policies. In addition, once a version is installed, it will receive security fixes for more than a year, so there is no need to plan any more updates (with the complications that this implies) for a year, or more.

In summary: we should choose Firefox ESR when:

For everything else, it’s better to go for the normal versions, be they the stable branch or any of the development editions. Especially if we like to be up to date and get the most out of Firefox.

Of course, Firefox ESR is a completely free edition of the browser. Although it is focused on companies, any user who wants to take advantage of its features and forget about new versions (and new problems) for a year, can choose this version for him.

The new Firefox ESR can be downloaded for free from the following link . The installation is the same as that of any of the other versions of the browser. Of course, we must bear in mind that, contrary to what happens with the Nightly branch, Firefox ESR overwrites the normal version of the browser. We can only have one of these two versions installed at the same time.