Although we have been talking about the most recent update of features that Microsoft sent for Windows 10 for several months, its staging was a few weeks ago. Specifically we refer to the May 2020 Update or 2004 version of the operating system.

Well, as expected, it presented some problems in teams around the world, something that does not stop, as we are knowing now. We tell you this because at the moment, some users who try to update receive a new configuration error in Windows 10. Specifically, they find a message that the configuration of the PC is not compatible. The truth is that it is somewhat confusing, since the error does not give any clue of what configuration is blocking the update. As is easy to imagine, this means that users cannot receive the Windows 10 May 2020 update. To say that mima is initially available to computers running the 1903 and 1909 versions of Windows. In this way, those who press the Check for Updates button, in theory, can receive and update to the 2004 version . In this way and as usual, Microsoft is gradually rolling out the new Windows 10 update.

But reports are coming to Microsoft forums from certain users that when they try to upgrade to Windows 10 2004, they get an error message. This indicates to those affected that there are several things that need our attention to continue the installation and maintain the configuration of Windows, personal files and applications.

A dialog box appears informing the user that the PC cannot be upgraded to Windows 10. The reason is that the computer settings are not yet compatible with this version of Windows 10. At the same time it indicates that Microsoft is working to settings to be supported shortly. It also makes it clear that Windows 10 will be offered automatically when it is supported in your settings.

Of course, apart from knowing that we cannot receive the new version of the system, the message makes little more clear to us, so we can do nothing more than wait.

Of course, at this time a Microsoft employee has provided a generic solution to the problem mentioned by affected users. The same happens, on the one hand, by updating the hardware drivers from the Control Panel . At the same time it is recommended to disable kernel isolation. We do this from the Settings Update & Security application / Windows Security / Open Windows Security / Device Security / Kernel Isolation. 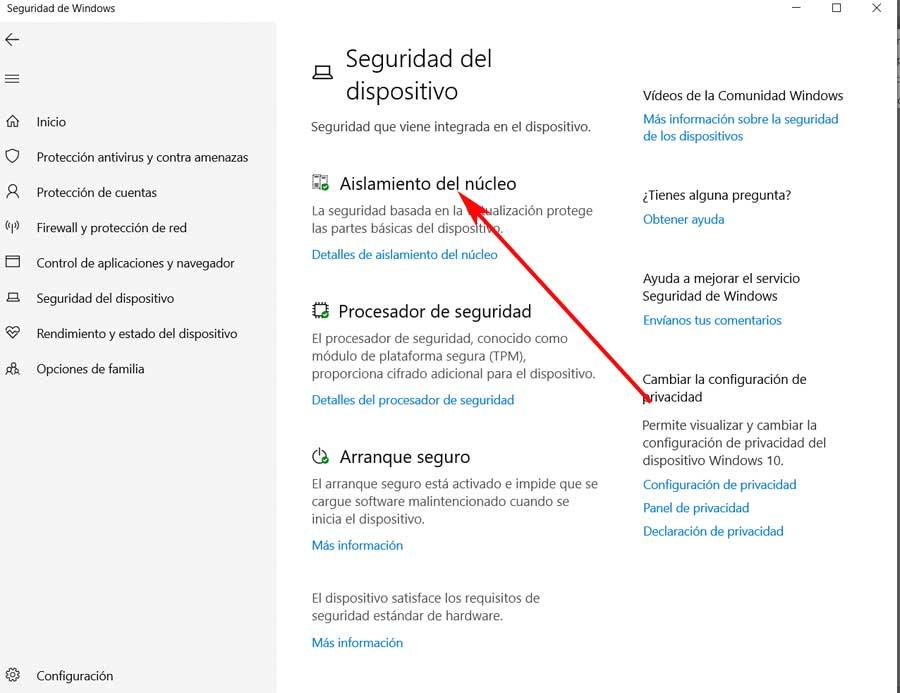 It’s also worth knowing that some affected users say they were able to overcome this by installing Windows 10 2004 offline, so it’s worth a try. Here, what we must do is completely disable the Internet on the computer, restart it and install the ISO of the update. Once the process is completely finished, we can reactivate the Internet again.

We should know that at this point, Windows 10 version 2004 has a lot of known problems . But as expected, Microsoft will gradually solve them.