Windows 11 was released last Monday. Microsoft‘s new operating system introduces numerous changes inside and out, with a new interface and performance improvements. However, not all computers can install it, as there is a multitude of hardware that is not natively compatible with Microsoft’s demanding minimum requirements. However, you can easily skip it with this trick.

Microsoft announced that it would be mandatory to have an 8th generation Intel Core processor or an AMD Ryzen 2000 to be able to install Windows 11. To that was added the obligation to be able to activate Secure Boot and have a motherboard with a TPM 2.0 module, already either integrated or connected to the motherboard in a specific connector that many have. During this summer, the version of Windows 11 for Insiders has been available for all computers without hardware limitations. Microsoft said at all times that this was not going to be the case after the release of the final version. However, a few weeks earlier they said they had changed their mind, and anyone would be able to install Windows 11 on their computer. The problem was, if you didn’t have a compatible computer, you weren’t going to receive security updates.

And so it has been in the final version. Using the ISO it is possible to force the installation of Windows 11 on any computer. To do this, you just have to do the normal installation, and as soon as it says that we do not have a compatible computer, you have to press Shift + F10 and type regedit. Inside the Windows Registry , we go to HKEY_LOCAL_MACHINESYSTEM and there to Setup , and we create three new keys with value 1: BypassTPMCheck, BypassRAMCheck and BypassSecureBootCheck .

After doing this, we can continue the installation as usual. The problem can come later, or even if we try to update from a previous version, where Windows 11 blocks all kinds of updates. For this, Microsoft has even created an official help page in which it guides us to skip the requirement of TPM 2.0 or a specific processor model.

To do this, we have to go to regedit, and there go to the path HKEY_LOCAL_MACHINESYSTEM, Setup and then MoSetup . In that section we have to create a DWORD called AllowUpgradesWithUnsupportedTPMOrCPU , and assign it the value 1. 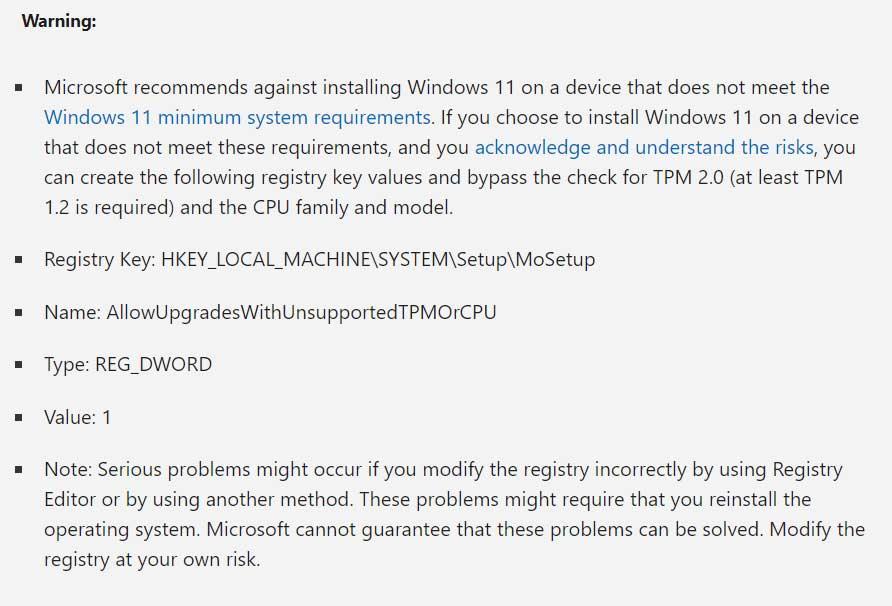 After this, we restart the computer, and any computer with TPM 1.2 or later will be able to install Windows 11 and receive updates on it. TPM 1.2 was released in March 2011 , so virtually all Intel Core can run smoothly with Windows 11. 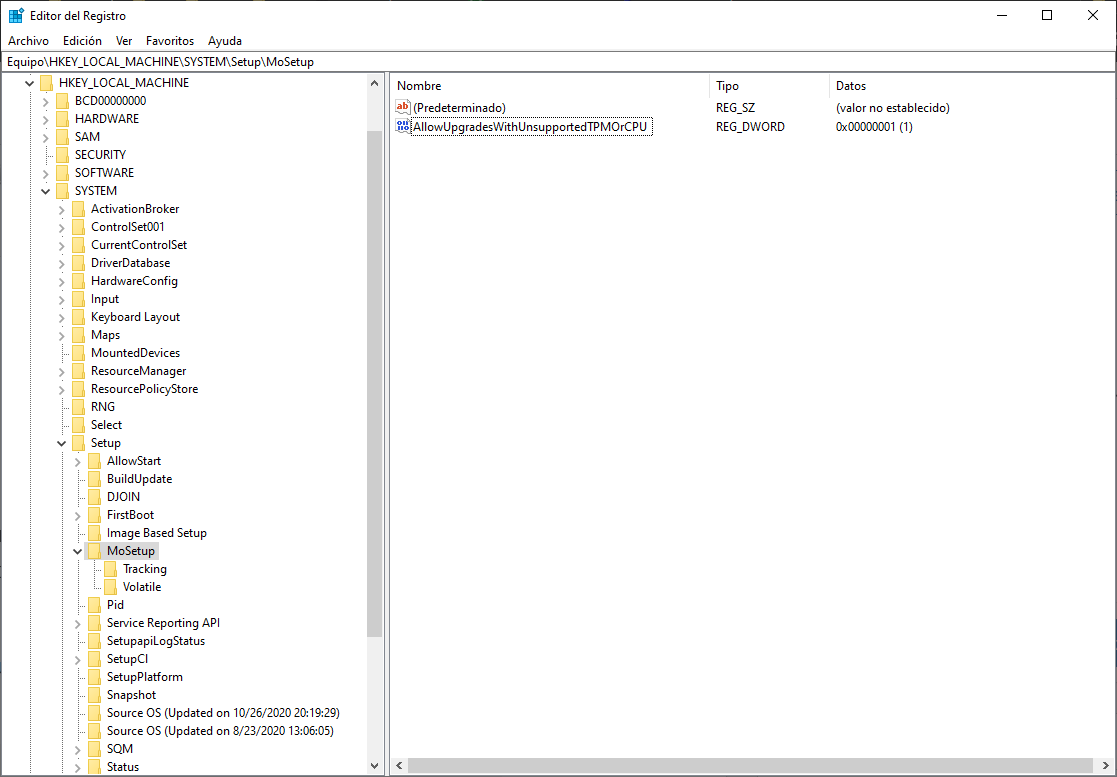 Therefore, it is appreciated that Microsoft has opened the hand to older computers receiving Windows 11. This is important, since on October 14, 2025 , Windows 10 will stop receiving security updates , and it will be mandatory to use Windows 11 if we want be protected against vulnerabilities. With this trick, we can update without worries to this new version. If your PC is not compatible, it is better that you continue using Windows 10 until 2025, and then upgrade to Windows 11 or change computers.

The Windows 11 release has had a few compatibility and performance issues, but surprisingly there have been no serious bugs to report. Hopefully Windows 11 will stop Microsoft from releasing buggy updates.