If you want to be a complete Pokémon GO professional, we advise you to take a look at this guide. In it we include information about the process of capturing, evolving and fighting Pokémon, as well as the objects you can get and other tips of interest to become the best trainer.

The Pokémon virtual reality game for smartphones is very different from the classic installments of the saga and it is precisely for this reason that you may be a little lost. There are many new mechanics that you should review, so pay attention, because throughout this publication we will teach you both tricks and recommendations that will be of great help on your way. 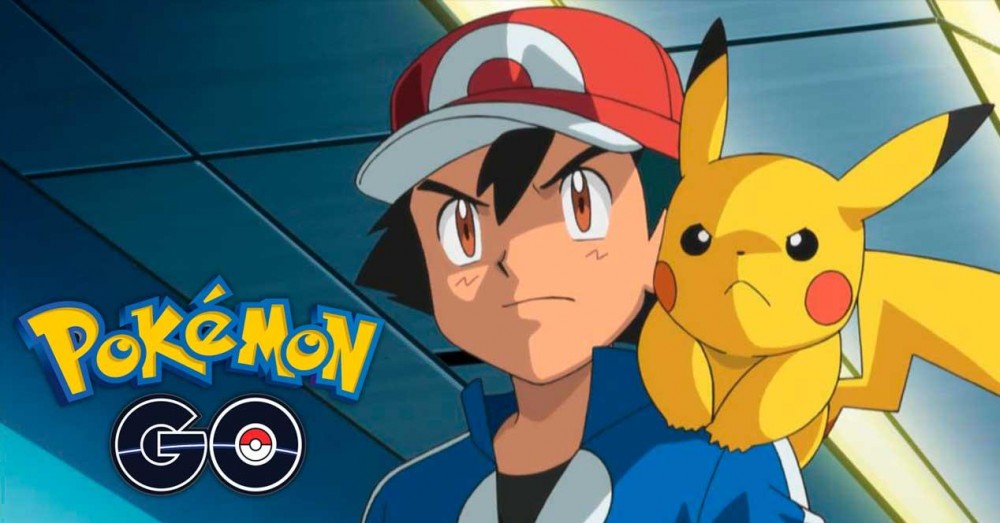 How to catch a Pokemon

The first thing we are going to talk about in this Pokémon GO guide is about the main action of the entire saga: capturing a Pokémon. In Niantic’s work for mobile phones, the procedure for this is completely different from what we knew, since this time it is impossible to weaken it, otherwise we will have to take advantage of certain elements for it, which we expose below so that you understand it in a way simple. 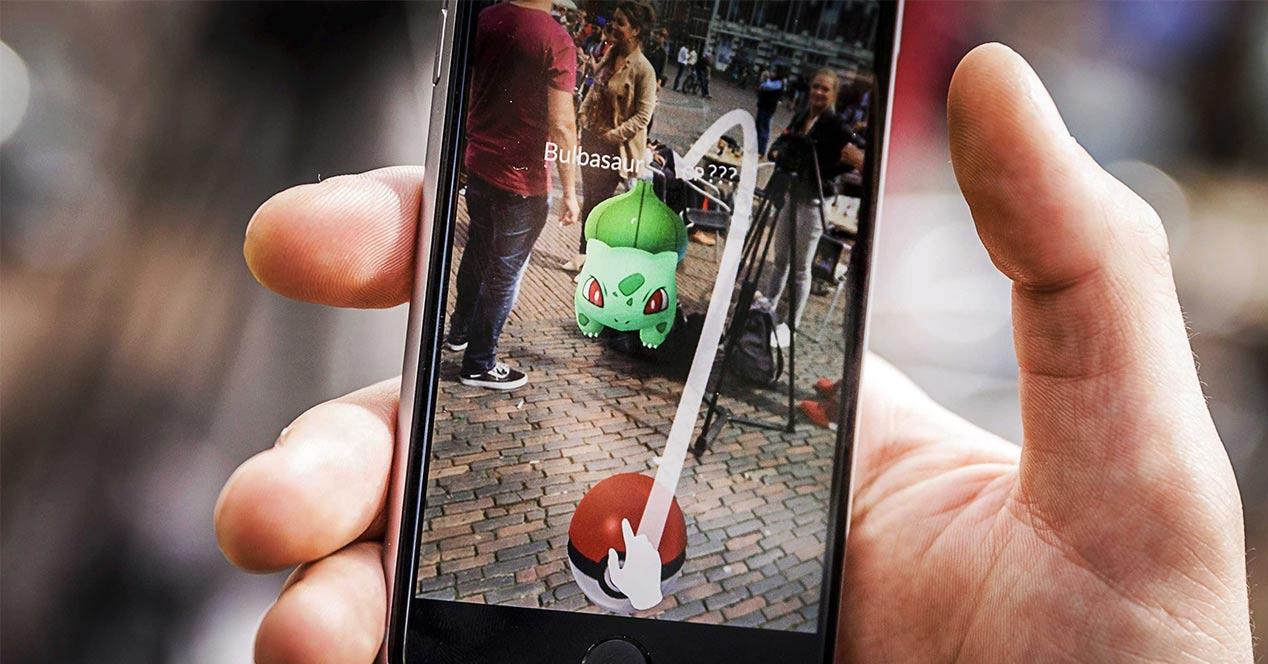 In all Pokémon games you have different Poké Balls at your fingertips to capture, although in Pokémon GO there are not so many options in this regard. There are only four typologies and some of them are only available at certain times:

Take advantage of the berries at your disposal

Berries are another element present in the main Pokémon games, although in Pokémon GO they have a different purpose. The key difference is that there is not so much variety and there are only 5 berries that you can use in full capture to facilitate the process , which are the following:

Now that you know the objects that are in Pokémon GO to make capturing a Pokémon easier, it’s time to learn about other tricks that you must apply yourself. These are the precise shots with effect, which combined can guarantee 100% capture .

Surely you have noticed that when you grab the Poké Ball to launch it, there is a double circumference on the Pokémon in question and one of them progressively reduces its size until it restarts. The ideal in this sense is to hit and throw the Poké Ball when it is as small as possible to increase the probability of capture and experience gained.

On the other hand, another factor that you can take advantage of is the spin shot. If you start spinning your finger quickly while holding the Poké Ball, a trail will appear indicating the effect. Throw the ball and try to hit the target, although it may be difficult at first, but nothing that practice won’t fix.

Find out what Pokémon are near you

It is important to constantly check the Pokémon around you to see if you need any to evolve later. You can do this from the game map itself, because in the lower right there is a section where those that are close to your location appear next to the Poképarada where they are located. 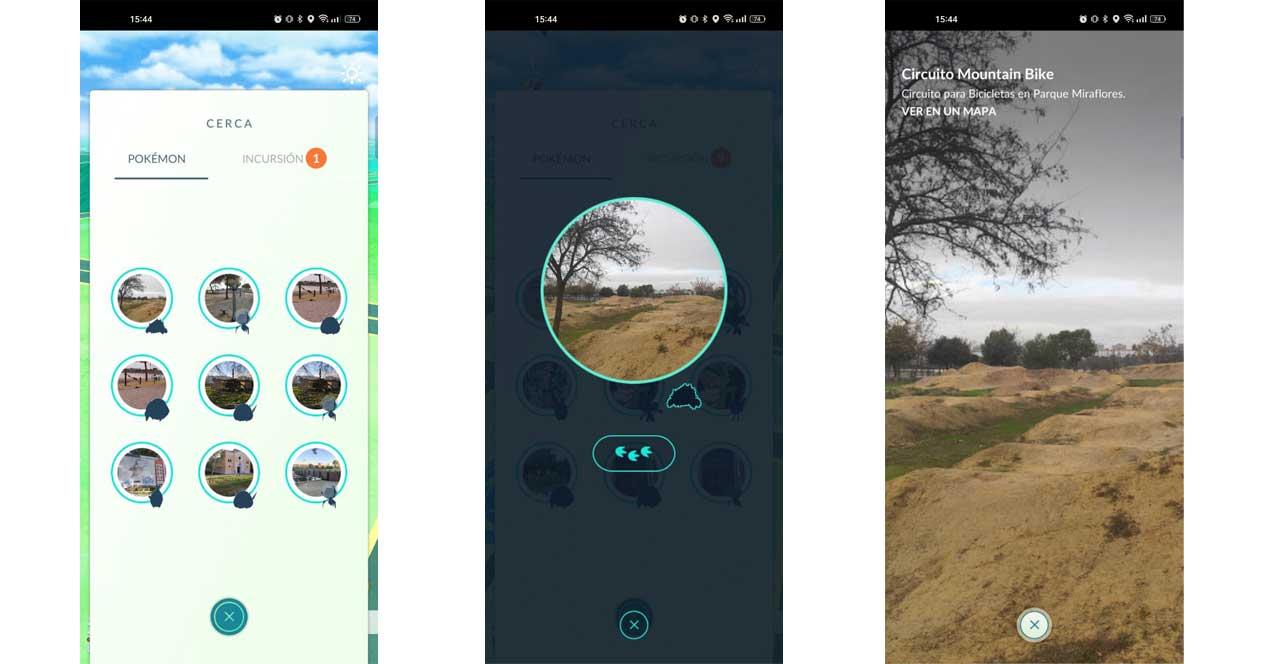 On the other hand, during the first years since its launch there were collaborative platforms where players could point out on a map the Pokémon that were occupying a certain area. However, Nintendo decided to remove most of them, but there are still some like Pokemap that are still around.

Weather conditions are important when searching for and hunting Pokémon. This causes not only that the power of certain creatures is greater, but that one or the other appears depending on the weather. So you should keep in mind that if you are playing under these forecasts, these types of Pokémon will appear more frequently:

How to get Legendaries in Pokémon GO

Everyone wants to have a Legendary on their team to intimidate their rivals, and in Pokémon GO these mythical creatures are also present. However, to get them you will not have to enter a frigid cave or a burning volcano. The method to capture a Legendary depends entirely on the Pokémon, as there are some that can only be acquired at certain times, although they generally belong to Raids. Anyway you can check all the ways below: 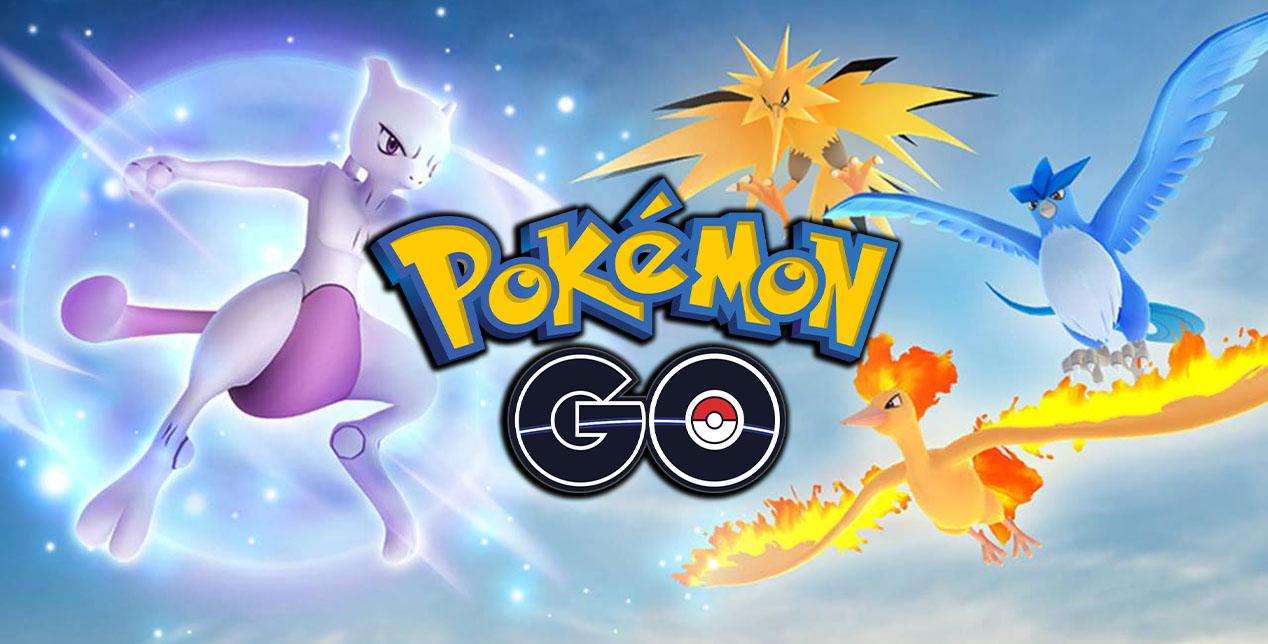 Evolution involves the transformation of a Pokémon to increase its strength and is a fundamental element to get the best Pokémon GO team. In the Niantic game there are no levels as such, so it is impossible to reach a specific one to evolve. The process to evolve in this case is based on candies that you get every time you capture a certain species. 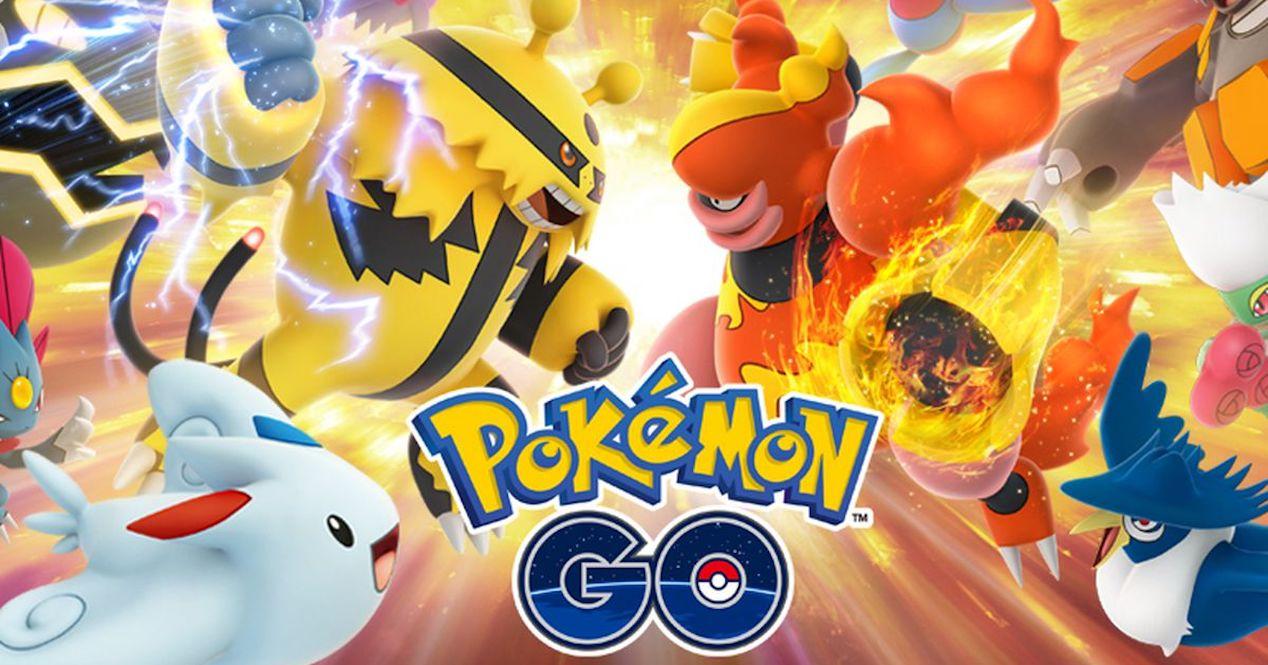 This means that each Pokémon has its own candies and we advise you to capture whenever you have a pending evolution to have the necessary ones to proceed with the transformation as soon as possible. Of course, the number of candies that it requires varies depending on the Pokémon.

Get candy just by walking

Choosing a Pokémon as a partner is one of the most interesting novelties that Niantic introduced years ago. Thanks to this option you can choose a creature to walk next to you and when you reach a specific distance you will get a candy of that species. A very simple way to get candy from those Pokémon that do not usually appear frequently. To do this you have to access your profile, click on your avatar and select the one you want.

Discard a Pokémon to get candy

Another alternative to get more candies is to access your Pokémon inventory and discard the repeated ones . Here you have to take into account the form in which the Pokémon is, since they will not give you the same one in its first evolution as in its second. You have to be very careful before eliminating if you don’t want to lose one of your best Pokémon, so select the “assess” option to see if it is a good specimen.

How to open Eggs

Eggs are another element that we could also find in the classic Pokémon games. To open them you had to go a long way to get the surprise and in Pokémon GO there are no big changes. Mainly, because in order to get a Pokémon from an Egg you will have to walk for a certain distance, which determines the creature that can hatch. This means that there are different Eggs, but they all have the same opening procedure: 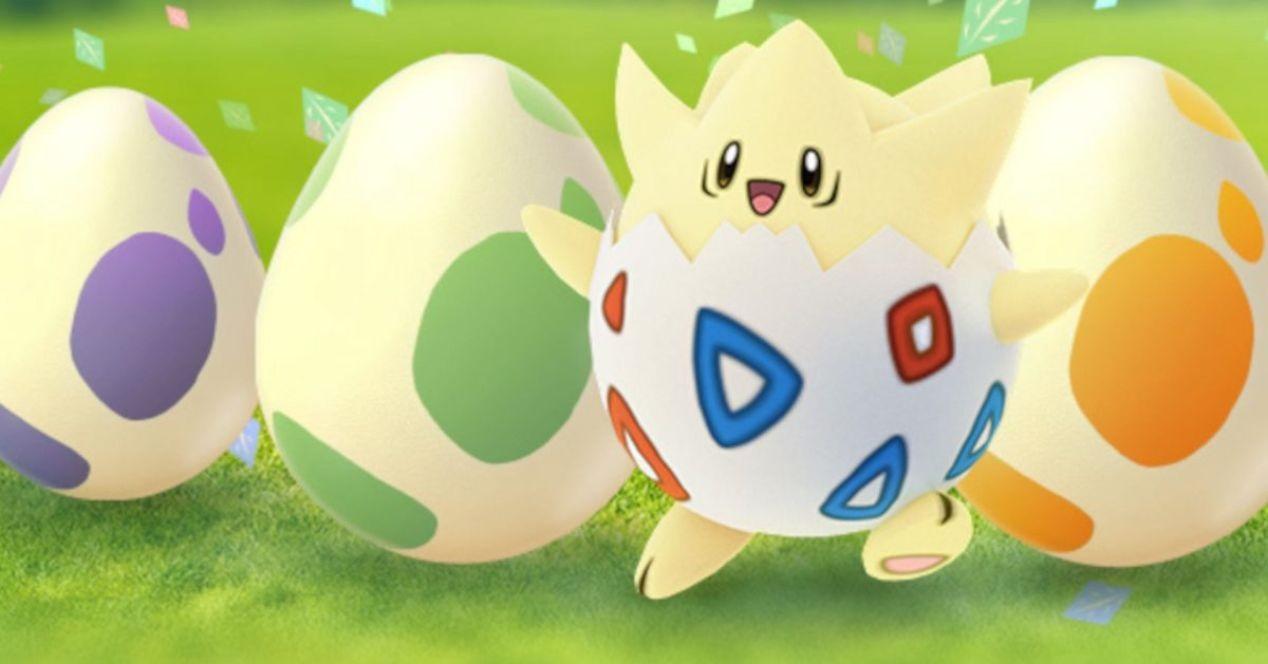 You can acquire the 2, 5, and 10 kilometer Eggs through the Poképaradas that you will find throughout your adventure. Instead, the 7 km Eggs belong to the gifts that a friend can give you and the 12 km Eggs the reward for defeating the leaders of Team GO Rocket. To open them you will need an incubator, which you have by default, although during your journey you will have the possibility of unlocking more than those to speed up the process.

An interesting method of opening Eggs in Pokémon GO has to do with the Adventure Sync feature . Thanks to this feature you will not have to have the application open for it to recognize the distance traveled with the Egg active. To do this, you must access the “Options” section and check the Adventure Synchro box, although this will imply greater battery consumption.

How to Trade a Pokemon in Pokemon GO

Trading is a vital aspect of completing your Pokédex faster , since any friend can pass you a Pokémon you don’t have. For this reason it is important to meet people who play Pokémon GO, although there are certain requirements that you must meet yes or yes to exchange a Pokémon: 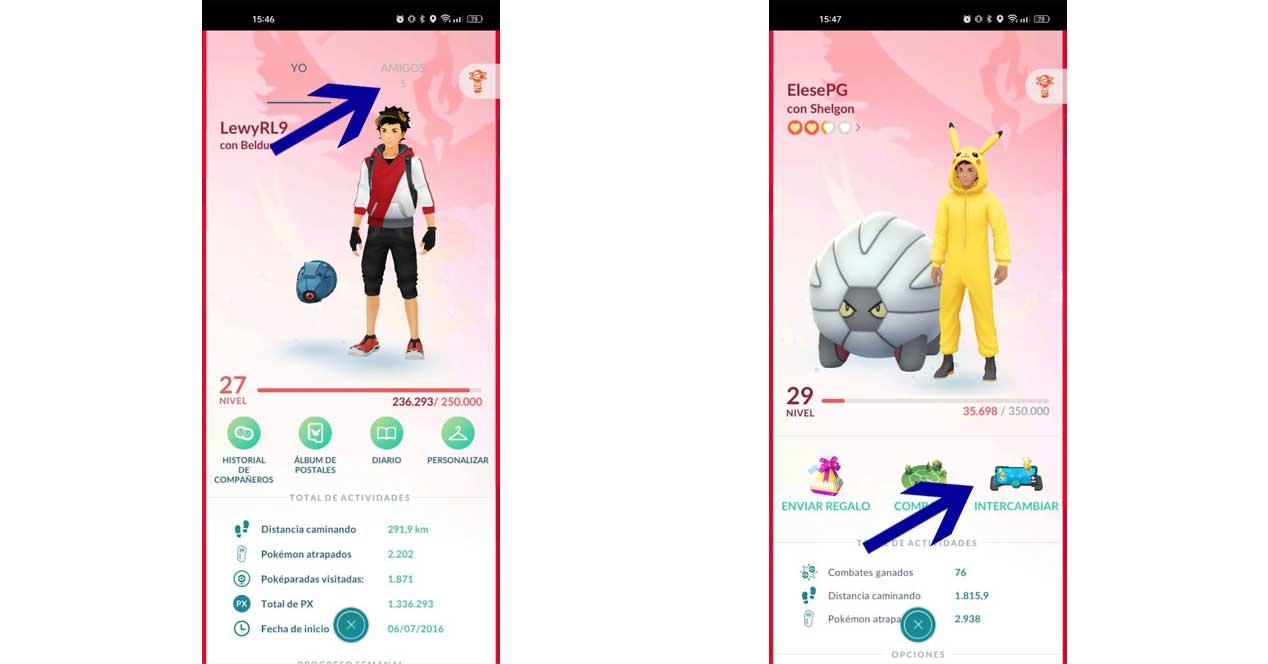 You already know the requirements to transfer a Pokémon in Pokémon GO to a friend and now you have to be aware of the procedure. If you are close to each other, just execute the following steps:

The favorite part of much of the Pokémon community is the battles. In them, users show who is the best trainer through battles that in Pokémon GO are not so complex and that is that you only have to touch the screen very quickly to attack and pay attention to the special movements to take advantage of them when the occasion arises. 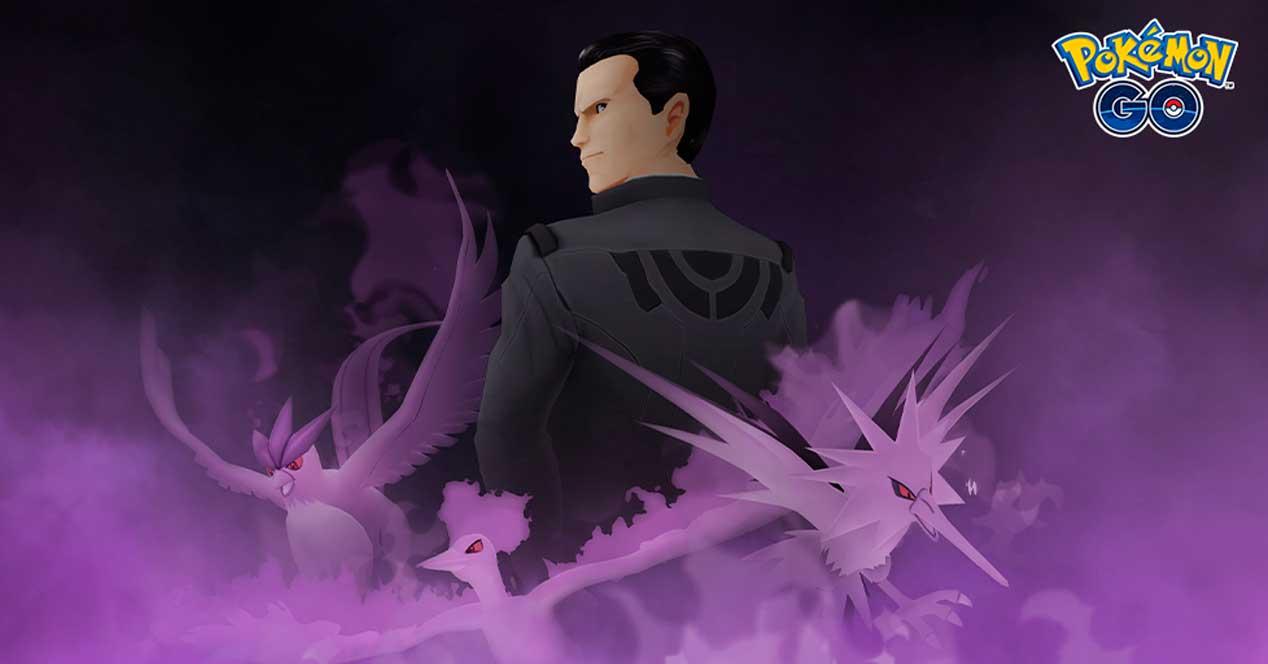 Each Pokemon has a basic attack and a charged attack. The first is that we are going to use it constantly when pressing the screen, while the second is the one that has much more power, but it must be charged as we attack with the basic one. It should be noted that in Pokémon GO there is also differentiation by types, so it is vitally important to know how effective they are between them.

Team Rocket GO roams freely through your city and you are in charge of stopping them. Walking down the street you will see that there are Poképaradas that behave in a strange way and even some that appear directly dominated by this team of thugs. Don’t hesitate to defeat them to save the Pokémon from their misdeeds.

Also, if you feel courageous enough you can try to defeat the three leaders of Team Rocket , although for this you must reach level 8 and obtain the Rocket Radar after defeating 6 recruits. With this tool you will be able to detect the location of the leaders and kill them.

Finally, there is also the famous Giovanni , the boss of this criminal gang in Pokémon GO and other games. The procedure to defeat him is similar, but you will need the Super Radar Rocket that you will get in the Special Research “Field Notes: Team GO Rocket. Get ready, because it’s a tough nut to crack.

Dominate the Gyms in your area

The goal of the original Pokémon installments is to defeat all eight Gym leaders and win the League. In Pokémon GO there are only Gyms, although there are really no leaders as such, but one of the three teams dominates that area by placing up to 6 creatures that the opponent must defeat to take over that location.

In this sense, it is important to point out that you can get free Pokécoins just by placing one of your Pokémon in the Gym. Of course, there is a daily limit that prevents you from getting rich at the expense of this method.

Compete at the highest level

We could say that the namesake of the Pokémon League in Pokémon GO is the GO Battle League. This competition is structured into several branches, each with its own requirements, which are usually only limited PCs. This forces players to vary their team and be versatile as a manager through the following tournaments:

Winning any of these tournaments guarantees rewards for the player. For every time you win, you’ll get a gift, be it berries, candy, items, or a wild encounter.