LCD panels are used today in PC monitors in three different types, that is why we have decided to make a summary of each type, so that you can choose the most suitable type of panel according to what use you want them. give. In the case of LCD panels, the light that illuminates each of the pixels comes from the back of the same screen forward, each pixel is actually three tiny LEDs where each pixel represents a red, green or blue component d, which combined they create more complex colors to the eye. 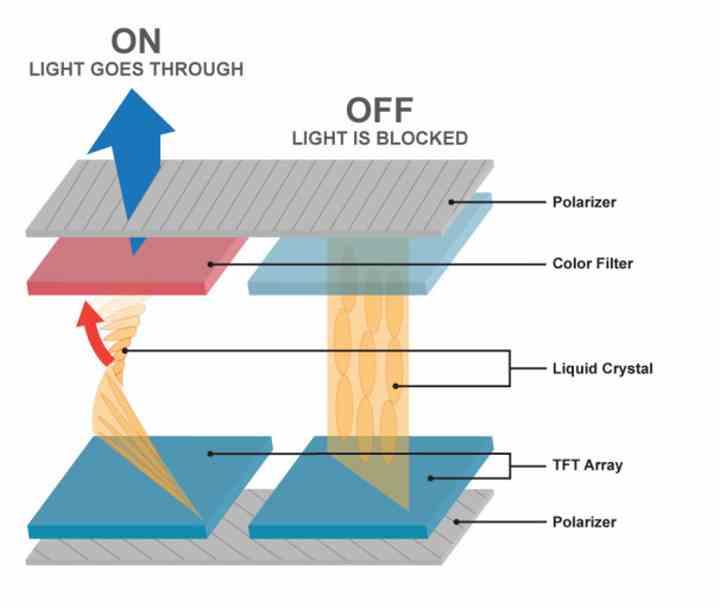 Panels of the TN type are the most used for the construction of low cost panels and therefore for the low range of monitors. Not for that reason, they are a type of low-quality LCD panel, since with them gaming monitors are built given their high level of response and therefore their refresh rate is the highest of all, making TN monitors the best to play games. video games on the PC.

The problem with TN monitors comes with the image quality they bring, especially they are limited in terms of their viewing angles. In addition, they are monitors that we do not recommend for graphic design and photography, since the representation of each color on the screen will look different depending on where each pixel is. With the tendency to look brighter as we move from the top of the screen to the bottom, making the same color have slight variations in its representation depending on the area of the image. Regarding their level of contrast, these types of monitors usually have levels of 1000: 1, which although we can consider them acceptable is the worst specification of the different types of LCD monitors.

Its operation is as follows: the light first passes through a polarizing filter, which is aligned with the light waves, and then passes through a TN-type liquid crystal, where the molecules of this crystal have the ability to turn the light 90 degrees when they pass through said panel. At the end of the path, a second filter rotates the light emitted from the back of the screen 90º in the correct direction. TN panels use two electrodes, one at the top of the panel and one at the bottom. 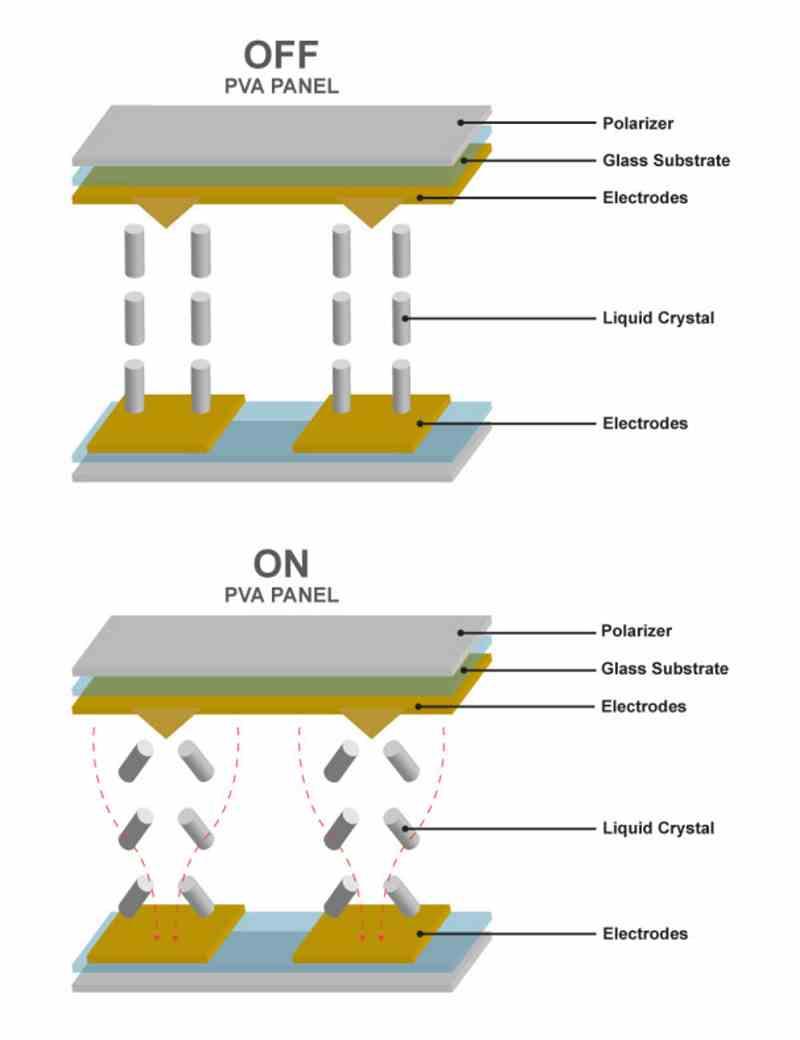 In the middle range of LCD panels we have the VA, which give a higher image quality than the TN, especially due to the fact that they support contrast levels that can range from 2000: 1 to 5000: 1. They can do this by virtue of the fact that they are highly efficient at blocking unwanted taillights. They also have the advantage of the colors do not bleed at the edges of the screen.

Not only are they better than TNs in contrast, but also in the fact that their viewing angles and color rendering are much better than TN panels. Its level of precision when representing a color is much higher than in TN panels, but there is still a variation, but this time it does not go from top to bottom, but from the center outwards.

As for the level of response of pixels in VA panels, this is worse than TN, as their pixels take longer to update the color information and this can lead to a greater blurring effect when the screen is being updated. This does not mean that there are no high-frequency monitors, but the time in milliseconds that a pixel in a VA type panel changes its information is higher than in a TN panel. Something that if we are playing at very high frequencies will be noticed, affecting the image quality. Its operation is similar to that of TN panels, but with the panel vertically aligned to the light source, hence its name. 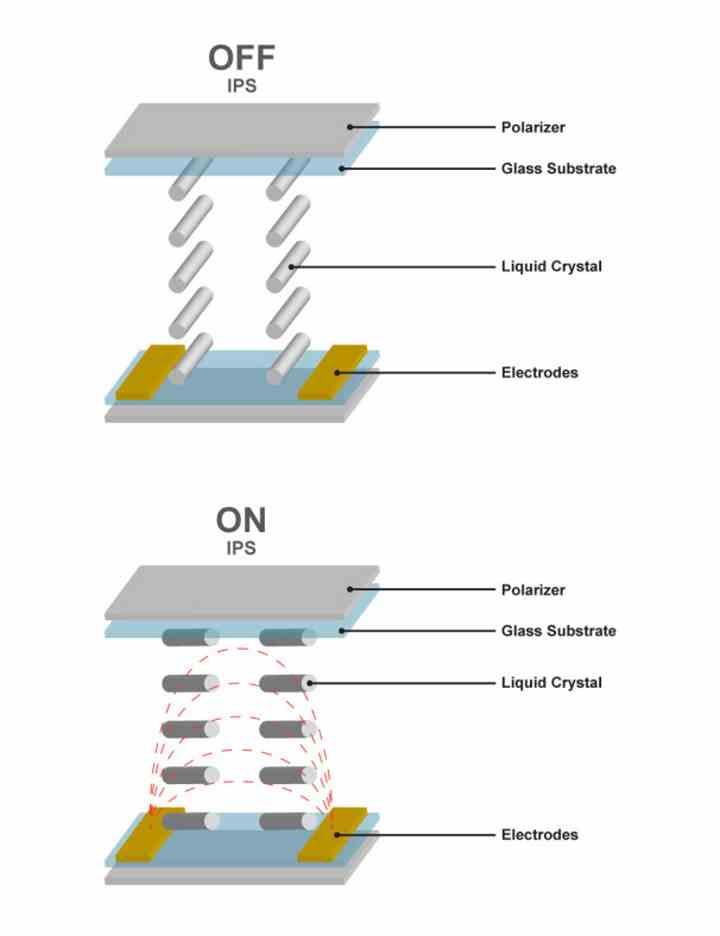 IPS refers to several different LCD technologies that share the same functionality. Being IPS the name that LG gave to the implementation of its technology and the one that is most used in the LCD panel market. IPS panels are superior when it comes to displaying the color of each pixel compared to TN and VA, because they will always show the same color information regardless of the position of the pixel. This consistency in color makes them ideal when working with it and therefore for work related to graphic design and photography.

Despite the fact that the color representation is much more exact than in the rest of the panels, we find that when it comes to contrast representation, they are worse than VA and tend to move at the same ratios as TN panels with contrasts of 1000: 1. For what they are worse in that aspect, what is more, traditionally IPS panels were not recommended for video games either because their response time could even be worse than in VA panels, but in recent years they have improved their time. response and have been at the level of the TN type panels and there are even models that exceed the refresh rates of TN panels.

IPS panels have a structure very similar to that of TN panels, although with a different liquid crystal structure, since it is horizontally aligned with a light source. Also, unlike TN, both electrodes must be at the bottom of the panel.

What type of panel is better? 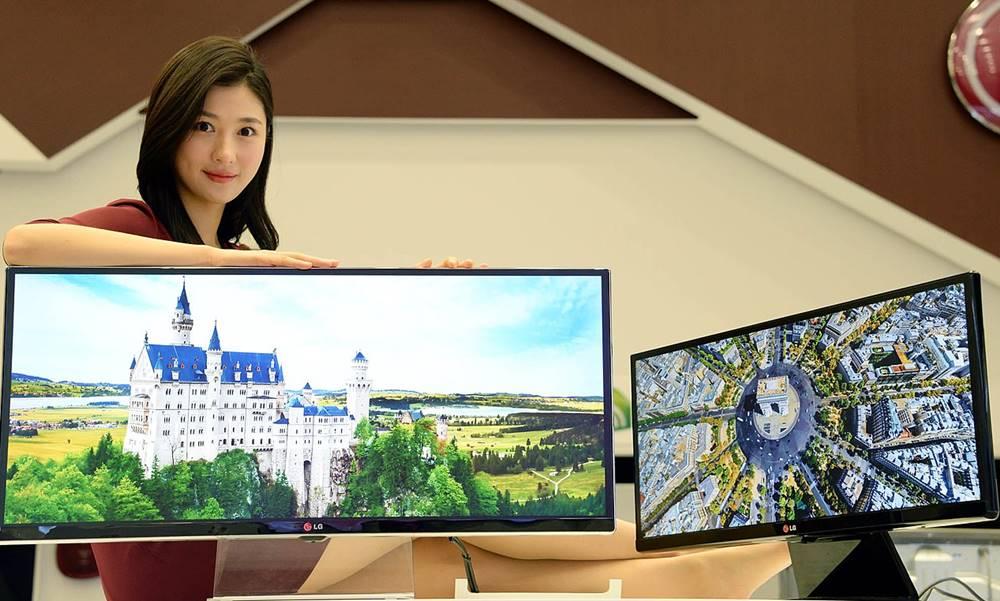 It depends on the application for which you are going to use the monitor, we have already said that IPS panels are the best for graphic design and photography due to the representation of color, but at the other extreme is the fact of seeing moving images and this is where we need to clear things up about response time.

If you are playing at 60 Hz, the time between when the pixels of an image are changed and not is 16.6 ms, obviously there is a delay between when the image is rendered by the VRAM and it is sent to the monitor, but between image to picture should not pass more than that time. In those circumstances, the response time of a panel is 4, 2, or even 1 ms will not affect you, since you will see those pixels change every 16.6 ms.

Where, if it is a problem, the high response time is in the panels used for virtual reality. The reason for this is that the time that must pass between the user performing the action and seeing its result on the screen must be less than 20 ms in total, a time just enough for the use of certain types of panels are not included.