Modern smartphones and many other devices, especially headphones, already incorporate the new Bluetooth 5.0 version. In this article we are going to tell you how important this technology is, what improvements it brings compared to previous versions, and whether or not it is worth looking for devices that are compatible with it.

Bluetooth 5.0 is the latest specification of the Bluetooth communications standard. It is frequently used for wireless communication between devices, such as wireless headphones and a smartphone, or without going any further, a PS4 or Xbox One with its corresponding controller. A new version of the standard means improvements have been added, but only when used with compatible devices. In other words, it is useless for your smartphone to have Bluetooth 5.0 if then your headphones do not support this revision. However you not need to worry if it is because the versions of this standard are all backwards compatible with each other, ie, Bluetooth 5.0 supports Bluetooth 4.2 for example.

One of the most important novelties of this version of the standard, if not the most important, is called Bluetooth Low Energy or Bluetooth LE. It was already introduced in version 4.0, and is designed to reduce the power consumption of wireless devices that connect using this method. The difference is that in BT 4.0 LE there were some major restrictions regarding compatible devices, and now with the 5.0 standard virtually any device can use this low-power mode. 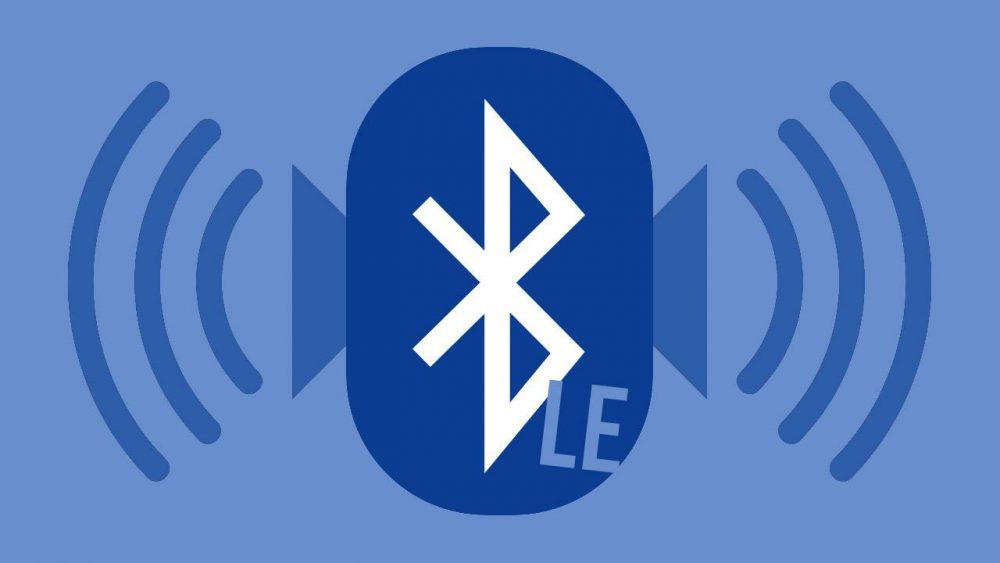 For example, the Bluetooth headsets were unable to communicate via BT LE, so they had to use the classic standard instead, increasing power consumption compared. With BT 5.0 all audio devices can communicate with this bass mode with sumo, which greatly extends its battery life. In other words, devices that use the Bluetooth 5.0 standard have LE mode and therefore better battery life.

This revision of the standard also enables a new feature that allows audio to be played on two connected devices simultaneously. This means that with a single audio source, we could pair two Bluetooth headsets at the same time and both listen to the same music. But this is not all, since it could even be done with a single smartphone, two different people listening to two different songs at the same time.

This is more useful than just sharing an audio source, since it allows, for example, putting a pair of speakers in stereo and without the need for cables. Of course, the source device must be compatible with this feature, and we have already seen it for example on Samsung smartphones (where it is called Dual Audio).

Of course, this version 5.0 of the standard also brings improvements related to transmission speed, bandwidth and maximum coverage distance. The official material of the Bluetooth association states that the distance is multiplied by four, the speed to double and the bandwidth by eight compared to Bluetooth 4.2, but the reality is that these figures are simply theoretical. 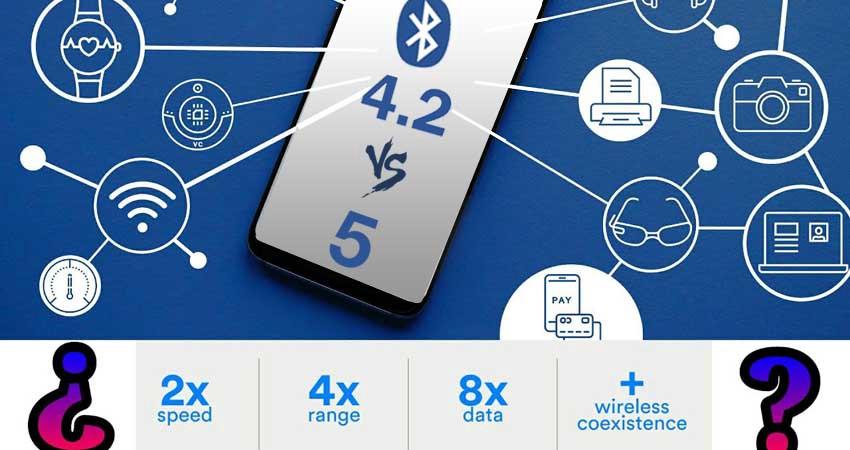 The reality is that with Bluetooth 5.0 the devices reach transmission speeds of up to 2 Mbps (which is double that of BT 4.2) as long as they are practically glued, and in terms of the maximum distance, it reaches up to about 200 meters (they should to be 240 to be four times more than the 60 meters of Bluetooth 4.2), but this distance is drastically reduced when there are obstacles (such as walls) in between. This distance is especially interesting for drones, as you will already assume.

The aptX compression standard already promises CD-quality audio at speeds below 1 Mbps, so a speed of 2 Mbps should allow for better audio quality. Technically, devices must choose between greater speed or more range, so that benefit of “twice the speed” is only useful when operating at close range, as we have already discussed.

Is it worth buying devices with Bluetooth 5.0?

In the current catalog of many manufacturers, there are already dozens of devices that equip this standard, but the bad news is that, as a general rule, they tend to be priced significantly higher than the BT 4.2. The benefits it has are obvious and we have already listed them, so of course devices with BT 5.0 are worth it, as long as the price increase is not too substantial.

What is a substantial price increase? There is more to see the catalogs of the manufacturers of earbuds, where the same model with Bluetooth 4.2 costs 39.99 euros and with Bluetooth 5.0 the price rises to 129.99 euros, in which case it is certainly not worth it. However, there are other manufacturers that offer similar situations but with a price difference of just 10 euros, and in this case, of course, it is worth paying the price difference.