Not so much on PC, but rather more on console, it is common to see games blocked at a certain FPS rate, something that users do not usually like. In contrast, gaming monitors can scale these FPS rates to represent more hertz per second, but they need a technology that allows it and, on the other hand, generates a series of adjacent problems that many are not willing to allow. We are of course talking about the Black Frame Insertion , a technology that has a great visual cost.

Something very typical of old LCD monitors is the fact that they did not have a great perception of movement in gaming, something that CRTs did. For those who are a certain age and were in the computing world 20 years ago, CRT monitors were able to seamlessly synchronize the refresh rate of each panel with the displayed resolution without creating motion blur, but with the move to LCD and later OLED everything changed. 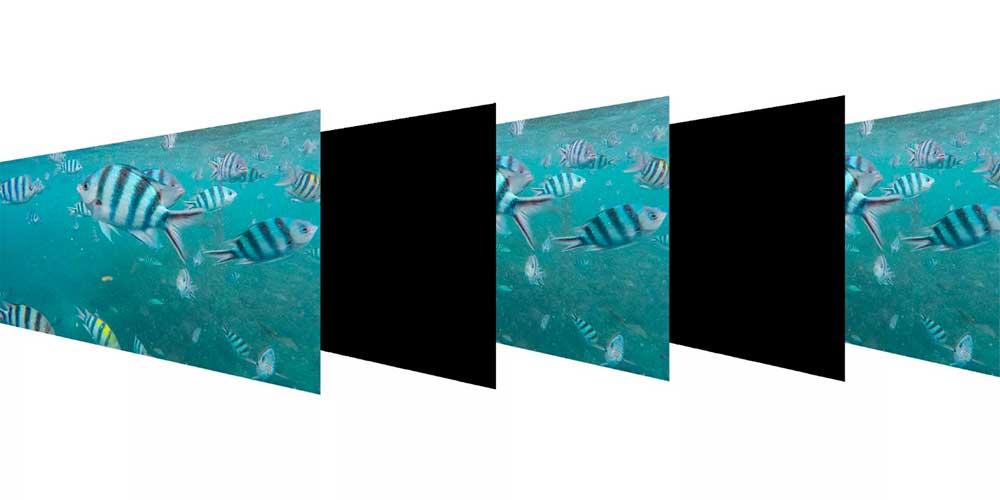 This technology, also known as BFI, has been highly evolved by different manufacturers, where each one has called it in a different way and curiously, they have taken different but even different paths.

BFI is often confused or named as backlight strobing, but unlike the first the second introduces the so-called PWM Flicker. Black Frame Insertion as such is a technology that has the same purpose as the so-called backlights for scans, that is, they reduce motion blur by using a dark period or timing between updating the monitor.

Hence, logically, the term BFI, which attempts to resemble the sequential illumination of the light segments as the old CRTs did.

How does BFI work and what is the result?

BFI inserts a completely black frame between the refresh of the monitor and the next frame, which technically makes the refresh rate double, although in practice the same FPS that the GPU ends are being represented.

In a practical example, a 60 Hz monitor with BFI is capable of reproducing 120 Hz due to the black frame they project at each screen refresh. As we say, the monitor continues to refresh 60 times per second, but when including the black frame, the feeling that the user has is as if the rate of those same hertz is doubled in terms of smoothness.

The problem is that there are many brands that this effect does not do well, that is, they do not manage to combine enough speed in the panel so that the BFI effect is really favorable instead of a problem.

If the black frame (also called dark frame by many) does not change state before the refresh rate is going to start, what is generated is a rather unpleasant image artifice sensation that worsens rather than improves the feeling of smoothness . In addition, the sensation of BFI improves or worsens according to the Hertz rate of our monitor, it is not the same 24 Hz, as 25 Hz, as 120 Hz.

There are frequencies that suit this technology better and even by varying a few hertz you can notice quite an improvement, or in the opposite case, a worsening of the image’s smoothness. It is something that happens especially to many TVs, which try to offer greater smoothness to “X” hertz rate, but instead the loss of smoothness causes the user to end up disabling the proprietary BFI technology of their television.