If you have a Samsung smartphone, watch or headphones, you will know that in many cases you have the wireless charging system incorporated, something that is very easy to use and also you get rid of cables. Well, let’s see some of the best wireless chargers of the moment that you can buy.

If you are the owner of some of the products that Samsung has launched with a wireless charging system, you should take advantage of it since the convenience provided by this type of chargers is well above the classic chargers and their cables. 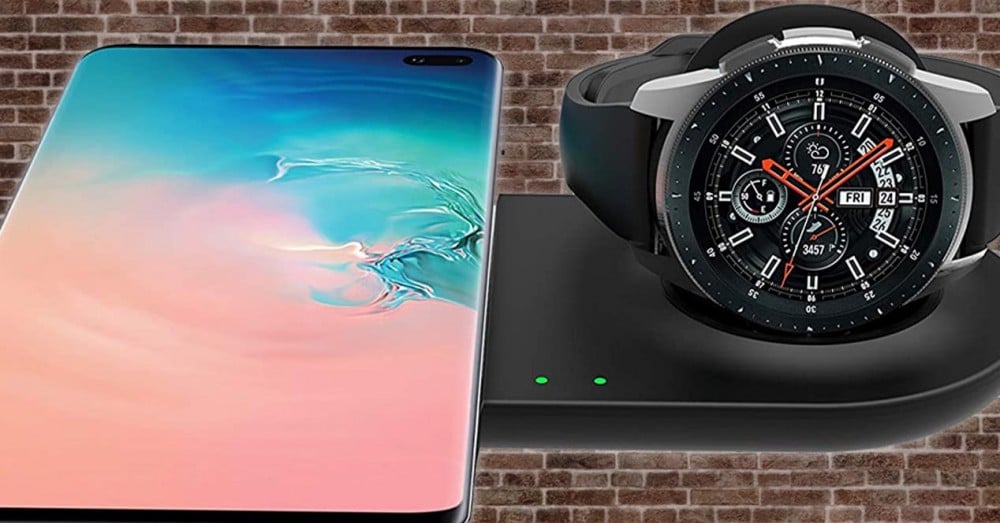 We are not only talking about mobile phones, since this range also includes smartwatches and headphones with charging cases from the South Korean brand.

The system that Samsung uses is called Qi , we can say without fear of being wrong, that it is the most widespread in this of wireless charging, so it is also valid for many other brands.

With this system we only have to support the smartphone, smartwacth or the charging base of a headset in the indicated place and they will be charged automatically . It’s that simple to use this capability.

In addition, the progress of this type of charge has been very good in recent years, which has meant that right now many of these chargers already have fast charging to take as little as possible for the battery of our devices to be completed.

We have wireless chargers to put only our Samsung smartphone, although there are also those that combine several devices in the same charger, something that is very practical if you have more than one product from the brand based in Seoul.

Undoubtedly, each one will choose the one that best suits their needs, but it is good to know that we have many options when it comes to chargers with Qi system.

It is time to leave you some examples of wireless chargers of various types, which will be able to serve you to charge all those devices that you have from Samsung and are compatible.

This is a 3-in-1 Qi-type wireless charger, that is, it is valid for smartphone, headphone case and smartwatch at the same time.

It is capable of charging up to a maximum speed of 2.5W . 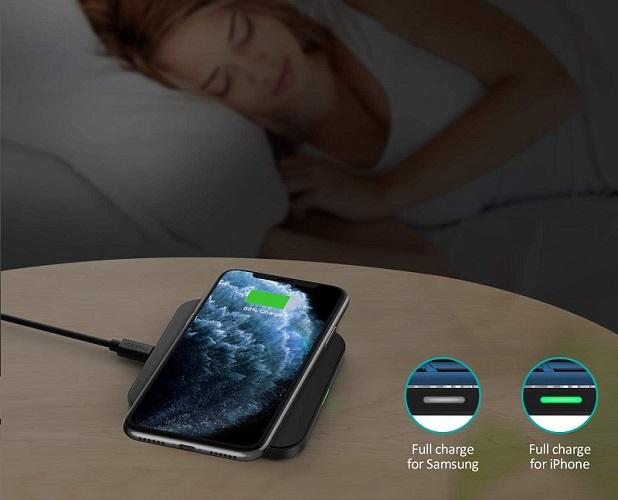 This time we are talking about a pack with two types of Qi chargers . One in which we put the smartphone on a base that is on the table and another where the mobile phone is placed in an elevated position as if it were an alarm clock.

In both cases its maximum charging speed is 10 W.

This is a Qi-type charger that elevates the smartphone as if it were a watch that we have on the bedside table or next to the computer.

The standard charge is 7.5 W , but if the mobile phone has fast wireless charging it will be able to charge at 10 W. 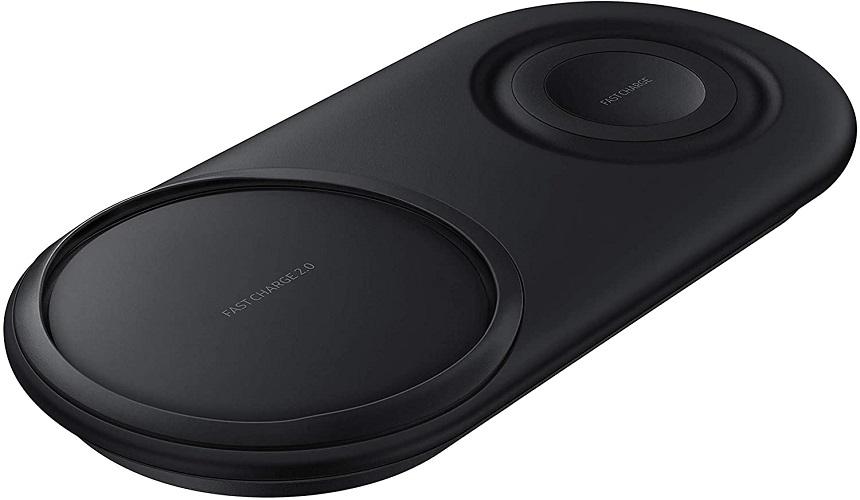 Samsung’s own charger allows us to charge a smartphone and a smart watch at the same time, achieving a fast charge of up to 12 W for those devices that are compatible. 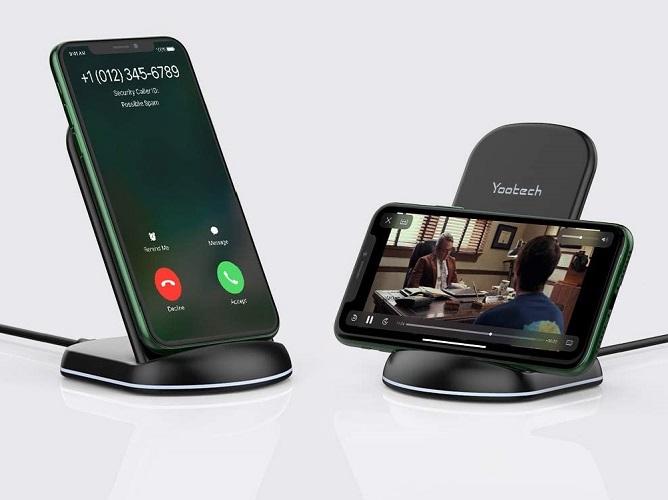 Another of the wireless chargers that you will see today is actually a pack of two to raise our smartphone. Both have the Qi standard to charge with a maximum speed of 10 W for compatible terminals and 7.5 W for the rest, although slightly older models will charge at 5 W. 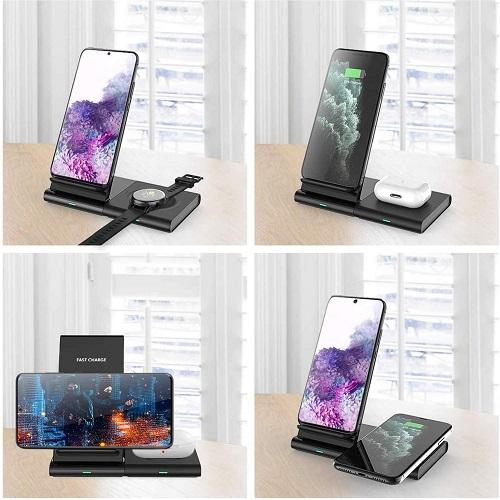 This wireless charger is double , with a fixed part for a smartphone and another where you can switch between a smartwatch, a charging case for headphones or even another mobile phone.

Fast charging of up to 10 W can be achieved if the device is supported. 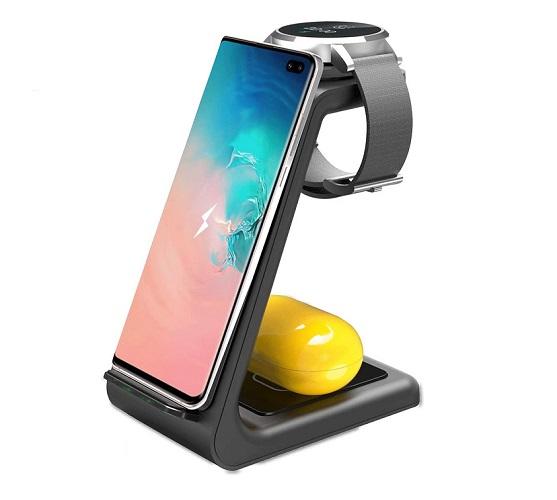 This is another 3-in-1 charger , that is, we can charge a smartphone, a smartwatch and a headphone case at the same time, as long as they are compatible with the Qi system.

The maximum charging speed that can be achieved is 10 W for those teams that are prepared for it. 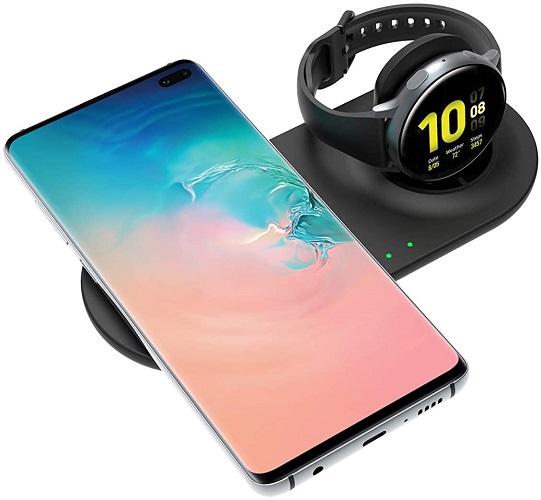 This 2-in-1 product has the right part fixed for a smartwatch, but the left part can be used by a mobile phone or a headphone case. All devices must be compatible with the Qi charging system . 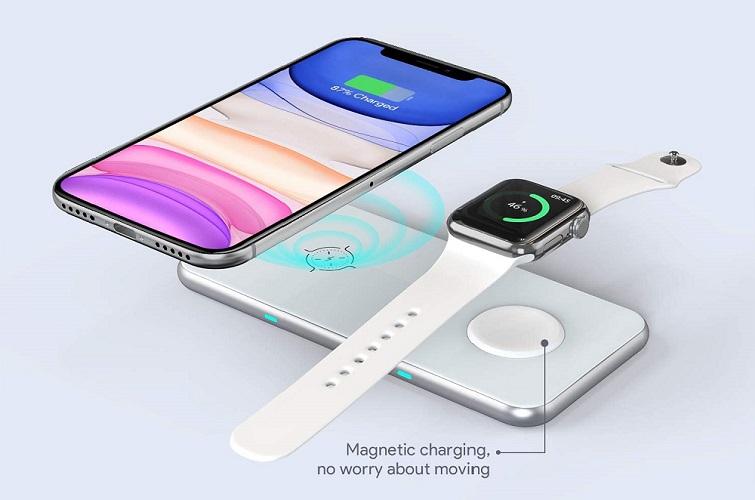 This wireless charger is capable of charging two Qi- compatible devices at the same time. That is, we can use it in smart watches, mobile phones and Samsung headphone charging cases.

The maximum speed that this charger can support is 10W . 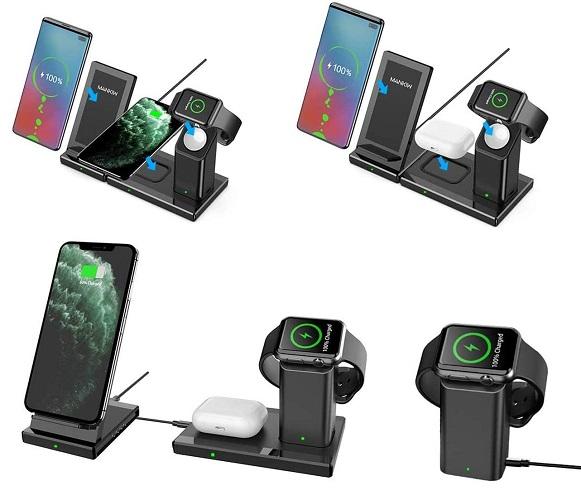 This charger is capable of reaching speeds of 15 W with those devices that can achieve it, as long as they are compatible with the Qi system.

Thanks to its magnetic system, the support and the charging base can be combined to charge 3 devices at the same time or they can be used each separately , something that is extremely practical.