Editing audio is a very important section for those who seek professionalism in their projects, but with so many programs that we have on the Internet for the development of this action, professionals or users who require it, can be overwhelmed when choosing their audio editing program to work with.

Within this wide range of possibilities that we can find on the Internet about free audio editors, we have to choose the one that best suits us according to the work we need to create or edit mp3.

All the chosen ones have an easy-to-use graphical interface, so that any user with some previous knowledge can use it or can adapt without any problem.

Audacity, the best and most popular for MP3 editing 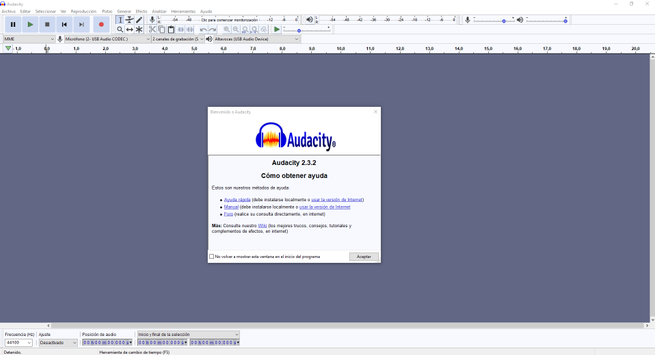 Audacity par excellence is the program best known and used by all users who are looking for an alternative to paid audio editing programs.

This program among other things to highlight allows us to import and export WAV, AIFF, AU and Ogg Vorbis files , import MPEG audio. The editing is simple, both small and large files, we can eliminate background noise, cut, paste, copy, add new effects with Ladspa plugins , spectrograph mode to display frequencies, among many other options. In general it is the most used free audio editor so far.

We can download this editor from the following link .

Ocenaudio, an excellent alternative based on simplicity 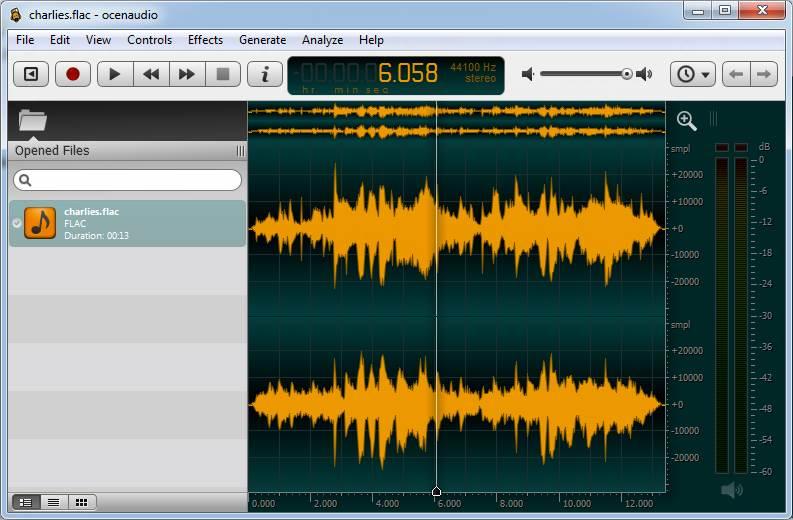 The following audio editor is notable for the simplicity of its interface, even more so than in the case of Audacity, sacrificing certain features and options.

This editor has the main characteristics of supporting and adding sound effects with the VST plugins. It also includes an application of effects in real time, with which we can equalize sounds, modify the gains or filtering by parts …

It also allows us to separate the audio into multiple sections to modify delicate parts of the audio. As for the handling of large or large audio files, it has no major problem to process it, since it has algorithms which store the open file in the system cache without wasting much of it.

Ardor, the popular professional editor of Windows and Linux 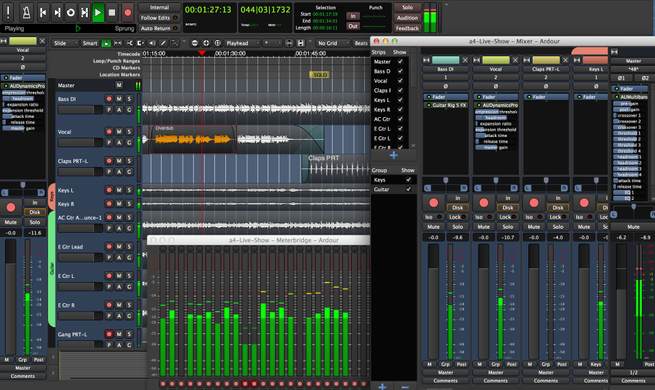 It is a more advanced audio editing tool, and this case implies a complex interface that makes it more difficult for inexperienced or inexperienced users to handle, but we have an extra bonus that allows us to mix sound , includes sound and transition effects , and the possibility of adding extra plugins to get new features.

We can download this editor from the following link . 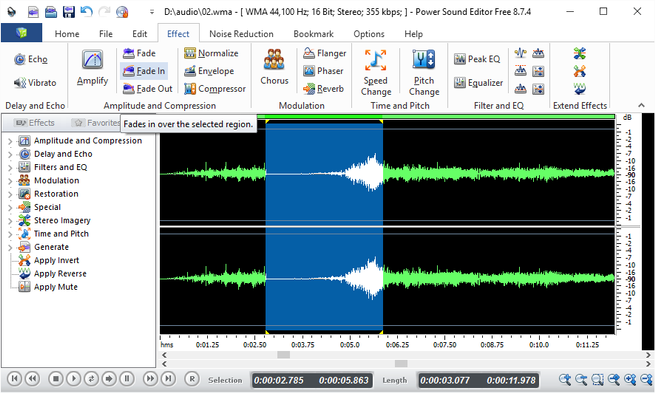 This audio editor has a somewhat outdated graphic interface, although intuitive, but as an audio editor it serves its purpose if you are looking for a simple edition.

Some of the actions you can perform with this editor are to record audio with 8KHz quality up to 48KHz in both 8-bit mono and 16-bit stereo, copy, cut and paste audio, noise reduction, add sound effects … Some Interesting features of this editor, is that it includes some tools, such as a voice synthesizer, the ability to rip the tracks of a CD.

MP3DirectCut, an excellent alternative very easy to use to edit MP3 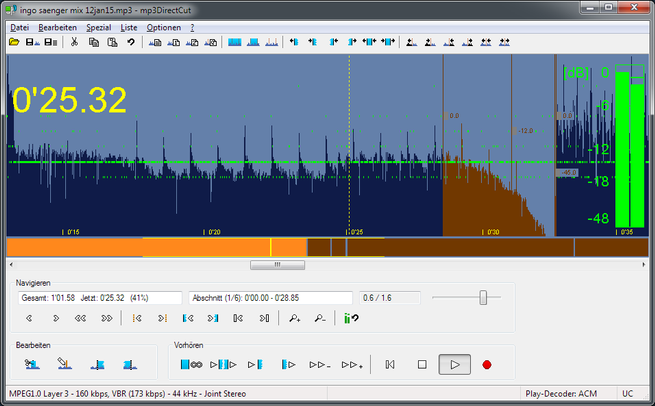 It is an MP3 audio editor and recorder, with a graphic interface that is not very complex and intuitive. At the same time attractive, thanks to its new update, which allows us to perform the main functions of any user who works with simplified actions for the edition of this medium.

Some of the options you have available with this free program, are to normalize the volume for spikes or unexpected rises in the audio, which you want to control and improve, save time extracting the audio cuts, when there are many and cut them, Paste them and / or move them.

Although it is difficult to find, since its website has disappeared, we can download MP3DirectCut from the following link .

WavePad, many functions and an impressive interface 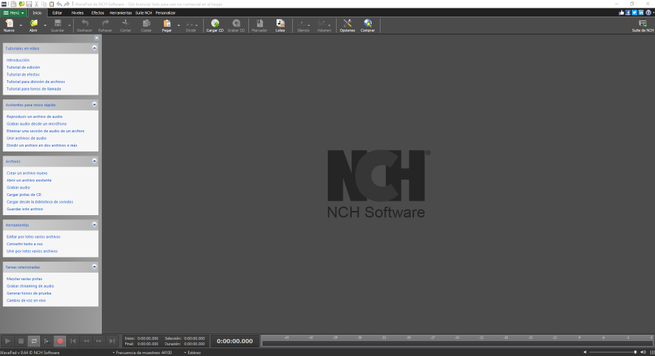 Something that impresses in this audio editor, which since its launch back in 2004 and remains, is its interface. This is quite renewed compared to other current free editors, but not with it, we get a lot of features with which to interact, such as amplify, normalize, equalize , echo, reverse …

It supports a large number of formats, such as MP3, WAV, VOX, WMA and many more. Batch processing allows us to apply effects or convert many files with a single function. We can also highlight that it includes tools for audio restoration, which many free programs do not include. The editor supports sampling frequencies from 6 to 192 kHz , both stereo and mono at 8.16.24 and 32 bits .

It is a program for those looking for a very simple edition, interacting with the forms of sound waves, spectrograms , tone tracks and transcriptions . It also allows us to integrate this program into others, or add new add-ons to expand the range of features and options. They emphasize that users can create their own configurations and customize said program to their needs.

Wavosaur, another quite complete alternative to edit MP3 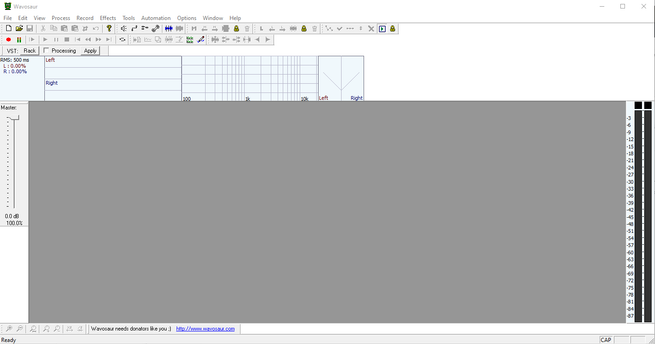 It is an editor that within its possibilities, is quite complete. As an inconvenience we can say that it does not allow many formats, but if MP3 and WAV are some of the most used. We have options such as cutting, pasting and copying, but also those of normalizing sound, loops , 3D spectrum analysis and VST support. This program is portable (it does not need installation to be used) and we can customize the appearance with «Skins» themes that we get on your page.