Design, quality of materials, integration … there are many reasons why Apple‘s original accessories you might like. But sometimes the price causes many users to consider alternatives. An example of this are its keyboards, the Magic Keyboard costs 99 euros and the numerical keyboard version 149 euros. Are there no other quality alternatives to the Mac keyboard ?

The problem of keyboards for Mac: the command key 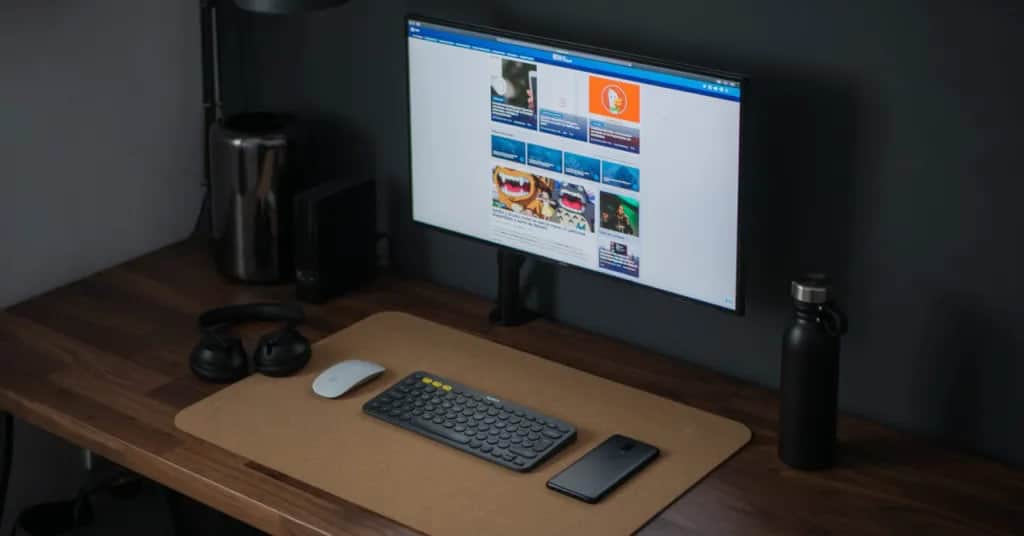 As a Mac user I admit that I have always opted for official keyboards, to be more exact the model with numeric keypad and USB cable. With a price of around € 50 it seemed to me according to the experience and performance that it then offered me. The problem is that this keyboard is difficult to find and the two alternatives that Apple now offers, its Magic Keyboard and Magic Keyboar with a numeric keypad, do not convince me.

And they don’t do it for a simple price issue. I value the materials, the one with integrated battery, etc., but the key travel and, above all, the price of 99 euros and 149 euros respectively, make me wonder if they really are the only ones I should consider. The answer is a definit no.

After missing several keys to my current Apple keyboard, I decided to look for Mac compatible models . For a few weeks I was investigating and comparing different models and trying to test them if possible. So there were many who I selected, until I decided which one to buy. Of course, some models discarded because they did not offer distribution of keys in Spanish.

Ok, before I answer you why not use any USB keyboard in Spanish. You will know that the position of the ALT and Command keys invert their position with respect to the ALT and Windows keys of a PC keyboard. Therefore, adapting to that change is a bit annoying. In addition, there are function keys such as those that control the brightness on the screen, playback and volume of multimedia content or access to the Launchpad or Exposé, etc., is also not possible.

One option would be to use applications that allow the keys to be weathered, but if for me it would not be a problem, what happens to those users who simply want to connect and start using their keyboard. So, thinking about all this, I wanted them to be compatible with Mac, QWERTY and layout . And these are the most interesting proposals as alternatives to the Magic Keyboard.

The Best Alternatives to Apple Magic Keyboard for 2020

The Logitech K380 has not only been the keyboard that I ended up buying, also the most economical and quality I could find. For 35 euros at Amazon, it is a fairly comfortable keyboard, well finished, with a good key travel (maybe a bit hard, but it’s a matter of adapting) and with the possibility of connecting up to three Bluetooth devices.

The latter allows you to easily switch between the Mac and a laptop, smartphone or iPad, for example. Without a doubt, a very successful option if you do not want to spend much. And the issue of the keys being round is not a problem, the keystrokes are accurate and it does not take more than an afternoon to get used to its design and size.

By the way, he said it is the most economical. Not so if we remove the added quality . In Amazon you can find other keyboards for Mac with a cut very similar to those of Apple and for 15 or 20 euros . But they are made of lower quality plastic, weigh very little and you end up moving it around the table when you write, … you can try if you want, but they didn’t convince me.

Although you already know the model I decided to buy, I also considered some alternatives. One of them is Keychron M2 , a mechanical keyboard that you can customize with both the color of the keys and the type of Switch to use. You know, red, brown or blue for what type of writing or use you are going to do with it because the route and response of each of these buttons is different.

The references I have of him are very good and to be a mechanical keyboard does not trigger price, something is usually common in this type of options. The Keychron K2 costs only $ 69, and you have it through its own website or Amazon.com. If you find more expensive models, check the details, because there is a version with the aluminum frame, backlight, etc.

Matias a brand of keyboards that caught the attention because they offered keyboards with things that were asked of Apple. For example, black keys or a backlight system like the one you have on laptops.

This is the cheapest here, it costs about 60 euros and I think it’s a good option if you don’t mind having a USB cable and you want a numeric keypad. Then there are other more expensive options with that backlight system or without a numeric keypad. Manufactured in aluminum and quite well finished off, they are a proposal to take into account. In addition, the path of the keys is somewhat greater and that will please those who, without becoming mechanical, want to have the real feeling of being pressing a key.

The Logitech MX-Key is one of the last keyboards launched by the manufacturer. In essence it is the same as the Logitech Craft but without that upper part where a programmable wheel was integrated to perform different actions according to the active application. As that wheel didn’t make much sense to some, Logi seems to have decided to launch a simpler version and reduce the price .

In spite of everything, it is or remains a keyboard with a high cost. But seeing the quality of the previous one, the possibility of using it with both Windows and Mac and that the modifier keys are in place, access to multimedia controls, brightness control and the possibility of pairing with up to three bluetoot devices and quickly switching between them. They make it a very attractive option for those who are willing to pay what it costs.

The business of Mac accessories

Some people still think that by simply being a Mac user you are already willing to pay more for anything, even more for any accessory that has the last name for Mac. This is not the case and there are many users who want a quality product , but not paying that extra that is not always justified.

That’s why I think this selection may be interesting to you. They are quality products and a tighter quality / price ratio in many cases. Likewise, if you know any Mac keyboard that meets these requirements, take advantage of the comments and tell us which one. That with the daily use I make of them, it is likely that within a year or two I will have to change the keyboard again.