One of the questions that we know our readers are constantly asking is what is the best gaming processor that has been released this year. With the Christmas season near, there is no shortage of those who have smoke coming out of their heads to choose which one to buy. We will not answer this question, but we have made a small comparison between them so that you can know their performance and get an idea of which is better.

There are two things that are key when choosing the components for a gaming computer: the processor and the graphics card. Well, this time we will focus on the first of them and specifically we will compare the CPUs that have appeared in 2022. That said, we will see our selection criteria first and later we will enter two small comparisons. 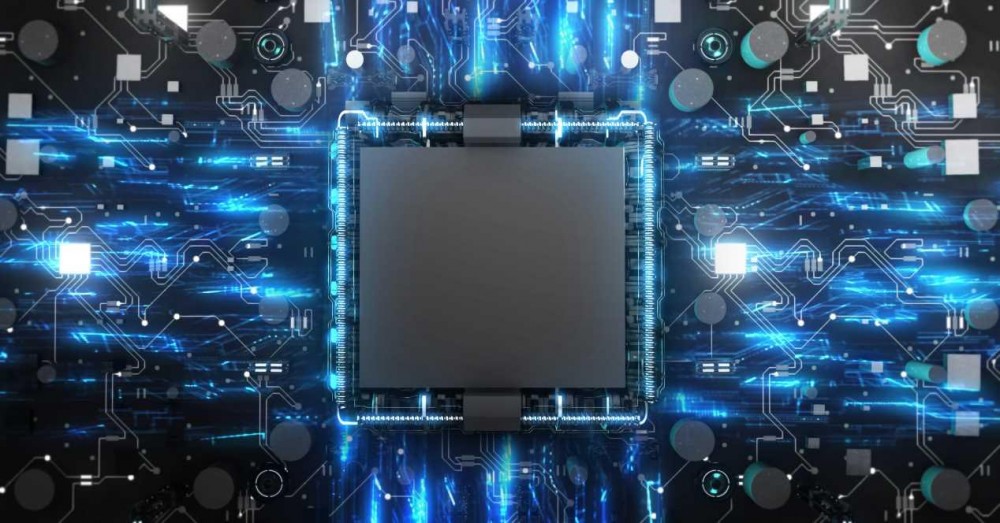 How to choose the right gaming processor

First of all, we have to clarify that this article is for those who want to build a high-calibre gaming PC, one of those who can play the most technically demanding games without caring about their pocket and who want to take advantage of the Christmas period or any other holiday to get to themselves a gift. That is why, before getting into the matter, we are going to talk about what you should look at when choosing a processor, so that you can see what has been the barometer that we have chosen for the selection of processors.

In any case, we will also clarify the fact that this is not a buying guide, but rather an informed comparison of how the most cutting-edge CPUs of the moment perform when it comes to moving games. Although it must be taken into account, of course, that each of the games is a world apart in terms of performance. 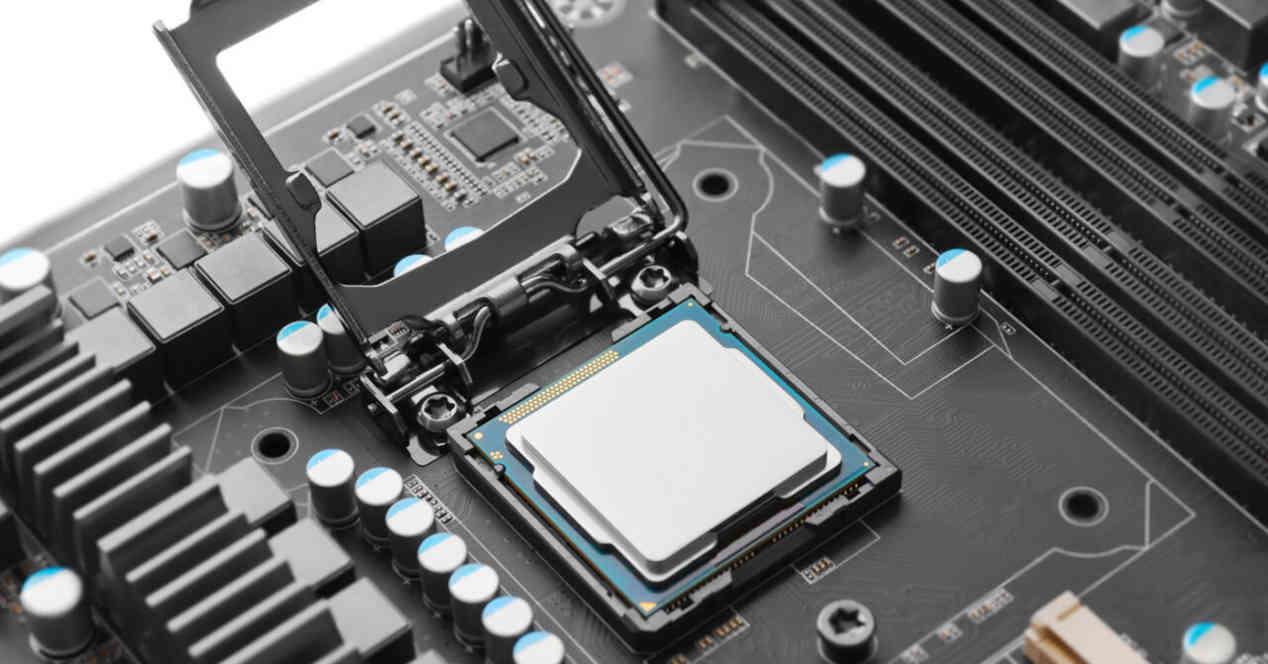 Your PC is not a console, it is doing many more things and among them running an operating system that is less complex and that performs several tasks in the background. What’s more, it is not the technical specifications that have the last word on how the work is distributed. This is done by the operating system and a tendency will be to search whenever possible for a thread of execution or better yet, a free kernel.

We have tested games that were supposed to run on a set number of cores on a CPU with a higher number of cores and found that it clutters them up. If to all this we add additional tasks such as streaming on platforms such as Twitch, YouTube or similar, the load on the processor increases. That is why, despite the fact that with a configuration of 6 cores and 12 threads you can survive, our advice is that you go for 8 cores and 16 threads if your pocket allows it.

Clock speed is important in games

One of the great ills of PC games, compared to console games, is the fact that they don’t scale with higher core counts and thread counts more efficiently. Thus, we can find titles that end up being less optimized on PC because they use fewer baskets to place the eggs, which means that they end up asking for chips more frequently. What’s more, currently, despite the fact that the configuration of 8 cores and 16 threads is common, we find that very few games ask for 8 cores as a recommended requirement.

This is a problem, since both manufacturers of processors tend to divide their ranges of desktop processors into two different segments depending on the clock speed they can achieve, limited by consumption. Thus, we have chips with a letter at the end of their name, K or KF in the case of Intel and X or X3D in the case of AMD. The difference between some models and others is simply the amount of MHz or GHz that they can reach and, therefore, the raw performance.

The usual thing from one generation to another is that the chips without a letter reach the performance of those that do carry it from the previous generation. That is, if we hesitate between an i5-11600K and an i5-12400, it is more than likely that both chips perform the same or almost on par, but the advantage for the new generation is lower consumption and that it is cheaper. To this day, games do not usually ask for processor technical specifications that are very high on paper, however, if you can choose one with a much better letter. 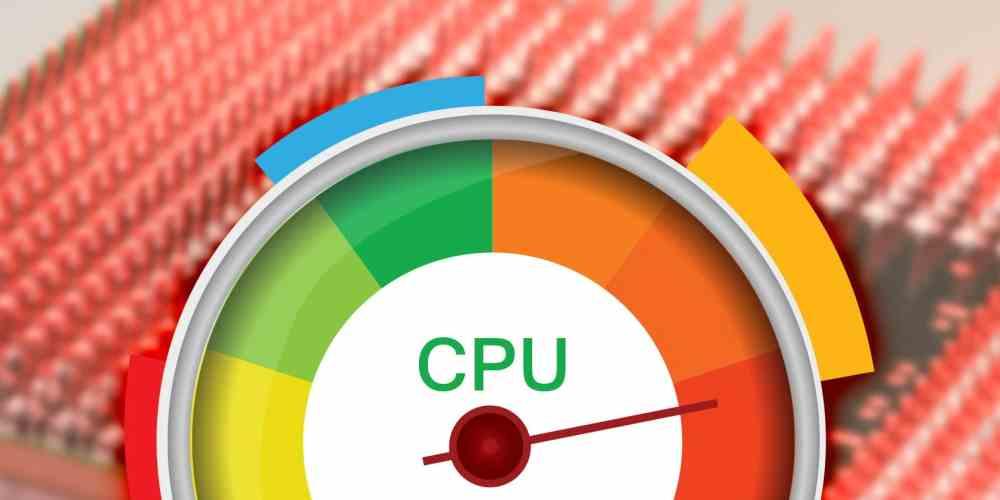 And what does this have to do with games?

Well, we will see how these processors will increase the clock speed in games much more commonly than in other applications and that is where these processor models end up having an important advantage. Since each frame of the game begins being processed by the processor and, therefore, we are interested in finishing its corresponding part as soon as possible to leave more space for the GPU to work or not add more milliseconds that mean less FPS. 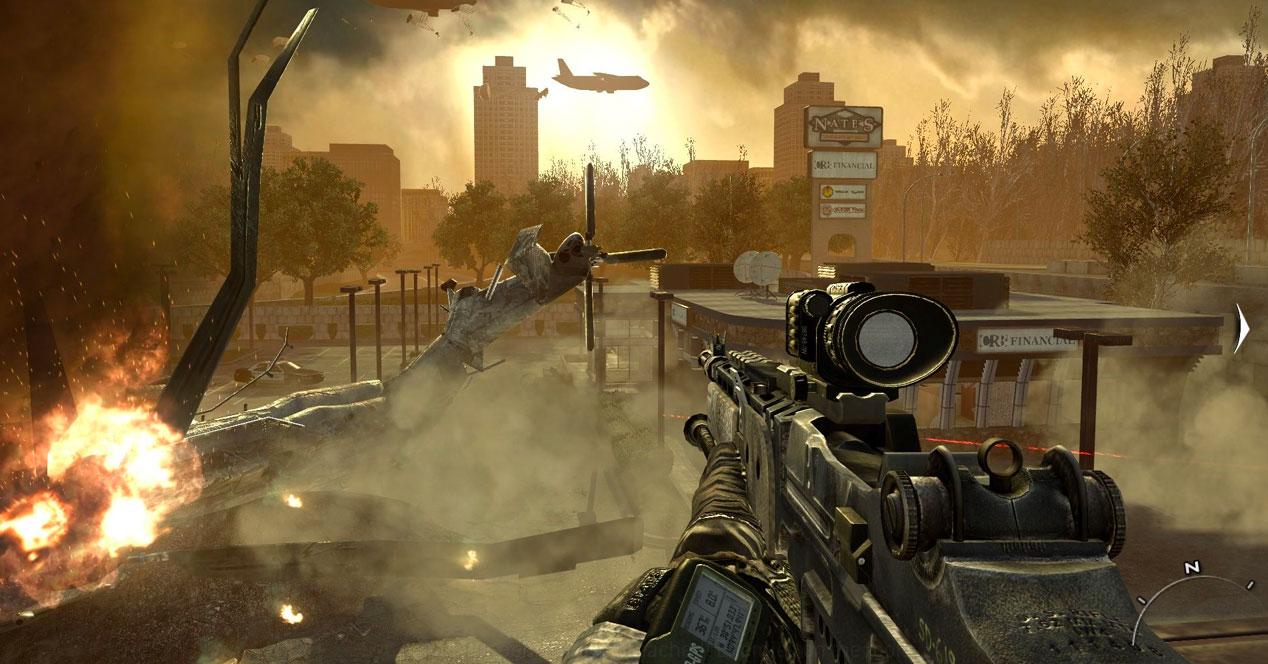 What are the best processors for gaming?

Once the different points have been explained, it is time to make our comparison. For this we have chosen the new generations of Intel and AMD. That is, Core 13 with Alder Lake architecture and Ryzen 7000 based on Zen 4 respectively. Which are currently the best options to play if you are looking not only for maximum performance, but also to have a team that will last you a few years moving the most cutting-edge games.

That is why we have decided to take an RTX 4090 to put them to the test, which to many will seem like an exaggeration, but the reason for doing this is none other than to place the different processors in a stress situation, that is, that they can generate command list and screen frames for a graphics card that would make even the most powerful processor sweat if it could. In other words, we use NVIDIA‘s current top-of-the-range as a stress test, to see which of the processors runs out of steam.

In total, what we are interested in is testing the new architectures born this year, both Zen 4 on the Ryzen 7000 and Raptor Lake on the Intel Core 13 and see how they compare with each other. 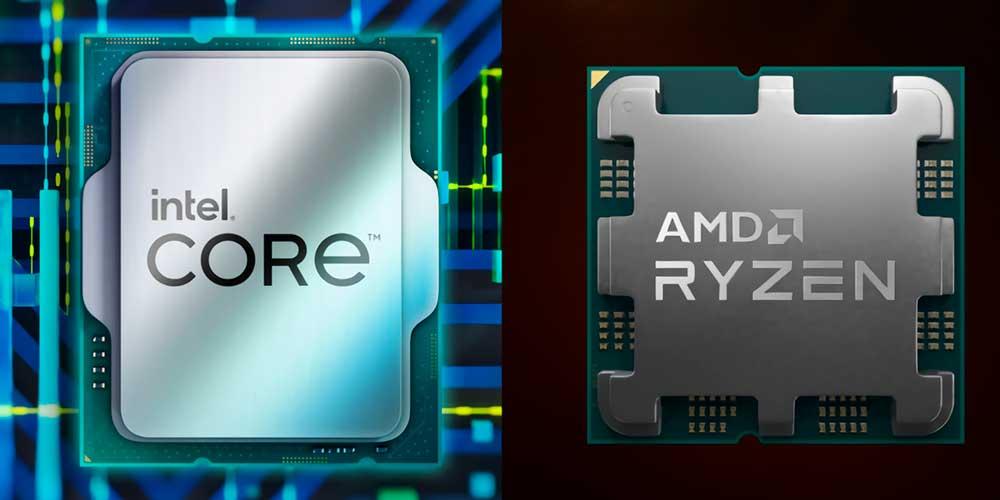 In our comparison we have taken into account two different models of CPU, one from AMD. Ryzen 7 7700X and one from Intel, Intel Core i7-13700K . The reason for this is that we have chosen the processors with letter and, therefore, with a support for higher clock speeds. We would have added the AMD Ryzen 7 5800X3D, but it has been impossible for the person who wrote this article to get this processor, although I will not deny that I would have liked to be able to perform the corresponding tests to see how Zen 3 + V-Cache holds up in comparison with Zen 4. 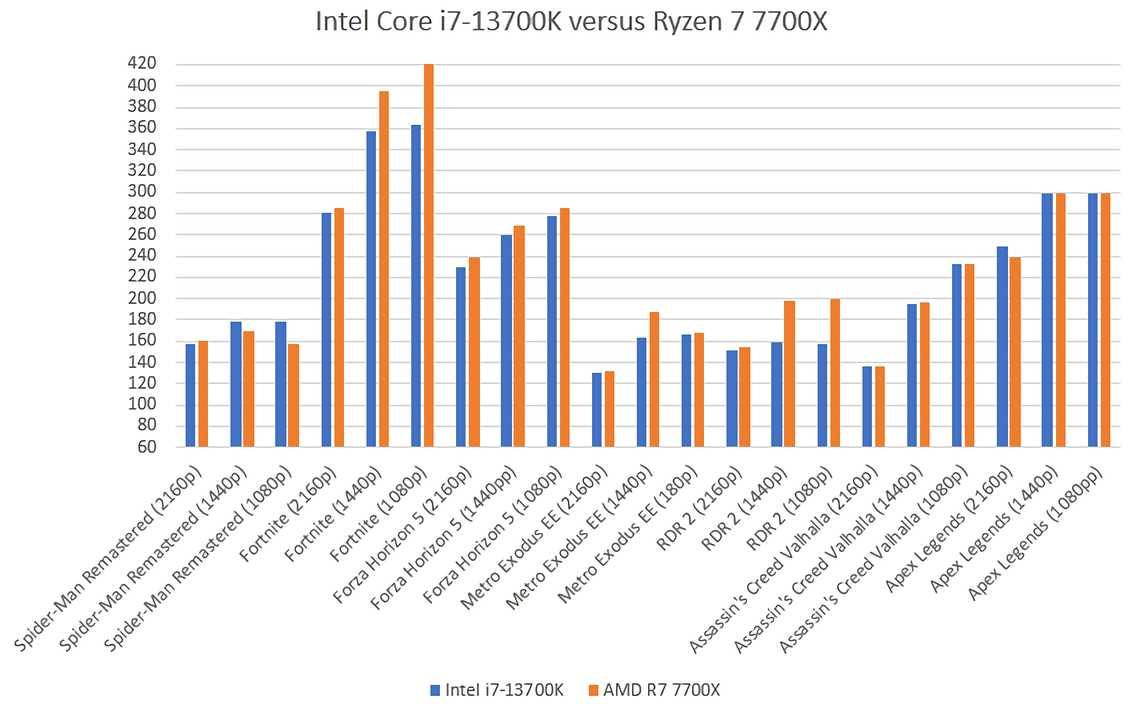 And the best gaming processor with 6 cores is…

At the same time we wanted to run the same games using both the i5-13600K and the Ryzen 5 7600X as processors, two 6-core processors and 12 execution threads. So they obviously have a lower computing power than the others. However, what we are interested in is knowing their performance, just to know which one is better, but also to know if they have enough capacity to be able to sustain games at high resolutions and frame rates. 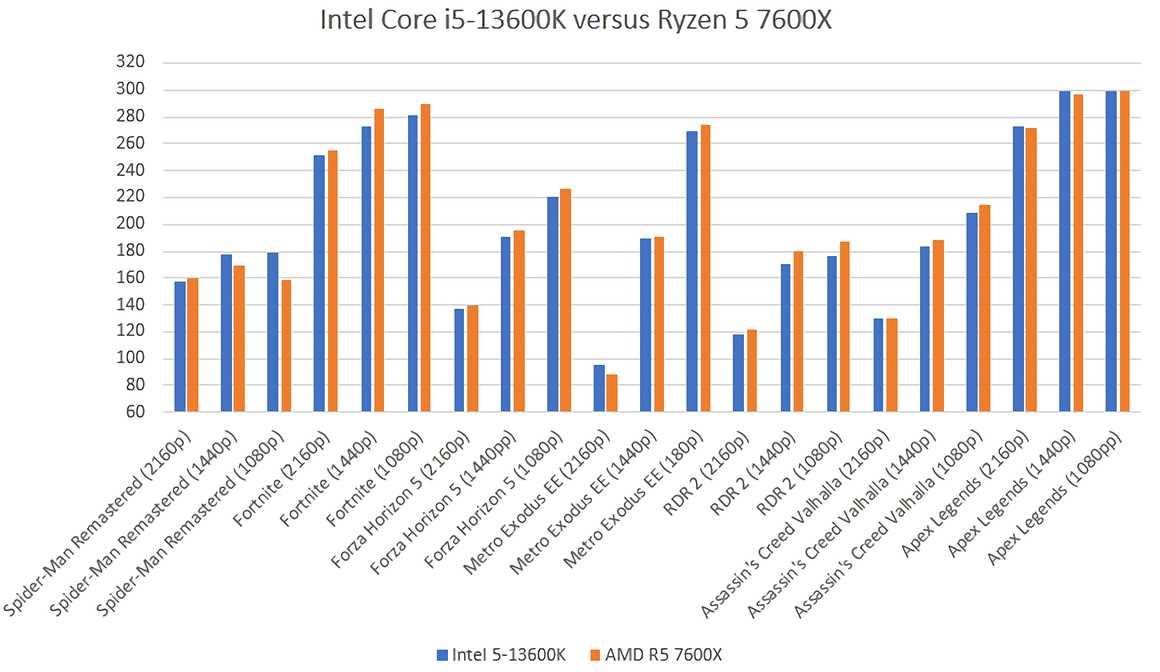