With the X470 and B450 chipsets, AMD updated its StoreMI technology to version 2.0 to make it compatible with 400 series chipsets (the previous version was only compatible with X570), and this is one of the great novelties of this technology, but not the only. In this article we are going to tell you what features AMD StoreMI V2 technology has, how it differs from the previous version and why you will be interested in using it to improve the performance of your PC.

Using the company’s free software , AMD’s StoreMI technology enables you to maximize storage performance on entry-level or mid-range PCs using a combination of SSD and HDD (high-end PCs that already use high-performance PCIe NVMe SSDs, where the performance improvement is almost negligible). The first novelty we have already told you, is that in the past it was only compatible with the highest-end motherboards for AMD ecosystems, while now its compatibility with the brand’s 400 series chipsets has been expanded. 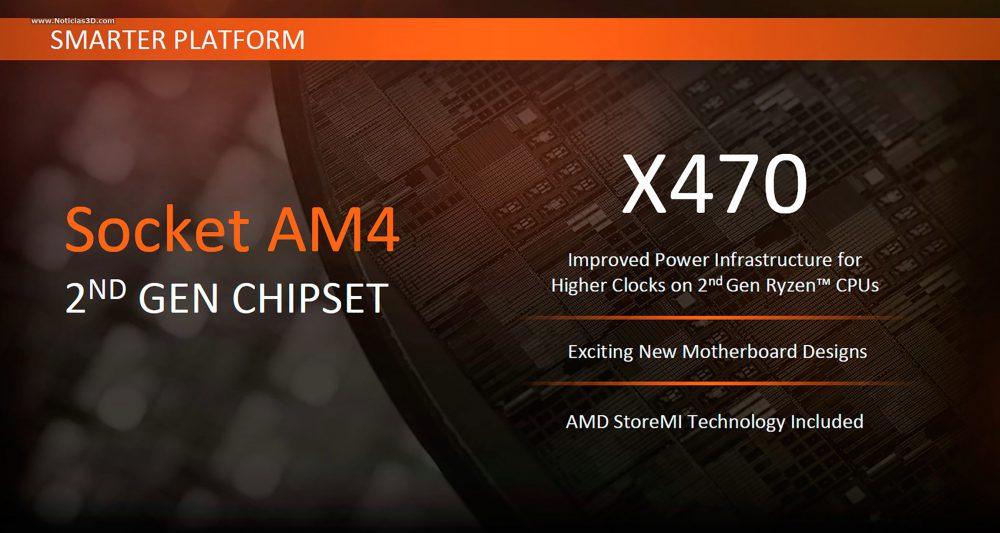 StoreMI is a tiered storage solution that allows you to “merge” your SSD and HDD (or a slower SSD with a faster one) into a single virtual volume, significantly increasing performance. In other words, it is software that allows you to create a hybrid storage drive with the capacity of both drives and the speed of the SSD.

StoreMI moves data between the two storage solutions, so it analyzes the data and moves the most frequently used data to the faster SSD or drive. This results in much faster (or at least more agile) overall system performance, reducing game, application, and system startup load times. Effectively, you are using some kind of SSD cache. 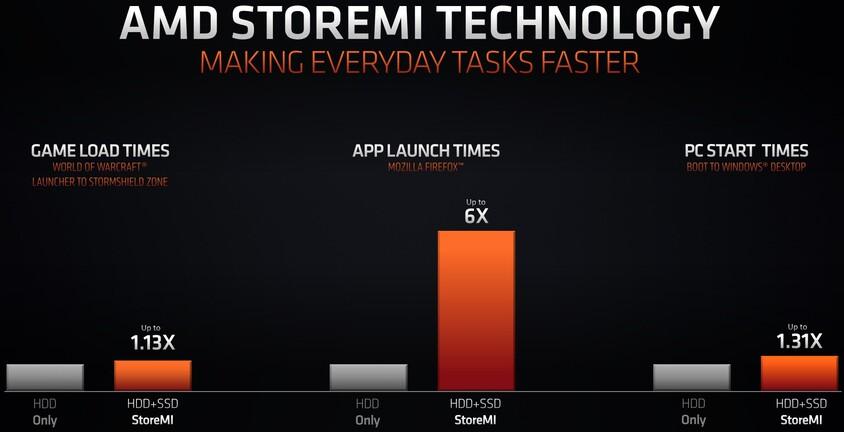 The original StoreMI software from AMD had some problems. Particularly, being a solution by storage tiers, data was transferred from the slow drive to the fast one but without saving a backup copy on both, and although this has the advantage that the maximum storage of both drives is used (the virtual drive that is created has a capacity of the sum of both units), in the case of power outages it is easy to cause data corruption. Likewise, if you have a problem with the software, you run the risk of losing all the data contained in the virtual drive.

Another novelty of StoreMI V2 is that this problem has been solved because it uses an SSD cache system, which copies the data from the slow drive to this cache and then to the new one, and the cache is not cleared until it is copied is over. This reduces the total storage capacity a bit, because part of it is used from the cache, but it avoids major problems and the truth is that it is well worth it. 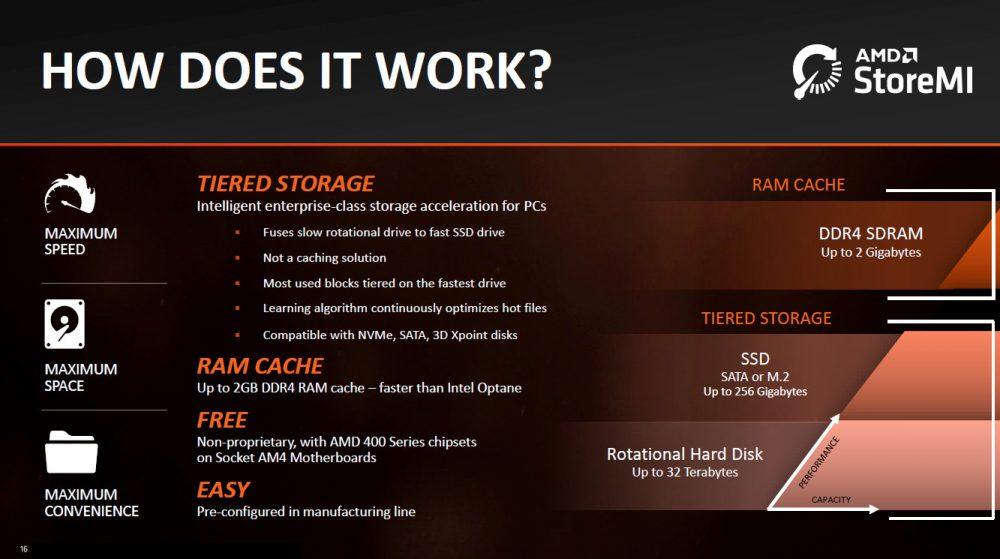 In short, with this new version of technology, now many more users will be able to benefit from it, and especially those with entry-level or mid-range systems, which are the ones that will benefit the most because generally high-end PCs they already dispense with “slow” storage. The data corruption problem suffered by the previous version has also been solved, which has reduced the total capacity of the virtual volume that is created a little.

Thus, with AMD StoreMI V2 users will be able to create a single hybrid volume using an SSD and a conventional HDD with “almost” the combined capacity of both, and with the performance of the SSD, greatly accelerating the overall performance of the entire system.