Smart bracelets are the favorite wearable for many, not only because of their lower price compared to watches, but also because they include all kinds of functions that are of great help to the user. The two main ones on the market are the Xiaomi Smart Band 7 and the Amazfit Band 7 , which have several differences and similarities between them, so we are going to analyze them to see which is the best option.

Both brands base their products on value for money, but Amazfit is focused solely on the accessories market, especially smartwatches; while Xiaomi has a wide catalog of products. Likewise, we are facing a battle of the titans that is worth exploring in depth. 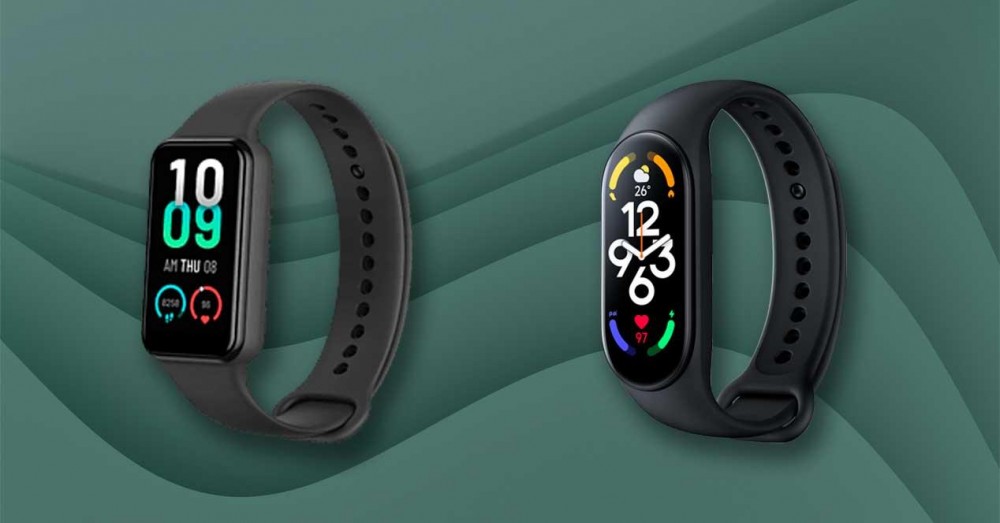 Below, we have listed the main differences between the Xiaomi Smart Band 7 and the Amazfit Band 7. In this way, you can easily know which is the alternative that best suits your personal preferences and needs, so here we go. 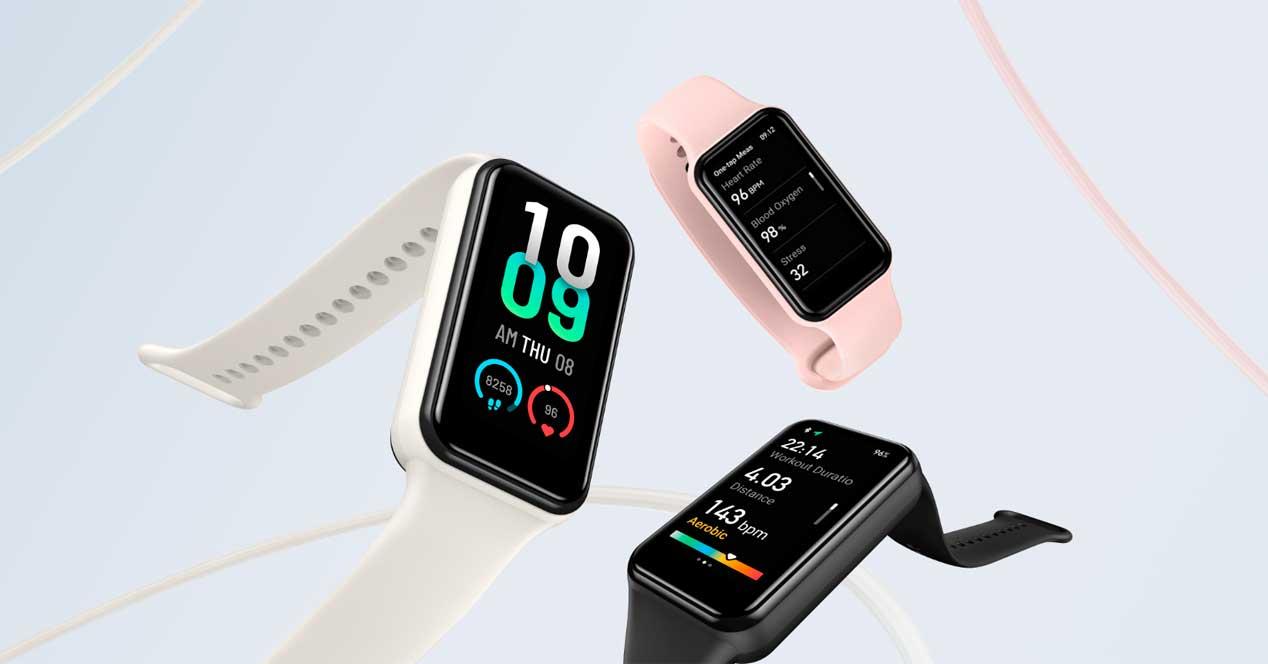 At first glance we can see obvious differences between the two smart bracelets. The Xiaomi one presents an identical appearance to the previous models, maintaining that oval shape compared to the rectangular one that the Amazfit wearable bets on. Both are made of plastic, they use glass for the screen and silicone for the strap.

This section is directly related to the design, since the size of the screen plays a fundamental role in this regard. Although it is true that the Xiaomi Smart Band 7 has a larger diagonal of 1.62 inches compared to the 1.47 inches of the Amazfit Band 7, but the rectangular aspect of the latter favors the user when it comes to displaying the information in a more complete and visible way, since the bracelet of the Chinese technological giant is narrower. For both, an AMOLED panel has been used, so the display is perfect thanks to bright colors that are visible at all times. 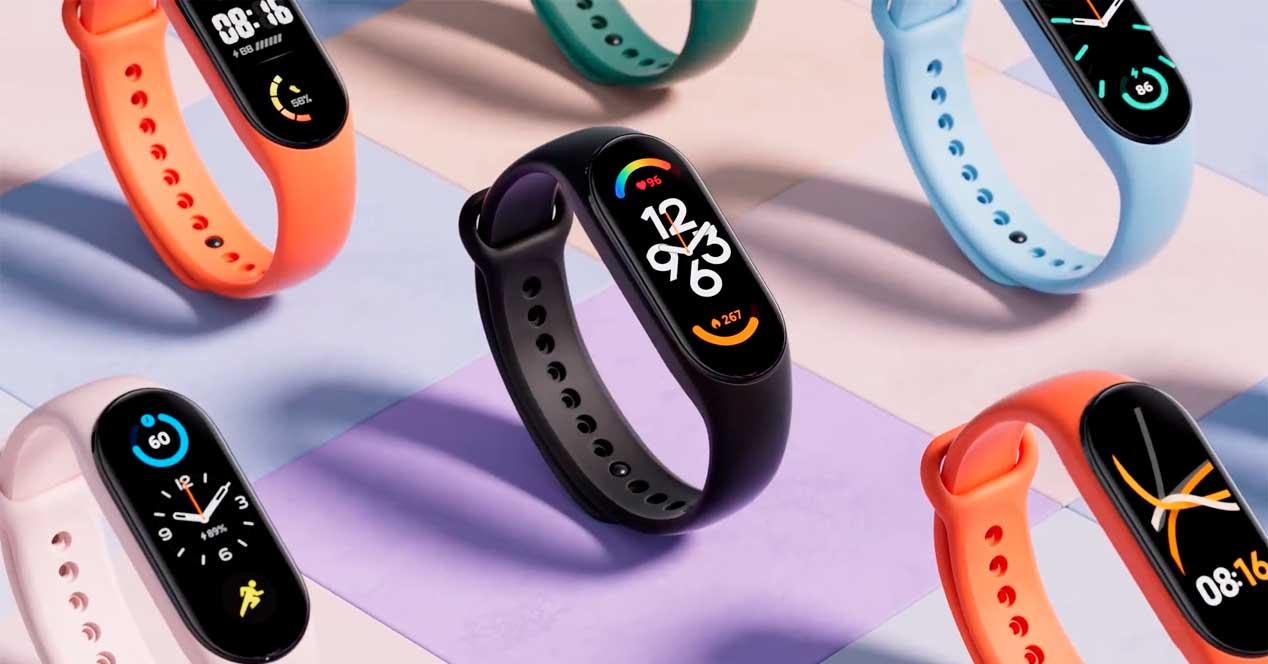 In autonomy there are also discrepancies between the two. Mainly, because the Amazfit smartband has a 232 mAh battery that, according to the brand, lasts about 18 days . On the other hand, the one manufactured by Xiaomi , has a 180 mAh battery , which reduces the duration to 14 days . However, due to this lower capacity, the Xiaomi Smart Band 7 takes less time to fully charge.

Regarding the measurements, it is important to note that both smart bracelets are exactly identical . Heart rate, blood oxygen saturation, stress… with the main absence of a GPS to use navigation systems. The only differential of the Amazfit Band 7 is that it allows all these measurements to be carried out at the same time, while in the Xiaomi Smart Band 7 we have to do it one by one. 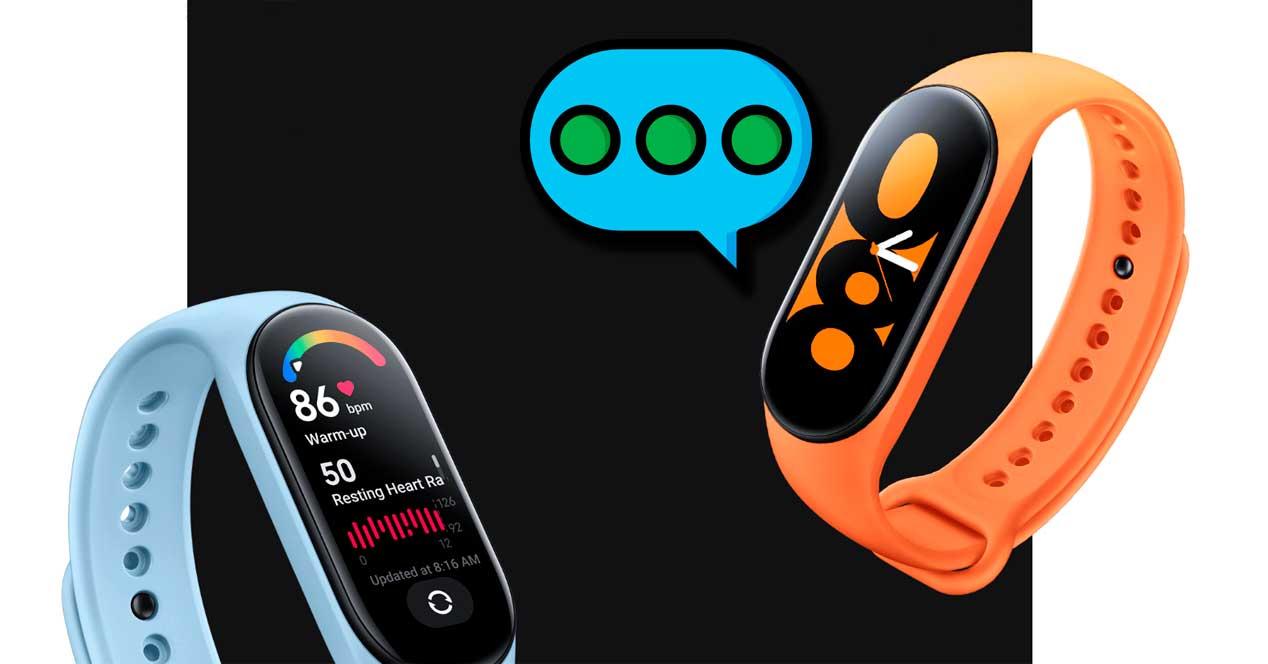 Here we find similarities and differences in equal parts. On the one hand, the Xiaomi bracelet has tricks to answer WhatsApp or Telegram messages in a personalized way after previously configuring it in the app. Instead, the Amazfit Band 7 allows you to install some external applications, although they are very few and are not really useful at all. The determining factor of this is that it includes a microphone to interact with Alexa and this feature has been reserved for the Pro model of the Xiaomi device. Regardless of this, both have more than 100 sports modes, music control, playback, camera…

This can be one of the most important issues for users. The Amazfit Band 7 landed with an initial value of 49.90 euros , which has remained stable until now, with the occasional offer. On the other hand, the Xiaomi Smart Band 7 did the same with a price of 59.99 ; however, today it is possible to get it for around 40 euros on platforms like AliExpress, where Xiaomi distributes its products.

After all, both are very similar activity bracelets, so it all depends on the design that you like best. Xiaomi’s is more ideal for small wrists, but some will prefer to have the content in a more colorful and complete way. In any case, the differences between them are not decisive when choosing one or the other, so if you see the Xiaomi Smart Band 7 at a good price , we would not hesitate for a moment.