Antivirus is a software that over the years have been gaining in importance. The main reason for all this is that the potential attacks to which our computers are exposed are also increasingly dangerous. This is something that is especially evident in Windows operating systems .

In addition, not only that, but we must also bear in mind that the data we handle on current computers is also more sensitive than before. This is also largely due to everything we can already do from the Internet . By this we mean the possibility of operating with banks , sharing official documents, filling in confidential forms, etc. That is why keeping all these data and files safe is key in most cases. That is why we usually use the antivirus that has been accompanying us for so many years. To say that in Windows 10 , as you already know, we have a proposal of this type pre-installed and free. It is also a solution that does not stop growing and improving. However, many users prefer to continue using third-party proposals, those of a lifetime. In this sense, we can use the products of many security companies. Some of these are better known than others, in addition to being both free and paid.

In fact, at least initially, many choose to try the paid version of an antivirus, even though there is a paid commercial version of the same product.

Advantages of using the paid version of an antivirus

This is precisely what we wanted to talk about along these lines, about the reasons why it is advisable to end up using the commercial version of an antivirus . The first thing to keep in mind is that in many cases the free one is nothing more than a limited trial version in many respects. Therefore, because it is a test, it should not be reliable to continue using it forever. 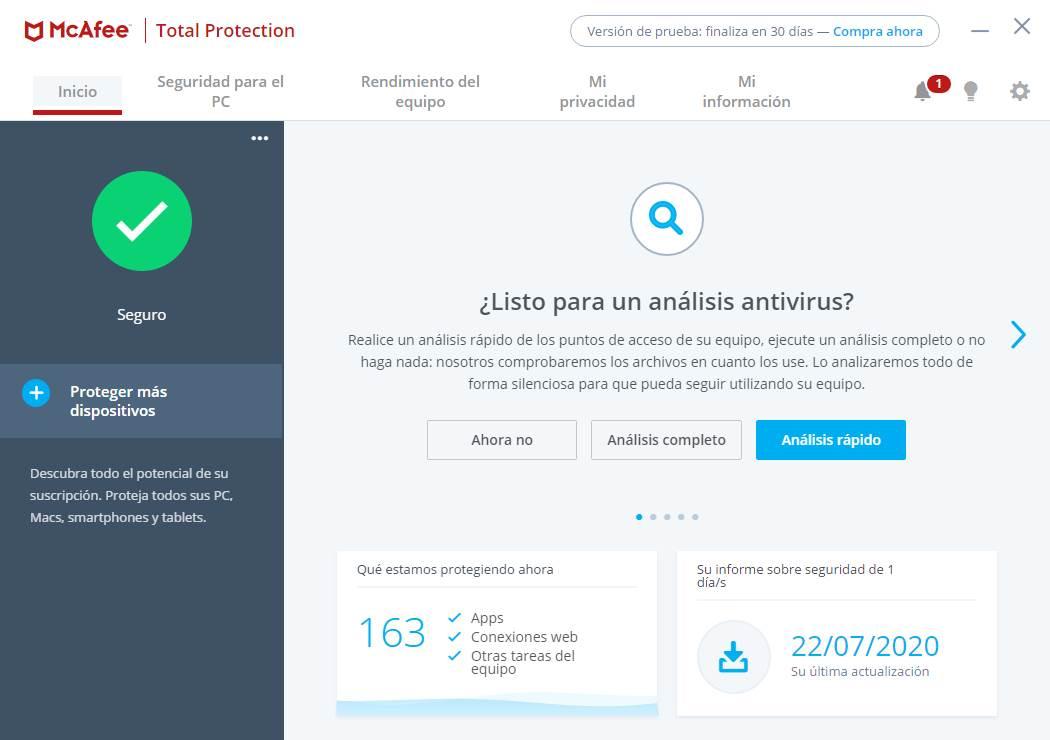 Keep in mind that this is not just any software, as it is responsible for protecting our PC, data and operating system. In addition, the paid versions are usually conveniently updated at all times, a matter of hours. This is something that you cannot assure from the free version. Not to mention the functionality that we are going to find. Many antivirus programs that we test at no cost are limited to detecting and warning us of the malicious code they find. With this what we want to tell you is that they do not even eliminate them.

But that’s not all, but also in the paid version we find many other additional functions. Among these we can highlight account protection, functions to prevent Internet fraud, download blocking, VPN service, content filtering, parental control, etc. On the other hand to all this we must add that in many cases, when paying, we will have a 24-hour assistance service. This can be very helpful to us before certain extreme cases that endanger the PC , for example.