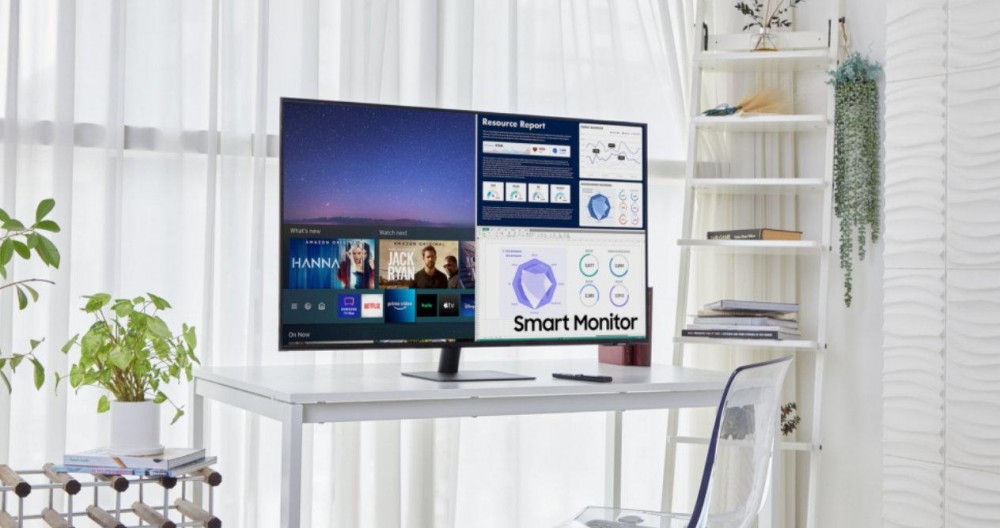 Samsung‘s smart monitors seem to have been quite popular, because now the company is launching two new models that further complete its catalog and provide options for the needs of all types of users. Thus, whatever size you are looking for, it is likely that you will find it and with the ideal resolution for each of them (or almost).

The monitor that became a Smart TV

Samsung launched some time ago a very interesting proposal for computer monitors, because they are not simple screens as we used to see and use until now. These Smart Monitors are, as the name suggests, smart. That meant that the Korean manufacturer thought it would be interesting to integrate the necessary electronics to give them the same advantages of their televisions: Tizen, their platform for Smart TV.

Thanks to this integration with Tizen, the new monitors could be used like any other screen connected to a PC or any other video player such as a console, set top box, etc., or used as if it were a television with a system. that allows access to streaming platforms such as Netflix, HBO, Disney +, etc., without any additional device.

A very interesting feature because when you didn’t want to turn on your computer, you just had to activate that smart part of the screen and that’s it. Something that incidentally is quite common among users who buy a Smart TV and never get to tune in to the signal that comes from DTT. And all this while maintaining the technical characteristics that make a monitor a monitor and not a television despite having the same screen diagonal and resolution.

Because connecting a computer to a television is not a guarantee of having the same experience because the way of rendering texts is usually different. Hence, many televisions have PC mode so that the image quality is better and according to the needs of the computer user.

Well, now Samsung is launching two new smart monitors that expand the catalog that was available so far. These new screens cover larger and smaller diagonals: 43 and 24 inches . Of course, between the two screens there are differences in resolution and that you should take into account when you buy them.

On the one hand, there is the new 43-inch M7 that offers a panel with 4K resolution . While the new 24-inch M5 model drops to 1080p . But it is the only thing that changes between the two besides design details, because otherwise they are identical and offer the same options.

Of course, although having a smaller diagonal could make sense to reduce the resolution if it is not going to be given a demanding use in photo, video or similar editing issues and a large work desk is not required. But if not, it would have been great that both with that diagonal and with the 27-inch one, 4K was also offered. Because the same 32 or 43 inches for those looking for a monitor with which to work, play and enjoy content may not always be so interesting.

Now the Samsung Smart Monitor offer is as follows:

However, it is true that even this scenario is very particular and whoever seeks 27 ″ with the highest possible resolution will opt for screens for much more professional or specific photo and video topics. Here the value that Samsung brings with its Smart Monitors is versatility.