Interstellar, like many other space movies and series, dealt with the human need to find new planets to inhabit. It’s not just science fiction. Sooner or later, the conditions on Earth will be uninhabitable and we will have to think about packing. Where will we go?

Part of the scientific and space studies are aimed at solving this chimera. The first thing is to be clear about what habitability conditions could be compatible with life. What conditions should a planet have to be habitable?

Obviously, the most obvious answer would be: ones similar to Earth. However, NASA has a series of search patterns in this regard. The definition of “habitable zone” is the distance from a star that liquid water could exist on the surfaces of orbiting planets.

Habitable zones are also known as Goldilocks zones , where conditions can be just right—not too hot and not too cold—for life. Every star has a habitable zone, but where that zone is located is different for stars of different sizes and brightnesses.

Venus, the planet with the most possibilities

If there is a planet that NASA considers the most habitable within our Solar System, it is Venus , to which it gives the category of “potentially habitable”. However, the fact that it is hypothetically the most habitable does not mean that it is. Its high temperature and pressure, at the moment, make it incompatible with human life according to current possibilities. 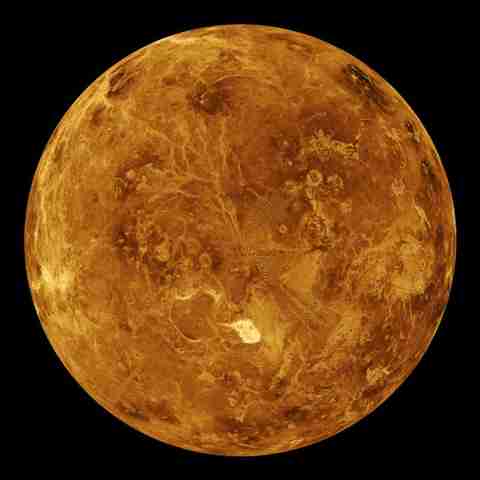 Astronomer and popularizer Carl Sagan, creator of Cosmos, proposed the application of planetary engineering on Venus to make it habitable in an article published in Science magazine in 1961. His plan was to seed the atmosphere of the burning planet with algae that would sequester CO2 from the atmosphere, reducing the greenhouse effect , in what would be the germ of the concept of terraforming, which would be used as such for the first time in 1982, when the planetologist Christopher McKay wrote Terraforming Mars, an article for the British Interplanetary Society in which he proposed a method of heating the atmosphere of Mars.

The most likely option for NASA is to live in cities built in its atmosphere rather than on its surface, in city-bases built in its atmosphere, about 50 kilometers above the surface of Venus. In this way, the conditions of temperature, pressure and humidity would be ideal for installing hypothetical floating bases that would be inhabited by humans.

We talked before about Christopher McKay’s eighties idea about terraforming Mars and it didn’t stop there. However, its conditions are far from making it a habitable place, at least for human beings. To name just a few of its atmospheric characteristics, solar radiation is so high that we would die, its atmosphere is unbreathable for us and, to survive, we would need to find water. Mars has poles, but its ice is not water, but carbon dioxide.

Even if water were found, the Martian colonists would have to live confined to bases, to have breathable air and be protected from radiation. Despite everything, its gravity is two thirds that of Earth, its average temperature is -46 ºC and its atmosphere contains almost no oxygen.

Despite not being a planet as such, but rather one of Saturn’s moons, Titan is another candidate for moving to. It has a small atmosphere that protects the planet from radiation, and it has water, although in the form of ice.

The big current problem is that it is so far from the Sun that its average temperature is about -180º C, which also makes it incompatible with human life. For comparison, the lowest temperature on Earth ever recorded by a weather station was -89.2°C in July 1983 at Vostok Base, a Russian research station in East Antarctica. 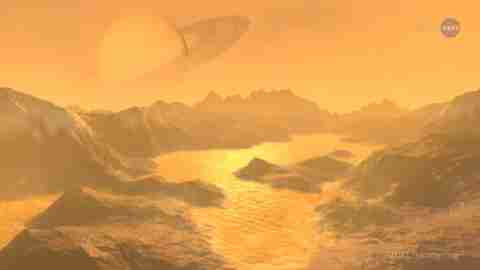 Beyond the known planets of the Solar System, some of the “Goldilocks” that we mentioned before could be Kapteyn B , one of those exoplanets with more possibilities of human life also in a fairly distant future. And it is because it is located in the habitable zone of its star and, as we said before, this implies that the chances of there being water and oxygen on its surface are high.

Located 12.8 light years away, it is the closest exoplanet to the solar system with the possibility of harboring life after Tau Ceti e . Kapteyn b’s similarity index to Earth is 67%, very similar to that of Mars (64%). That of Tau Ceti e is 78%, but with temperatures above 50º C positive.

According to this index of similarity with the Earth, IST (ESI in English, Earth Similarity Index), the most likely candidates would be the following (1 being the reference value of the Earth):

As we can see, there are many potentially habitable planets and on each occasion there may be a favorable element, for many others that are not to make it directly compatible with human life. That is why there are still many years to go before we can move from Earth with guarantees of survival.