Today the new alert system RAN-PWS (National Alert Network – Public Warning System) is released. This system of notifications to the population, from which you may receive a test message, is an obligation of the European Code of Electronic Communications, by which all member countries of the European Union must have it by 2022.

This new free service, managed by Civil Protection , will allow you to receive official alert information in the area where you are, by sending a text message that will appear on the devices of those who are in the area. In addition to warnings through acoustic signals, Civil Protection will have at its service a new, more effective and far-reaching tool to distribute mass warnings among citizens. This is how the PWS alert system works

This system of alerts to citizens in case of emergency works through the so-called cell broadcast or cell diffusion technology, consisting of radio signal emissions. In this way, the telephone antennas will act as transmitters of alerts to all the terminals that are connected to them in their range. 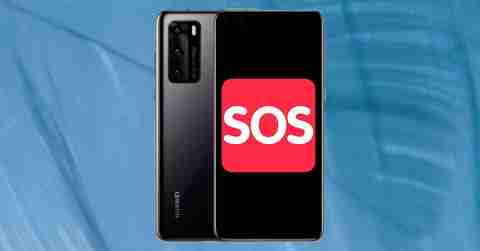 The system, therefore, can send messages to the base stations close to the emergency zone and these, in turn, forward said alert message to the mobiles that are in their range, regardless of the operator. To help that they can also serve visitors or tourists, these messages will arrive in Spanish, English as the international language and co-official language depending on the Autonomous Community. That language is not an impediment to saving lives.

Among the benefits of this technology is the low bandwidth it occupies and its rapid transmission, since the original alert message is practically immediately forwarded. Its operation covers practically the entire Spanish territory, since, at the moment, it works with 4G mobile coverage (5G later).

Advantages of this system compared to SMS

This system has been chosen over SMS notifications to ensure that it arrives immediately, while text messages can take several hours , which can be crucial in emergency situations and save lives. If the shortest possible reaction time is needed, this new system is perfect, since it is “ultra-fast, works in real time, takes up very little bandwidth and is automatic for all devices in the predetermined zone” .

In addition, you will not have to worry about the privacy issue either. The only thing the PWS does is detect the mobiles in the range of the base stations to which it points, and launches the message through sound notifications that do not stop ringing until the reading of the alert is confirmed . Once it has been read (or at least confirmed), the message will disappear without leaving any record of the mobiles it was sent to. At the local level of your own device, you will not have a trace either on the SIM card or on the phone itself.