All of us who use a computer, and connect to the Internet, must have a good antivirus installed and ready to deal with threats that, at any time, can jeopardize our security. Windows 10 and Windows 11 include an antivirus as standard, perfect for having a standard layer of security against threats. And, in addition, we can find a wide variety of different, more complete antivirus programs online to complement our security.

Although thanks to the cloud most antiviruses share virus signatures to offer the best protection to all users, each one has its own engine, and the final protection that we can find can vary a lot. Since we cannot manually test all antiviruses, there are companies that are dedicated to testing them to help us choose which one is the best, or the worst, based on these tests. This is how it works, for example, AV-Comparatives, an independent organization that, every several months, tests the latest versions of antiviruses. 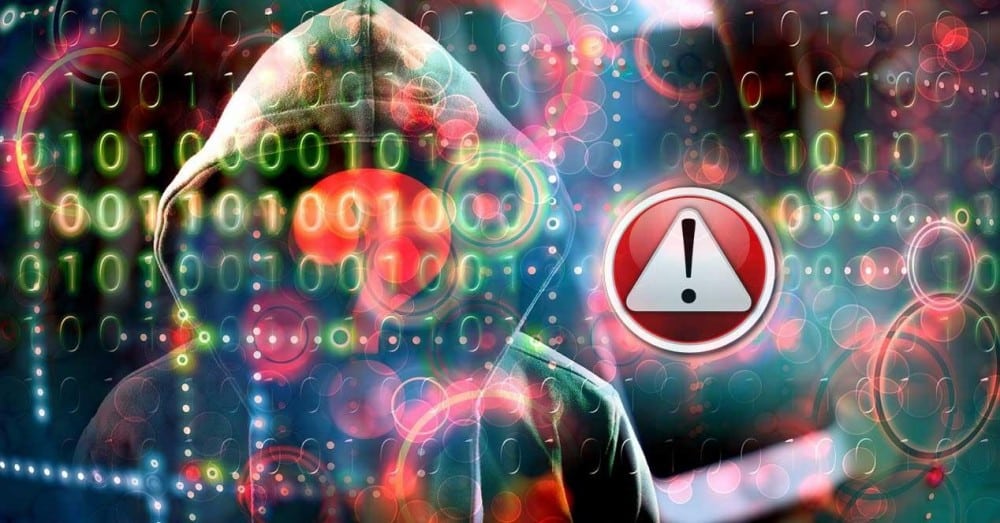 After half a year, today we have the new security tests carried out between July and August of this year. These tests are based, above all, on real environments, facing the real threats that proliferate on the network every day.

According to these results, these are the best antivirus that we can install on our PC today.

Only 5 antiviruses have blocked 100% of threats

Of the 17 antiviruses that have been put to the test in these new security tests, only 5 firms have been able to provide maximum security, blocking 100% of threats. And, of these 5 antiviruses, only 3 have done so with the least number of false positives possible (only 1) and they are:

Avast and AVG share the same engine as they are owned by the same company, so it is normal that the results have been the same. The curious thing is that Avira, independent from Avast, and also free, has obtained the same score as its rival. It is clear that free antiviruses are eating ground to paid ones.

G-Data and Trend Micro have been the other two antiviruses that have blocked 100% of the threats, but with a much higher number of false positives, so they are relegated to the background and can generate confusion for users.

In addition to the 5 previous antiviruses, there are another 2 that have managed to block 100% of threats: Norton and McAfee. The problem with these two is that, in addition to having false positives, they have also left some choices up to the user, so the latter, due to ignorance, may end up being in danger. 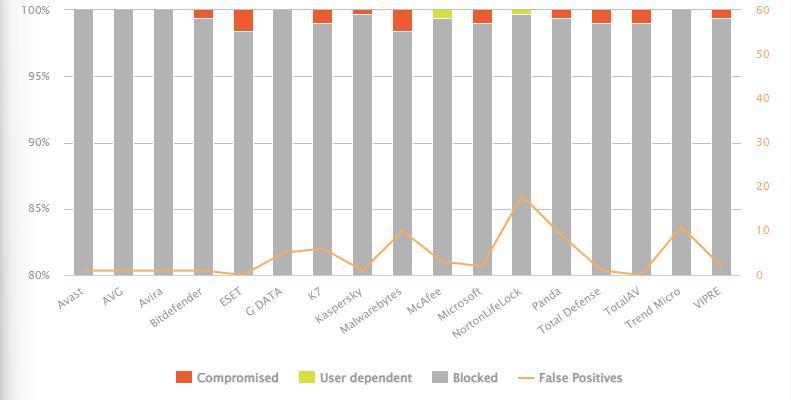 The rest of the analyzed antiviruses have let escape, at least, one of the threats. And that, if they had been installed on the PC, could have put us in danger.

The antiviruses that have least compromised computer security have been Kaspersky, Bitdefender, Vipre and Panda, all of them with less than 1% of threats. And the ones that have given the worst results in the tests are ESET and Malwarebytes, with about 2% of undetected threats in both cases.

Windows Defender has not been very well stopped either. Microsoft‘s antivirus, which is installed by default in Windows 10 and Windows 11, has allowed 1% of all threats to escape, in addition to returning 2 false positives to users. Maybe it’s time to look for an alternative.