There has been a lot of news lately regarding the MIUI 13 release date and while many believed that Xiaomi would release its latest and (we hope) best Android customization layer this August, finally the firm’s CEO would confirm that this would happen later. of year.

Which mobiles will it reach first?

Beyond the new top of the range of the family, MIUI 13 is expected to land on a series of devices that are what you would have to have in your possession if you want to enjoy the software before anyone else. These would be:

Obviously, all the smartphones that are launched after the Xiaomi Mi 12 is presented, such as the future Mi Note and the Redmi Note 11, would also be presented in partnership with this software.

Remember that not all smartphones that receive Android 12 should necessarily be updated to MIUI 13 . As has happened this year, it is possible that the new version of Google’s operating system will also adapt to MIUI 12.5 to be able to reach a greater number of phones. 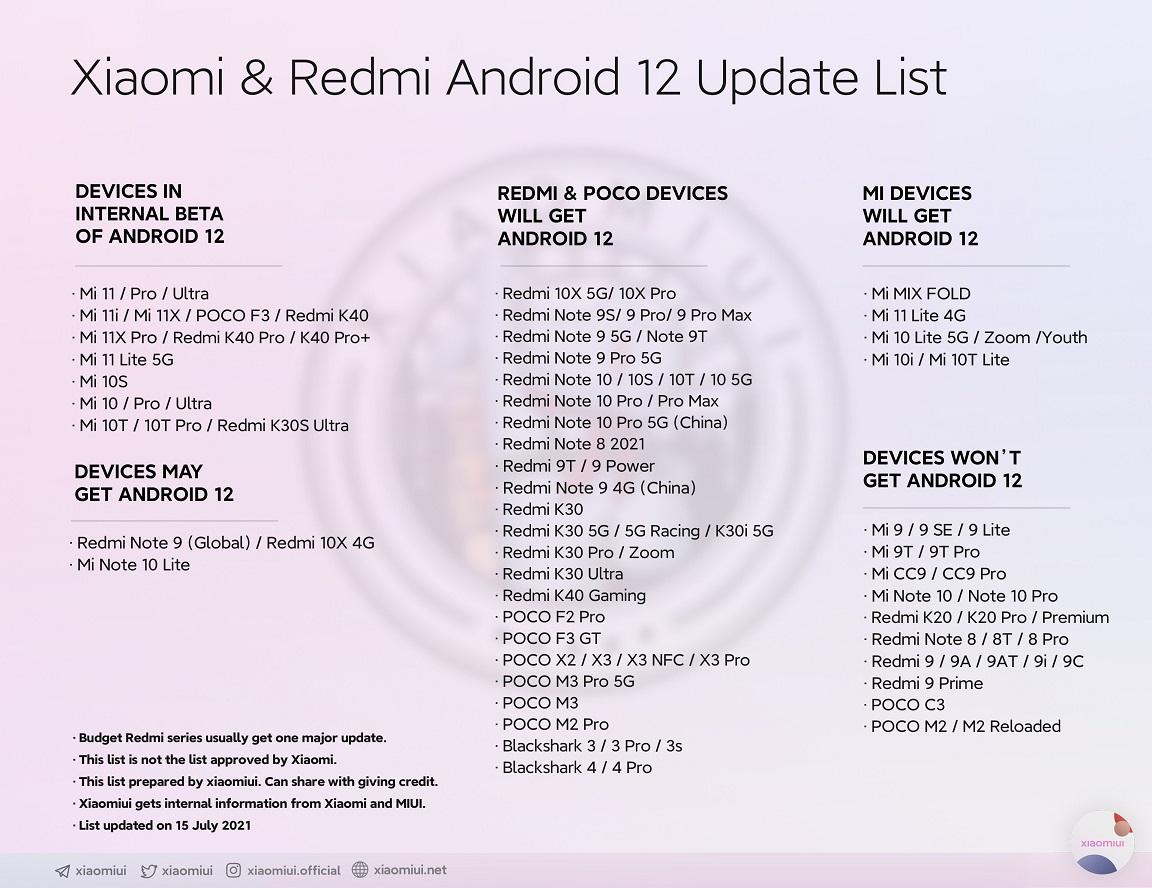 What will you gain with MIUI 13?

Owners of Xiaomi, Redmi and POCO phones compatible with the company’s operating system will be able to enjoy new features such as further expansion of virtual memory and a redesigned control center. Likewise, they also had more security options and more system optimizations, so that it does not suffer from the same type of errors that currently populate MIUI 12.

This is one of the reasons why the manufacturer has not been able to complete its MIUI 13 launch plan in August, since right now there are a good number of company developers polishing every aspect of the operating system so that, when it hits these first Xiaomi phones, do it in the best possible way.