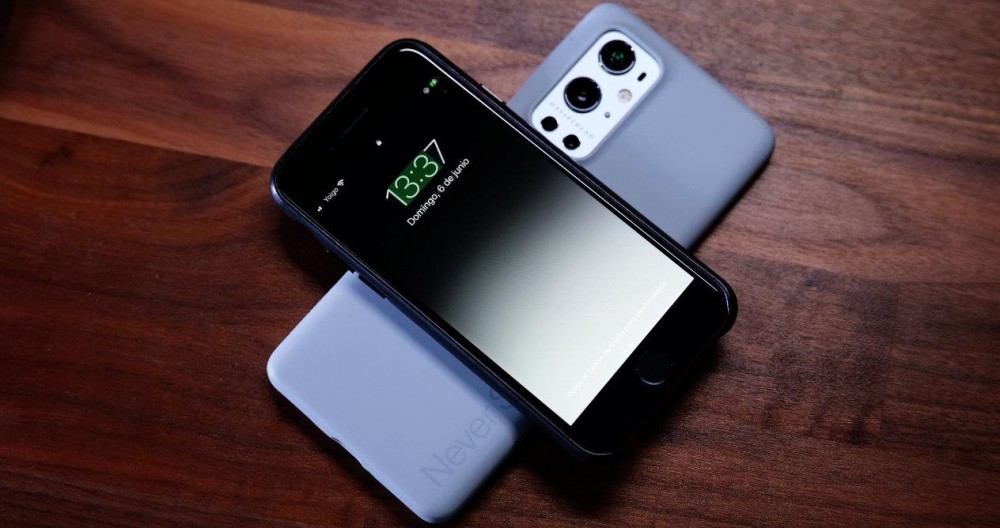 Wireless charging has never been one of those essential features that any device should have, but it is true that when you do not have it, you miss that convenience it offers. Well, something similar happens with reverse wireless charging. The moment you start to see for yourself the advantages it offers, you wonder why not all high-end devices offer it yet, and even those that are not.

Reverse wireless charging, what is it?

During the last few years we have seen how wireless charging systems have become more and more popular. The price of chargers has been reduced dramatically and you can find bases that are compatible with the Qi standard for as little as 5 euros, such as wireless chargers from IKEA. But not only that, they have also improved a lot in terms of performance.

Of course, before moving on with the odd example, what is reverse wireless charging? Well, as you can imagine, it is neither more nor less than allowing a mobile device to become a wireless charging base. So you will be able to place another terminal or device compatible with wireless charging on it and it will be charged.

Advantages and disadvantages of reverse charging

Taking into account the number of devices that can be charged wirelessly, it is easy to imagine situations where having it would be an important advantage. Although not everything is always wonderful and there are disadvantages that can arise, although they are so obvious and easy to solve that they should not be a reason to justify why this feature is not integrated.

The main advantage is to be able to provide an extra battery to those devices, especially the smallest type of true wireless headphones and the like, with a little more autonomy when they are most needed. Also for those who, like us on more than one occasion, go with two phones it is interesting because they ensure that they can have a little more autonomy if they need it in which it could be the main one.

Regarding the disadvantages, it could be said that there are only two. On the one hand, the possible additional cost that its implementation would imply, although it is true that including this technology is not going to mean a significant extra in the final price. Because there are already high-end models that are technically compatible and they still haven’t activated it.

On the other hand, there is the issue that could really affect the user the most and is consuming the battery of the main device . Even so, this justification is somewhat vague since it is the user who could at any time assess whether or not they are interested. Logically if you are going to run out of battery in your phone, you will not use it. But knowing that the remaining charge gives you to get home or any other place where you can connect it to charge, being able to give extra battery to other devices in your day to day is very useful.

So there really are many more advantages than possible disadvantages to including these reverse charging systems.

Reverse charging is really not something new and for a long time we have had in many devices what could be called reverse charging by cable . That is, the possibility of connecting two devices and that one of them served to power the other and therefore charge it.

For example, iPads can be connected to another device using a USB C to USB C or USB C to Lightning cable and charge it. And like the iPad, many other Android-based devices. So it is interesting to know if your current products are capable or not of making use of this type of load, because they could get you out of trouble on more than one occasion where you run out or are about to run out of battery, you don’t have any plug nearby or an external battery.

How to activate reverse wireless charging

To activate reverse wireless charging, the normal thing is to go to the battery settings on Android devices or from the quick shortcuts panel, which you can access by swiping from top to bottom to see also possible notifications.

There, in that shortcut panel, there is usually a setting or it can be edited to appear and that allows you to activate the reverse wireless charging. When you press it you can turn it over and as if it were another Qi base, place the other device that you want to charge on top and that is also compatible with wireless charging.

Just one last piece of information, when the phone is below a certain amount of battery it will normally not let you use reverse wireless charging. For the same reason of not leaving you without battery in your main device. And logically the charging speed will be limited to a power normally of 5W , so it will not be as fast a process as the one that an external load would provide.

Currently there are many phones with reverse charging option. Not all, because as we said there are high-end models that could support it and even so it does not have this option enabled. But it is true that in certain high ranges it is increasingly common.

Samsung, OnePlus, Oppo, Xiaomi, Huawei or Google with their Pixel 5 are some of the brands that offer these features in several of their terminals. So you just have to check if yours is one of them. If so, and at the same time you are a user of accessories such as True Wireless headphones, you already know that if you need an extra battery, your phone can give it to you.