It is evident that one of the main functions that we ask of any antivirus is that it efficiently protect our computer and the data stored on it. But considering the importance of this software, it should also affect the operating system as little as possible. We say this because it seems that Microsoft‘s Windows Defender is causing problems in this regard.

We must start from the basis that an antivirus is almost essential software on most Windows-based computers. At this time, users can opt for the antivirus that is installed on the system, or for any other. Over time, little by little, users have gotten used to using Windows Defender as their computer security solution. Likewise, many others install third-party external solutions that they trust more. We must bear in mind that at the moment we install any other antivirus here, the one that Microsoft offers us by default, is deactivated. Generally this proposal from Redmond goes quite unnoticed, but it seems that lately this is not the case.

We are telling you all this because, based on recent tests, behaviors that are harmful to the computer have been detected in Windows Defender. Apparently, Microsoft’s antivirus causes a problem of high use of RAM memory , which leads to our PC being slow and even crashing. This is something that has been seen on many computers with Windows 10 20H2 installed. Moreover, apparently these problems have been occurring over the last month.

Be careful, these errors are caused by Windows Defender

To give you an idea of what we are talking about, for no apparent reason the antivirus makes exorbitant use of the RAM memory of our computer. We can also find ourselves with a black screen after logging into Windows, which directly affects the start-up of the operating system. In addition, security software also impairs the initial operation and launch of some programs .

For example, many users have reported that the company’s popular text editor, Word, either won’t open or takes a long time to start up because of it. It is also worth noting that some elements of the operating system itself are affected by the high consumption of Windows Defender. It should be mentioned that the Event Viewer takes much longer to display its content to the user. 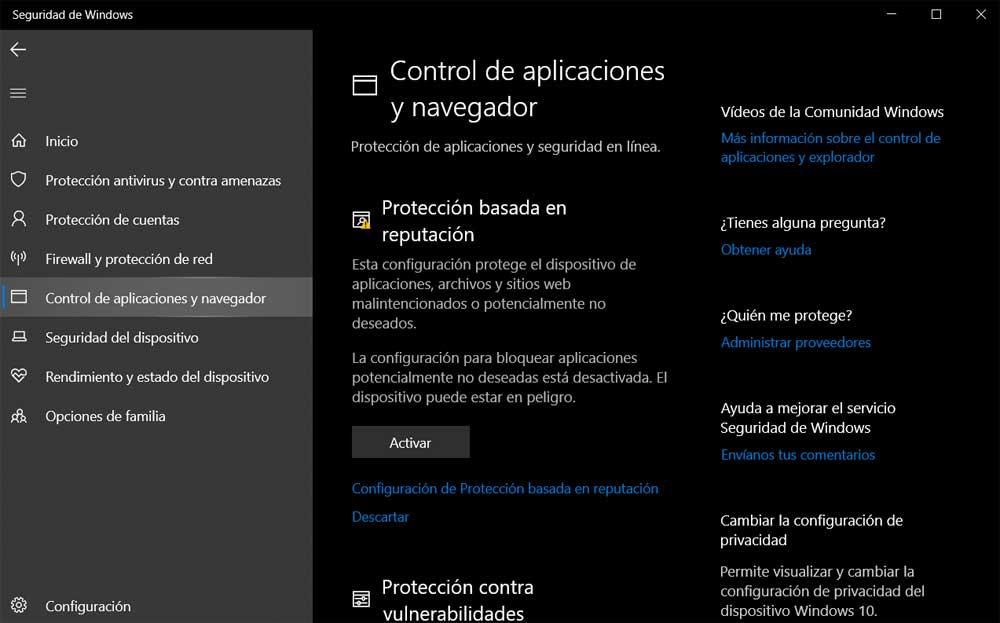 Again based on recent studies, it appears that this high RAM usage issue is caused by a RAM leak bug. However, we cannot say that this bug is new, as Microsoft had already fixed it once in the past. The company itself claims that the problem started with version 1.363.177.0 of the antivirus, but despite the solution sent, the error has reappeared . This means that the previous solution was only temporary.

This high memory usage that we are talking about is given by the Antimalware Service Executable process of the Windows Defender antivirus. Therefore, now it only remains to wait for Microsoft to launch a definitive solution to the affected computers and users.