Everything related to the security of our data when we work on a PC has become key for many. Every time we work with our own more sensitive information on our computers with Windows or Linux, data that we do not want to fall into the wrong hands.

Therefore and in order to protect ourselves, we use specific applications and solutions that take care of our own system, programs and data. But of course, they do not always have the expected success, something that we have surely already suffered on several occasions. Speaking of the security of our data and applications, we will tell you that for many years the security of Windows has always been questioned. What’s more, users of some of the Linux distros have always defended that their computers based on the open source system are more secure . This is a debate that has been talked about for a long time, so we are going to see some of the reasons for such claims. Specifically, we refer to the reasons why it can be said that a Linux computer is more secure than one based on the Redmond system . With everything and with this, first of all it is important to note that the security of the current Windows 10 has improved significantly compared to previous versions, in part thanks to Windows Defender. 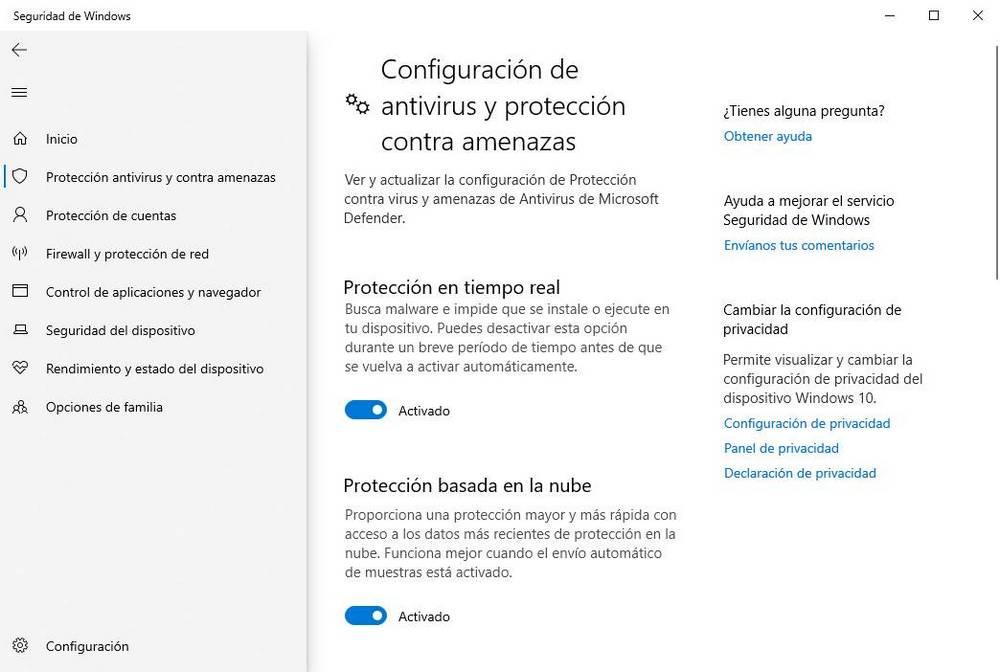 The first thing to keep in mind is that, as you know, the market share of Linux is much lower than that of Windows. This is around 2% penetration, so cyber attackers put much more effort into developing malicious code for Windows. In this way they cover a much larger number of potential victims, as is easy to imagine.

In fact we can focus, in the mobility market, on Android. This is a Linux based operating system but with a huge market rate compared to iOS. And here, all kinds of vulnerabilities and malicious code can occur, all despite being based on Linux.

When talking about Linux, we find ourselves with a free and open source operating system most of the time. The same happens with a good part of the programs that we install and use on a daily basis here. This means that any attack or vulnerability suffered here can be corrected much earlier by the user community itself.

And it is that if necessary, to patch a certain vulnerability does not depend everything on a single company, as happens for example with Microsoft and its Windows.

At the same time, we must bear in mind that the permission management offered by an operating system like Linux is much more powerful and advanced. When we talk about the management of permissions we refer to those of the file system, user permissions, etc. Due to all this, adding the restricted accesses that we find in the execution of applications , make cybercriminals very doubtful when developing malware for Linux.

Of course, for all this permission management that we find in Linux, it makes making high-level changes by malicious code much more complicated. And to this we must add, as we mentioned before, the low market share that Linux has compared to Windows. So, in short, attackers generally prefer to focus on Windows computers and users, they find it a more profitable job.

Linux is a more modular operating system than Windows

Keep in mind that from the ground up, the open source system has a more modular design. Therefore, when it comes to focusing on security , say that Linux allows us to remove a certain component if necessary. This gives us the advantage of being able to eliminate or solve more quickly any attack suffered by the software focused on one of its many sections.

However Windows works more like a block, at least for the moment, which makes it difficult to resolve vulnerabilities in many cases.