As a power source, the battery is a key component and directly affects the overall reliability and functionality of your electric scooter. There are several types and technologies for the manufacture of electric batteries, some older than others, each one with its advantages and disadvantages, although today there already seems to be a clear dominator in the market due to the benefits it has. Now, why is it now lasting less and less?

The battery is likely to suffer All electric scooters run on a battery, of course. A battery that, over time, has become increasingly predominant in everything that has to do with the most modern and sophisticated vehicles. In charge of supplying energy to the motor , it is responsible for feeding it.

In general, the battery is installed under the platform of the scooter, but certain models have it attached to the handlebar or next to the rear wheel. The type of battery, either by its composition and charge, determines the autonomy of the scooter, which is usually located in a range that goes from 15 to 25 kilometers .

In any case, it is more than likely that it will end up suffering some inconveniences and you will have to change it, even if it is new or of little use. The reason for this, and more so in seasons such as summer, may be due to a lack of refrigeration , among others. Therefore, below we are going to show you what it can be due to and how you should take care of them.

For what is this

If you are a regular user of this type of mobility, you will know that the orography of the terrain and the weight transported are factors to take into account when calculating the autonomy of a scooter. But so is the type of battery, as the characteristics of the battery will largely determine the maximum distance that can be traveled on a single charge.

Therefore, before proceeding, you must identify what type of battery your electric scooter uses. You can find this information on its box, in the manual or even by searching the internet. It is important to mention that the one that is lithium is much more common than those that can be, for example, gel. However, if yours uses gel, don’t worry. This is less common, but this does not mean that it is obsolete. Here are a number of reasons. 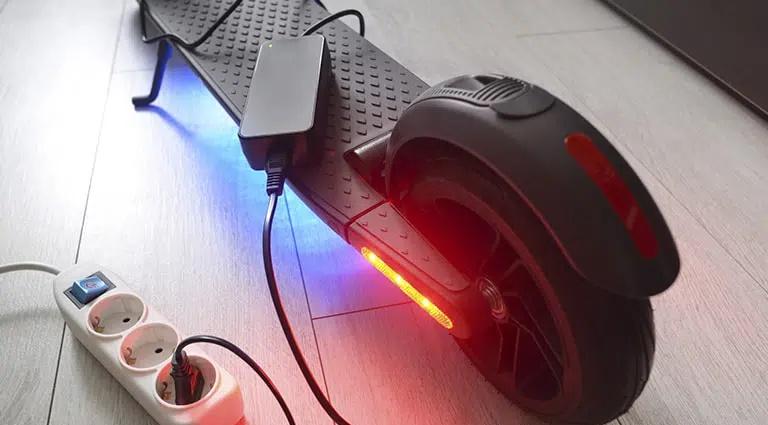 Extreme temperatures are very damaging to the power units of this type of Personal Mobility Vehicles (PMV). The consequences are somewhat different depending on whether the conditions are extreme due to cold or heat, but in times where temperatures are more than high, it may be more than certain that you will suffer for this reason.

Nickel-metal-hydride batteries are more resistant to thermal changes than lead-acid batteries. But, as we say, the most common are lithium ones, which turn out to be the most efficient, since their optimum temperature for working is between 10ºC and 20ºC . Thus, with excess heat, these can see their useful life shortened . In addition, we must bear in mind that if we leave our electric scooter or bicycle for a long time in places with more than 26ºC or 30ºC, it is very possible that the battery will lose its capacity to store energy.

You don’t use the original charger

The duration of a battery will depend on the driving that is done, the speeds that are used during the journey and the type of battery, as we mentioned. However, in general terms, the autonomy of the most modern and sophisticated models (in optimal conditions) offer a range of around 40 km .

However, when recharging it, it is important that we use the original charger . Because no, not all chargers are the same. As with other electronic devices, it is crucial to charge the scooter with its original charger, either the one that comes standard or buying a replacement from the brand itself. If the budget does not allow it, you should look for an approved charger for your model and that has the same amperage as the original charger. 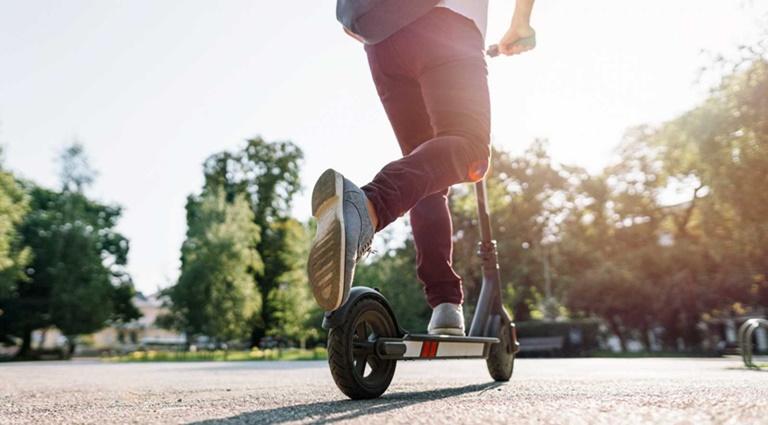 You can pass. Although at first glance the battery itself is correct, and that it is completed normally at the time of charging, it is common that once the autonomy of the same electric scooters is unplugged they suffer from battery problems. Or what is the same: that at the time of use it empties earlier than expected, and more and more quickly.

This is a deterioration of the battery’s capacity, or current. This is usually given to us in Ah (amps/hour), although they are also seen with mAh (milliamps/hour). As such, it is the potential that a fully charged battery possesses to supply a specified amount of electricity. While it’s normal for carrying capacity to decrease over time, this usually doesn’t happen for about two years.