People and computers can be very similar in some ways; After a long day at work, hitting the gym and running errands, our energy runs out and we need to rest. In a way that has little to do with it but whose foundation is similar, the same thing happens with PCs, and you would be surprised by the amount of problems that can be solved simply by restarting the PC .

When you have a problem with the PC and you ask your computer friend or a technical assistance service, the first thing they will ask you is almost always if you have tried to restart the PC. This phrase has almost become a meme (partly because of the famous TV series The IT crowd), but it really makes a lot of sense if you understand what happens when you restart the computer. Why does restarting the PC fix (almost) all the problems?

When you are using the PC, there are processes and applications that open and close all the time. Even if you close a program that you had open, many times there are services or threads that remain resident in memory, which increases memory consumption and after a certain time can even cause an overload in the RAM. Furthermore, these resident processes can sometimes conflict with others, producing errors for no apparent reason. 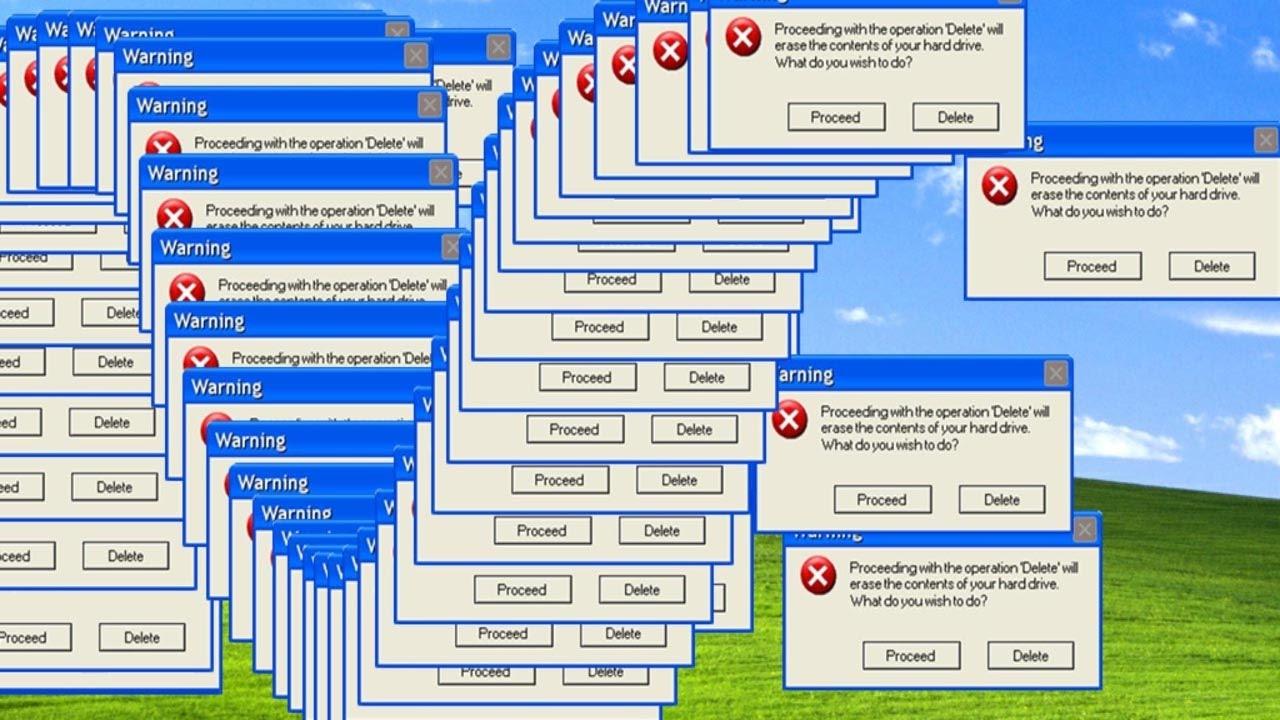 These problems on the PC do not necessarily have to manifest themselves in the form of an error message, but we can find numerous symptoms of different kinds, such as that Windows updates do not work, that a game refuses to run, or of course the famous and feared BSOD (Blue Screen) of Windows.

One of the things that we achieve when restarting the PC is precisely emptying the RAM memory completely. As a volatile memory, it loses the data it contains as soon as it stops receiving power or when it receives the restart command, and therefore it is the first thing we gain by restarting the system. If there was a resident process that was in conflict with another and caused us a problem, we will be done with it.

Likewise, the second thing we gain by restarting the computer is better performance, since in the end all those memory-resident processes and services also slow down the PC’s operation little by little, to a greater or lesser extent.

So, the moment you start to notice that the PC is slow or that you start having problems, you know what you should do first: restart the PC.

How to restart the computer correctly

Although it seems obvious, even reboots on the PC must be done in a controlled way to avoid problems. Almost all PC cases have a physical RESET button that allows us to restart (known as a “push-button restart”), but it is something that we should only resort to as a last resort, since it will immediately cut off any operation that the PC is doing it, and if for example at that moment you were writing a file, it could be corrupted (to this we must add that if that file was a system file, it could cause the operating system to fail when booting). Of course, the power button on the power supply and removing the cable or unplugging the PC have the same effect.

Therefore, whenever possible a controlled reboot is required. To do this, in Windows operating systems simply right-click on the Start button, select Shut down, and then Restart.

If your computer uses MacOS operating system, then click on the bitten apple icon located in the upper left corner of the screen and simply select the “Restart …” option. A confirmation screen like the one you can see below will appear, where logically we must check Restart (and it is advisable not to check the option to reopen the windows to avoid slowdown in the computer). 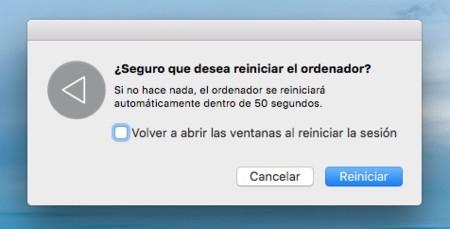 If you use Linux operating system, obviously it will depend on the distribution, but generally you will simply have to go to the menu in the graphical environment and select the restart option. In any case, you always have the option to do it with the command line, entering the following: