The European Commission’s proposal to ban the sale of diesel and gasoline vehicles from 2035 already has the approval of the European Parliament. The legislative body approved the project, which is part of the ‘Fit for 55’ package of measures. Anyway, to this extent it has also been known that hybrid cars are included in the ban. But what is the reason for this? Aren’t they eco cars? Although with less advantage than expected (339 votes in favour, 24 abstentions and 249 against), in the end the ban on the sale of vehicles with combustion engines as of January 1, 2035 has been approved in the plenary session of the European Union.

This ban not only affects gasoline and diesel cars, but also hybrids, plug-in hybrids, gas and even synthetic fuels or biofuels. Or what is the same; From 2035 you will not be able to sell anything that has to burn fuel to move.

All in all, this is one of the most drastic measures with the greatest social impact in those included in the 2050 plan to achieve climate neutrality in the European Union. Before 2035 there will be another intermediate step that will force new vehicles to reduce emissions by 65% in 2030, so that many manufacturers are already working so that their model ranges do without combustion engines before 2035. But, what does this have to do with hybrid cars? Weren’t these eco vehicles?

what reasons are there

This comes after several European countries have reached an agreement to stop producing them. Among them is Spain, where last year the Law on Climate Change and Energy Transition was approved in the Congress of Deputies, which, among its objectives, included that the date to stop selling cars and commercial combustion vehicles (also hybrids ) was 2040.

Now, why go into the ban on vehicles with hybrid technology? The reason is very simple; Although they are classified as electrified due to their batteries and electric motor, since they have a combustion engine at some point they usually emit polluting elements and hence their prohibition. 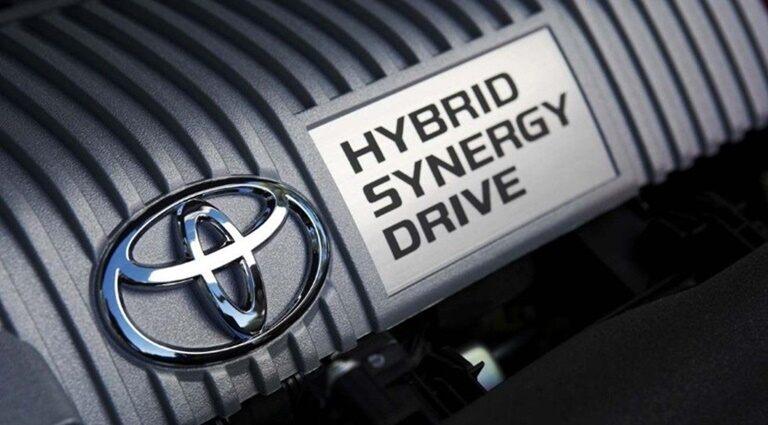 Even in the plug-in hybrids that have a Zero label and that if they are charged every day they could almost always run on electric, they would also be prohibited. These are the ones that can circulate more than 40 or 50 kilometers in zero emission mode and in Spain. For now, an extension for hybrids like the one proposed by the United Kingdom is ruled out.

In those, if the measure goes ahead, it is possible that the ban on the circulation of combustion vehicles, initially planned for 2050, will also be brought forward five years . Some sources point to 2045 as the new deadline for gasoline cars to disappear completely and diesel in the European Union.

Hence, the registrations of combustion cars are paralyzed a little earlier, estimating that the life of a car is approximately 15 years. Obviously, until this happens, this class of vehicles will continue to be on sale for years to come. This ban is for 2035, so there are still 13 years to go.

To tell the truth, what we have with the hybrid vehicle is quite advantageous and profitable, although it usually achieves better fuel economy and lower emissions than conventional internal combustion engines. The emissions of these hybrid cars today are increasingly close to or even below the recommended level , hence they can reduce air emissions of smog-forming pollutants by up to 90% and carbon dioxide emissions to the half.