In our PC we surely have a good amount of installed software, some titles more used or important than others. But something that we find in most of today’s computers, especially those based on Windows , are antivirus.

In fact, along these same lines, we want to focus precisely on this specific software sector. These, as I’m sure most of you already know, are security- focused programs that help us keep the computer safe. We say that they are a program format that we find in most computers, due to their importance.

More if we take into account that these days we spend a good part of the day connected to the Internet. This brings us many advantages, but at the same time, if we do not take certain precautions, it entails some risks . To this we add that in the computer, with the passage of time, every time we save and share a greater amount of sensitive and personal information.

We have already commented on many occasions the need, almost mandatory, to have a program of this type installed on your PC . Of course, although for obvious reasons its installation, start-up and updating is very important, there are certain cases in which all this is not necessary. They are somewhat specific cases but in which we could save ourselves the use of a security program of these characteristics. 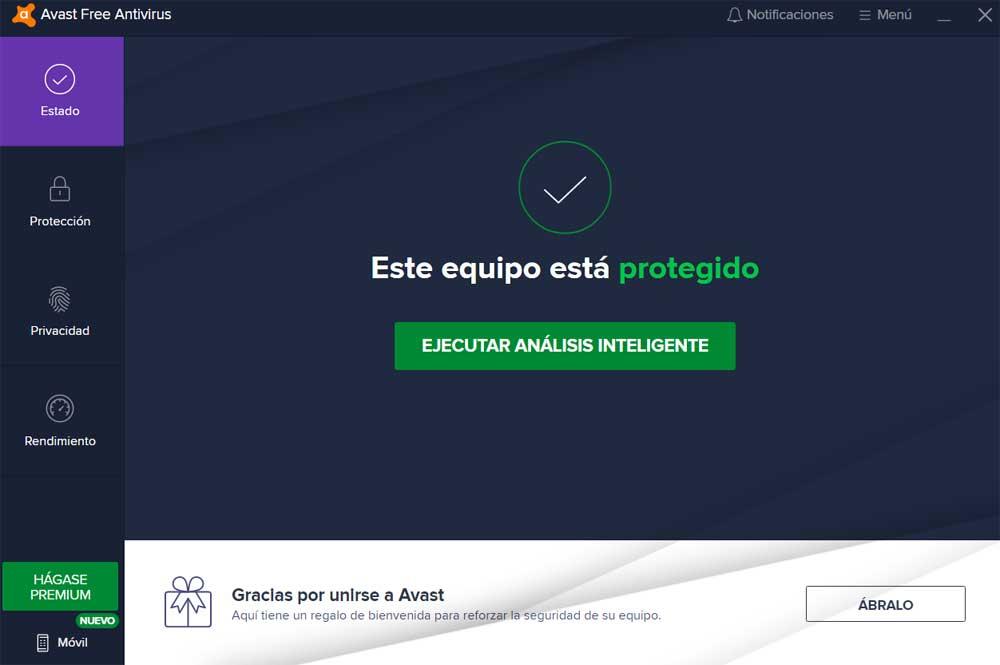 In the event that we work with a PC that does not have an Internet connection , which is rare today, we could consider dispensing with installing an antivirus. The network is one of the main entry routes for all types of malware , hence this possible decision that we could make.

But we must bear in mind that this is not the only source, since viruses can reach us when we connect a USB memory to the computer or a hard disk.

There are users who still think that when it comes to security software, the more the better. That is a mistake that more people make than we might initially imagine. But in reality that is detrimental to the computer as such, and to the software of the same.

More than one antivirus installed on the same system can create serious operational conflicts, which affects the rest of the system. Therefore, the best thing we can do is install an antivirus , the one that interests us the most, but only one.

We can disable antivirus if they consume a lot of resources

One of the biggest drawbacks of this type of program in particular is that sometimes they consume too many resources on the PC . This is something that is especially evident if we work with an old PC or somewhat limited in terms of internal specifications.

That is why, in certain cases in which we need to get more out of the computer for whatever reason, we could do without this security software . Therefore, the best we can do is deactivate it, although we recommend that you only do it temporarily.

On a PC with an alternative operating system to Windows

In the same way, it can also be the case that we dispense with using Microsoft‘s Windows system, and do not opt for any of the many existing Linux distros. In that case, and mainly due to the low rate of attacks that these computers suffer, we could dispense with a security program if we wish. Something similar happens with computers based on macOS.

With everything and with it something that we must know that in these alternative operating systems to Windows, the risks of suffering an attack are not completely null.