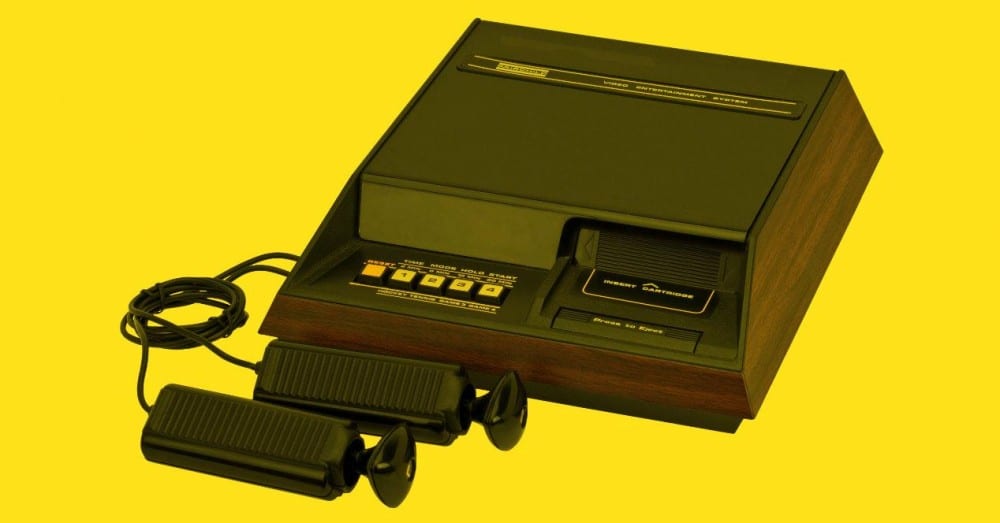 Fairchild Channel F was one of the most important electronic entertainment systems in the history of video games. One that changed forms and arguably gave way to the second generation of consoles. However, even to this day she remains an unknown. As much as its responsible.

At the beginning of the 70s the concept of electronic entertainment within the home began to gain traction. Thanks to the arrival of proposals from manufacturers such as Atari, Magnavox, Coleco, Nintendo, Sega, etc. the world of video games was expanding and becoming accessible to everyone from their own homes and not just in arcades.

However, among all those moments of revolution there was one that is unfairly omitted on numerous occasions: the creation of the Fairchild Channel F , a console that changed the history of video games and few know why or who was responsible for it. that happened.

The Channel F or Fairchild Channel F, as it was really called, was a video entertainment system that was launched in November 1976. The price at that time was $ 170, which with inflation has nothing to do with current $ 170 that would cost you something right now. But that aspect aside, its price was not what really attracted attention and gave way to what is known as the second generation of consoles.

This was the control knob for Channel F

With some 250,000 units sold, Channel F’s greatest success was none other than allowing a product for which it could be programmed, which was powerful and which also allowed the use of interchangeable cartridges. These at that time were known as Videocart and the price of each of them was around $ 20.

These cartridges were really the great success and even innovation of a system that broke what had been done until now. Because it allowed to have a catalog of games in continuous expansion. Something interesting because it did not limit you to a list of fixed titles and gave the freedom to pay for the one you really liked or were interested in playing.

Exactly, thanks to this possibility of acquiring new cartridges and technical characteristics such as its Fairchild F8 microprocessor at 2 Mhz and 64 bytes of RAM, they made other brands begin to look in more detail at the work carried out. And one of them was Atari.

Atari needed to take a step forward, because it began to see how the market was stuck, how users got bored of always having the same games. So when he saw Channel F it was clear to him, they would do something similar. Hence the Atari Video Computer System was born, a console that no longer needs an introduction and every fan of the world of video games who enjoys retro knows it.

Jerry Lawson is the unknown creator of Channel F, although it doesn’t hurt to go back a bit in time to find out how he came to meet that prototype that would later end up becoming this particular console.

It was two years before its launch, in 1974, when two Alpex Computer Corporation employees, Wallace Kirschner and Lawrence Haskel, were working on a prototype home gaming system that was supported by an Intel 8080 processor plus a set of interchangeable boards. where the video game code was stored in a ROM memory .

They were clear about how they wanted to do it, but they lacked support. This is how they contacted the Fairchild company to see if they would be interested, they bought the product from them and they finished shaping it. Well, Jerry Lawson was an engineer and worked for Fairchild. So it was him who was tasked with reviewing the product and seeing if that prototype had a solid foundation to become commercial.

Lawson was frankly surprised when he saw the system, so he did not think twice, gave his approval to the purchase and was in charge of leading the Fairchild team that would end up creating Channel F. So that led him to be considered as the inventor game cartridges.

The failures of the beginnings

Why doesn’t Channel F appear any more when talking about the history of video games, retro consoles, etc.? Well, the question has a more or less simple answer: you could have your initial management failures. And we do not refer to the product, but to the management as the patents of the published games.

Channel F had a total of 27 cartridges or videocarts, but the first titles were not patented and that allowed numerous clones to be created. When cheaper proposals appeared that offered almost identical games except for the names and some minor details, they caused the possibilities of Channel F to remain a little in the background.

So time passed and what could have been a great console was relegated to a secondary role in history. As much as it was the precursor of the second generation of machines in history. Even the second version failed to fly back.

Regardless, the console is still one of those treasures that many fans are still looking for today through auctions, second-hand websites, etc. So, as you can imagine, if by any chance you come across one of these consoles at the home of a family member, friend or store and you can get it, do so.

Once you have it, first try it and experience that leisure proposal. Second, if you are not an avid collector of all of this, you may have a chance to get a good deal on it and sell it to anyone interested in a retro heirloom.