Gone are the days when programming in plain text programs, without help. Today we can find incredible programming environments, or IDEs, that help us to chop code is as bearable as possible. Although there are many programs designed to facilitate the task of programming, there is one that stands out from the rest and that has more and more followers. We are talking about Visual Studio Code , Microsoft‘s multi-language and cross-platform programming IDE.

The launch of Visual Studio Code marked a before and after within Microsoft’s prestigious Visual Studio brand. This code editor was the first open source program to use the Microsoft programming platform name. And not only that, but, for the first time, it was not linked to Windows, but can be used (thanks to the addons) to program in practically any programming language, with its respective aids, syntax highlighting and much more. Microsoft has just released version 1.60 of its programming IDE . And this comes with a large number of improvements, news and new functions that we are going to see below.

The first of the novelties that we can find in this programming IDE is the automatic detection of the language . Regardless of the program configuration, when we start programming from scratch, or paste a code snippet into the IDE, it will use machine learning to identify which language is being used, and it will automatically switch to it. In addition, if we do not have the extension of said language installed, Visual Studio Code will allow us to install it automatically through a pop-up that will appear at the bottom. 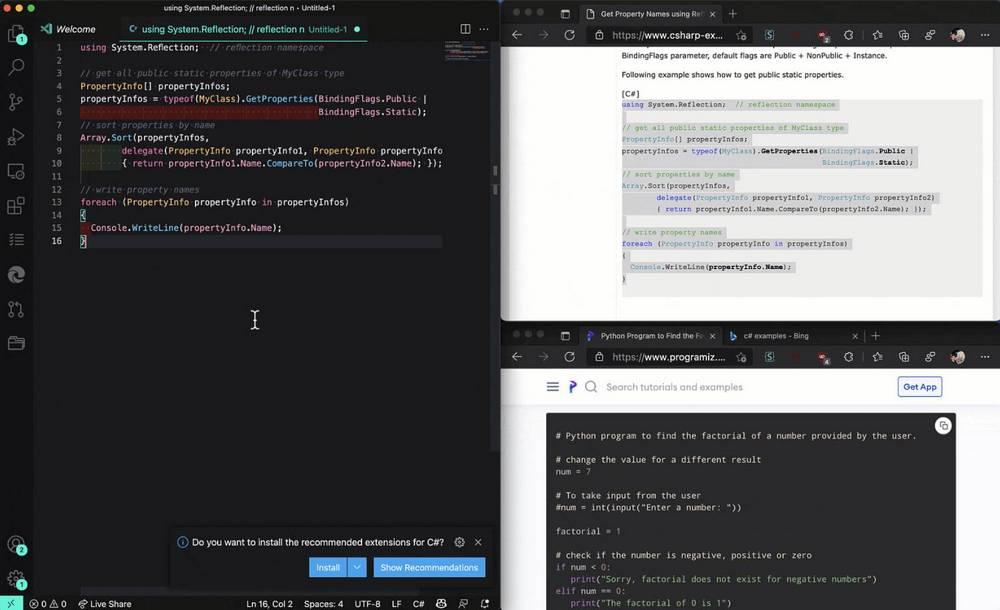 Microsoft has also wanted to simplify the reading of configuration files , and has added a new, clearer syntax highlighting for configuring code blocks.

Other interesting news that we can find in this new version of the program are:

Visual Studio Code is a completely free and open source program. Any user, both Windows, Linux or macOS, can download the latest version of the program from the following link to their website . The installation of the program is quick and, in addition, it is free of all kinds of advertising, adware or unwanted software.

If we already have the program installed on our computer, we can update to this new version without having to download it from the “Help” section in just one minute. And, once the new version is installed, we can start enjoying all its improvements and news. 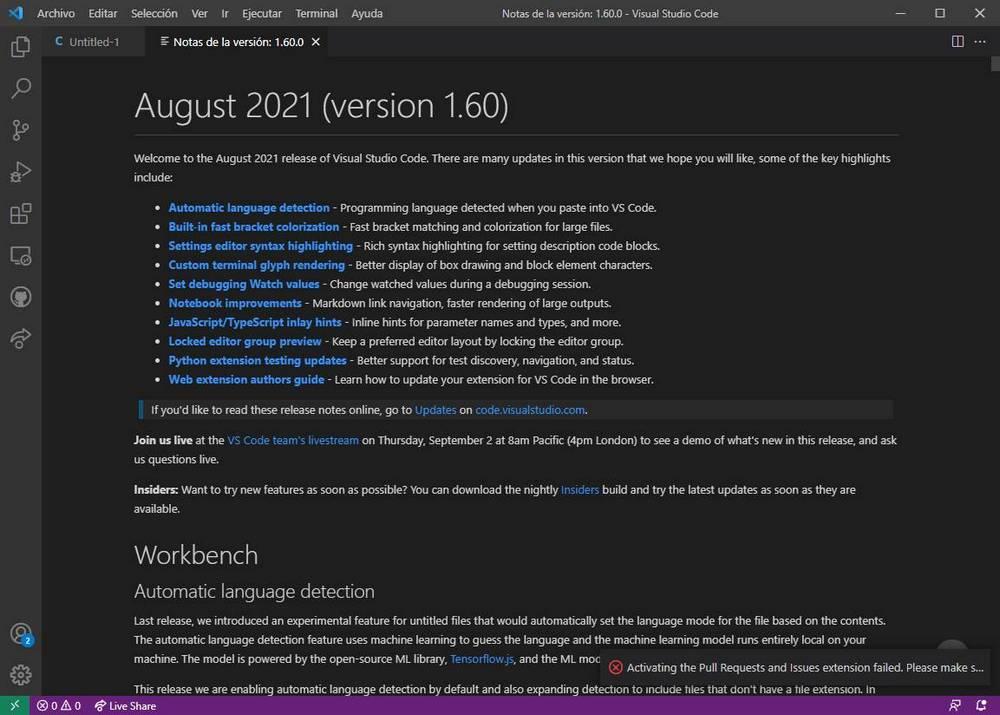 If you are a programmer, or a simple hobbyist looking for the best code editor, don’t wait any longer and install this new version of VS Code now.