We live in troubled times, times where technology has suffered a major slowdown and where its markets are being hit by the coming crisis. One of the markets with the most questions is undoubtedly that of Virtual Reality for gaming, a segment that is in continuous tightrope and that is difficult to summarize, does it have a future, has its time passed, will it continue? Let’s try to shed some light on this whole thing.

Multimillion-dollar sums, large cache companies, and status behind projects that have mostly failed, and constant spending of money that doesn’t end up being rewarded by users. This seems to be the current scenario of a technology that for some reason does not reach the general public. Reflection is a must and has so many fronts that we may not find an answer.

Present, future or past? This is the Virtual Reality for gaming currently 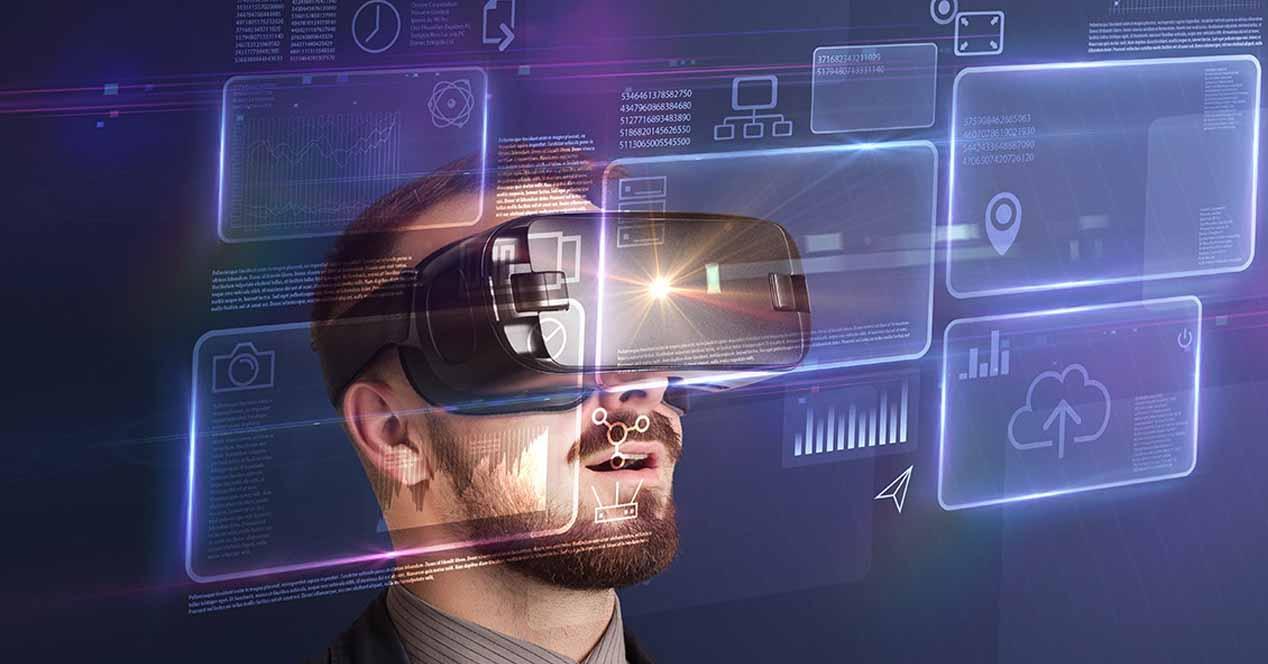 You can’t make a prediction or just try if you don’t look back earlier. The Virtual Reality market begins to closely resemble that of 3D, since it started with a large number of companies behind where support seemed massive and where even Facebook was interested in this new “digital age”.

For now, Facebook has had enough failures with different technologies and even Oculus as such does not face very good sales due to current competition. Samsung has already stuck its corresponding bump with Gear VR, SONY is surviving as it can with PlayStation VR (very poor figures considering the number of consoles sold) and other companies such as HTC are also not having benefits to ensure survival in this business.

If we look at Valve with its Indexes, the trend is not far from the rest of the companies. His glasses are difficult to get and they are also very expensive, making Virtual Reality for gaming a very specific niche that few access. 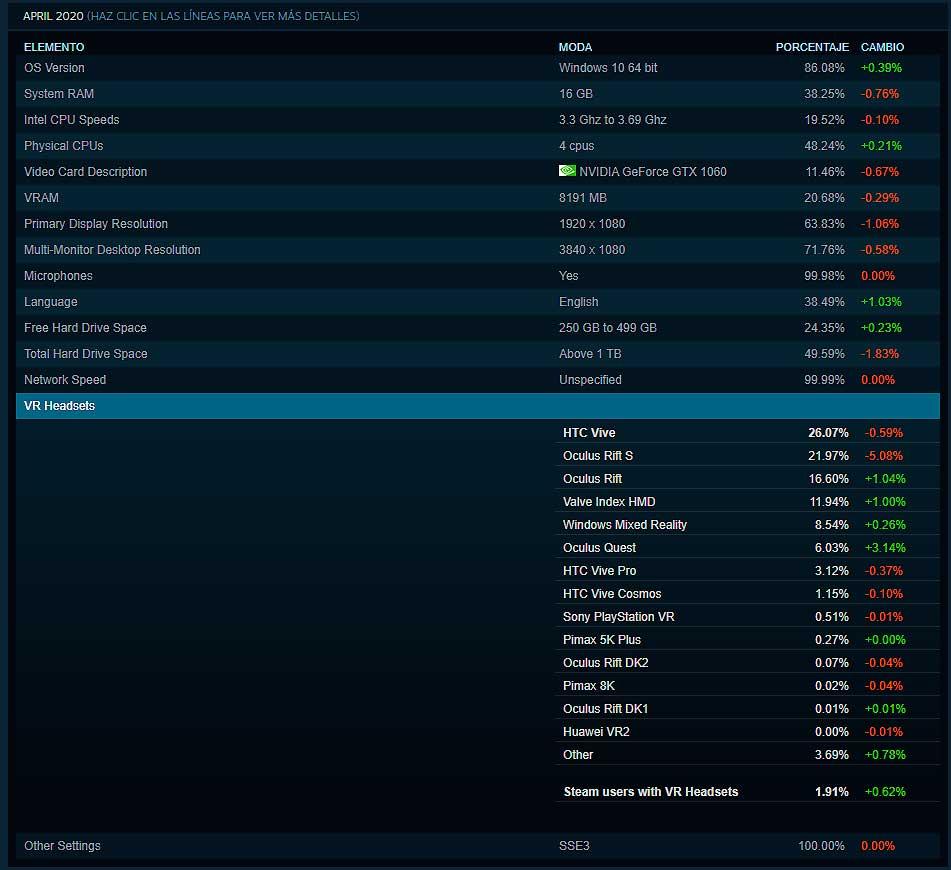 The typical Steam hardware survey shows reality on a platform that is currently unrivaled: less than 2% of users have Virtual Reality glasses or devices. The first conclusion is obvious, it is a technology that does not reach the bulk of the players and here we can begin the main argument about Virtual Reality.

It would take a scout of the market to understand the problems of this industry, but the main one seems to be the price. The vast majority of VR glasses are extremely expensive and if we add various accessories to this, the price costs more than the PC of the vast majority of users.

A second factor regarding this is that many users find this type of device uncomfortable. Expensive and uncomfortable is not a good formula to attract customers and although the glasses evolve at a good pace, the format is still very similar and the weights do not improve much either.

Size is another of the key points, they are very bulky and this also affects ergonomics or simply the space needed on a desk to leave them on standby. In addition, a very large space is needed to be able to play with guarantees and here comes another argument well heard by the community: the game experience itself.

Many users end up dizzy for different reasons: FOV, visual acuity, distance from the screen and even the positioning of the audio compared to what is being seen. If this already causes many to decline to buy Virtual Reality glasses, the industry is not doing much to make things easier either. 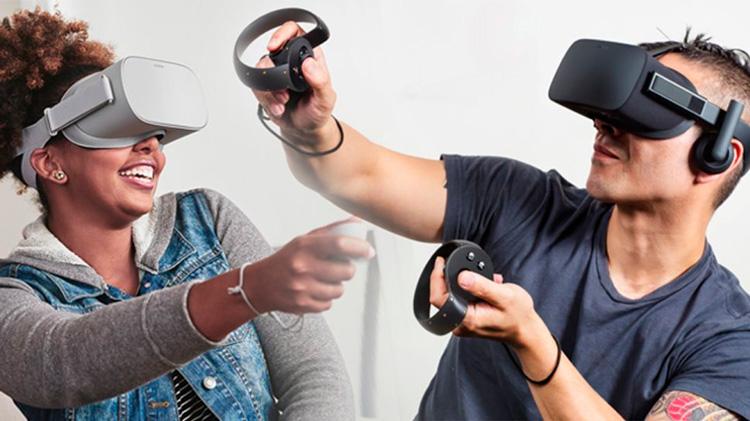 The industry as such should sit down and talk long and hard about various standards that simplify the market and set the pace. Currently and as far as is known, there is no wireless video standard for Virtual Reality for everyone (Intel WiGig tries it), there is no kind of Bluetooth that unites all the glasses and that from the PC brings everyone together around themselves beginning.

The video game industry is also not clarifying or setting standards to make the largest number of Virtual Reality glasses compatible with its engines and games. This would be a first step for developers and manufacturers to set the guidelines for compatibility as it is set for the “standard” resolutions of gaming monitors or for the video output ports of the GPUs, or the APIs with which they will to work.

Finally, the hardware requirements continue to evolve and in order to achieve a high FPS rate for the latest models of Virtual Reality glasses, a better PC is always needed, that is, to invest more money.

Although everything seems negative, Virtual Reality has many good things and it is a sector that generates billions annually. The biggest problem is that there is no consensus, there is no revolutionary enough technology that allows costs to drop, comfort to increase and immersion to be much better.

It is currently in no man’s land and that is really dangerous, perhaps the new consoles with their greater power promote a little more the fact that such a device comes into the house for an adjusted price, with closed standards and that it is Plug and Play, something that many claim as such.

Curiously, they could be the promoters and saviors of technology, where if not, the steps taken do not seem to solve the problems discussed above and it may be that current projects end up in oblivion waiting for better technology to re-drive sector such as holographic.