Internet Explorer has long been one of the most important and widely used web browsers in the world. His domain became even higher than that of Google Chrome today. This was the star browser installed by default on Windows. However, Microsoft did not know how to keep its browser up to date and provide it with the latest news requested by users, letting itself eat up the field in this sector in a very short time. Like any other software, if we don’t want to run risks, it is important to keep this software always updated. And then we show you how to update Internet Explorer. Internet Explorer was developed by Microsoft in 1995 exclusively for Windows operating systems, and was first included in the Plus! of Windows 95. With this browser, the company aimed to dethrone Netscape and offer users an independent and iconic default web browser. In the years 2002 and 2003, IE reached its peak of market share, capturing more than 95% of the entire browser market.

Lastly, Internet Explorer 11 first appeared in 2013, with the release of Windows 8.1. This version was a desperate attempt to regain lost market share to Windows 11, adding many compatibility improvements and incomplete features.

The failure of IE 11 made Microsoft rethink the entire strategy with its browser, shelving its browser, launched more than 20 years ago, and presenting users with its new browser, Edge, in 2015. Which did not have a good time until the release of Edge Chromium when, finally, it seems to have hit the mark.

Microsoft’s web browser has long been defunct and unsupported. Therefore, there is no official way to download and install this browser on our browser. However, there are still platforms that are dedicated to preserving this software as part of the history of the Internet.

The best place to find any version of the browser is the Internet Archive . This is one of the largest non-profit Internet platforms whose goal is to preserve historical software and allow any user to access it. A simple search, like the one we find in this link , allows us to download from version 3.0 of this browser to the latest version, 11. Versions 1.0 and 2.0 of IE are already more complicated to find, since they were not distributed Independent. Therefore, to use them, we can only do it through a virtual machine, installing Windows 95 and using the browser that came by default (and thus see what its icon was like before using the classic blue letter “e”). 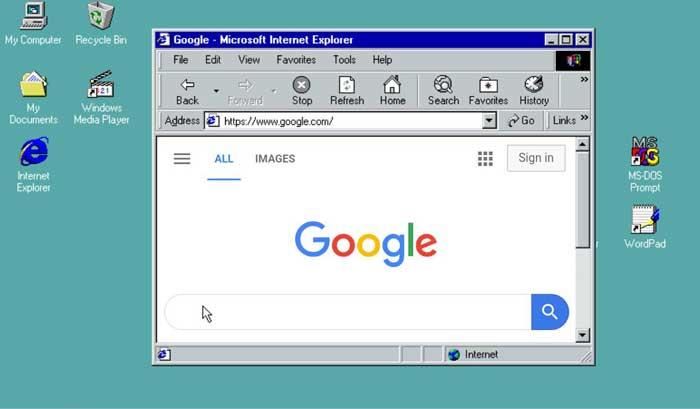 Another alternative to download these old versions of the browser is to do it from the OldApps portal, which we can access from this link . The best thing about this portal is that we will find the “beta” versions and all the browser updates, as well as the specific versions for each version of the operating system. In this portal we do find version 1.0 and 2.0 of Internet Explorer.

If we use an old Windows, and it has a very archaic version of Internet Explorer, we should know that Microsoft no longer allows us to download any version of the browser, just like that, but only allows us to download Internet Explorer 11 for Windows 7 . For the other Windows we will not have official downloads available (although we can use the websites previously seen to download other versions). In addition, Microsoft reminds us that support for IE’s days are numbered, so we should think about switching to the new Edge anyway. 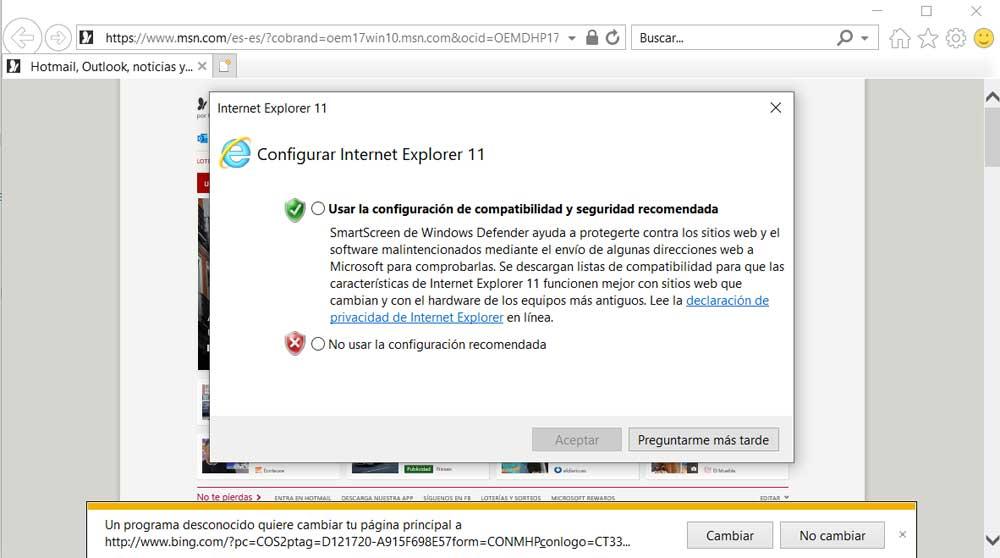 If we use any other version of the browser, or of Windows, then we will have to update our web browser through Windows Update . One of the advantages of IE, compared to any alternative browser, is that its updates came through the Windows Update Center when there were serious vulnerabilities, just as it happens with Windows. Therefore, a search for updates, and their respective installation, will allow us to update the version of IE used.

If Windows Update does not work, we remind you that we can also access each and every one of the patches released by Microsoft for the operating system at this link to the Microsoft Update catalog .

As we have explained, although it has been an Internet giant, today IE is finished. Microsoft has already thrown in the towel with its classic web browser (even with its successor, the classic Edge), and now the company has all its efforts put into the development of the new Edge Chromium. Using Internet Explorer today not only poses a danger to our security (given the many vulnerabilities present, especially in versions prior to 11), but also many websites will not work with this browser, or will not load the all good.

That is why, for some time now, it has been advisable to forget about IE (although it is still installed on all versions of Windows except Windows 11) and start the company’s new web browser.

The new Microsoft Edge can be downloaded completely free of charge at this link . Of course, we remember that the latest versions of Windows 10, and Windows 11, already have this browser installed by default. And updates to it will now be installed automatically as soon as they are available, even if we don’t have the browser open. And, if not, we can force them by entering the Help > About Microsoft Edge section, from where it will search for new versions and, if any, download and install them automatically.

In addition, we remember that Edge has an Internet Explorer mode, thanks to which we will be able to use the Microsoft browser engine to load websites that may be incompatible. Of course, there is no single excuse not to update Internet Explorer to this new browser.