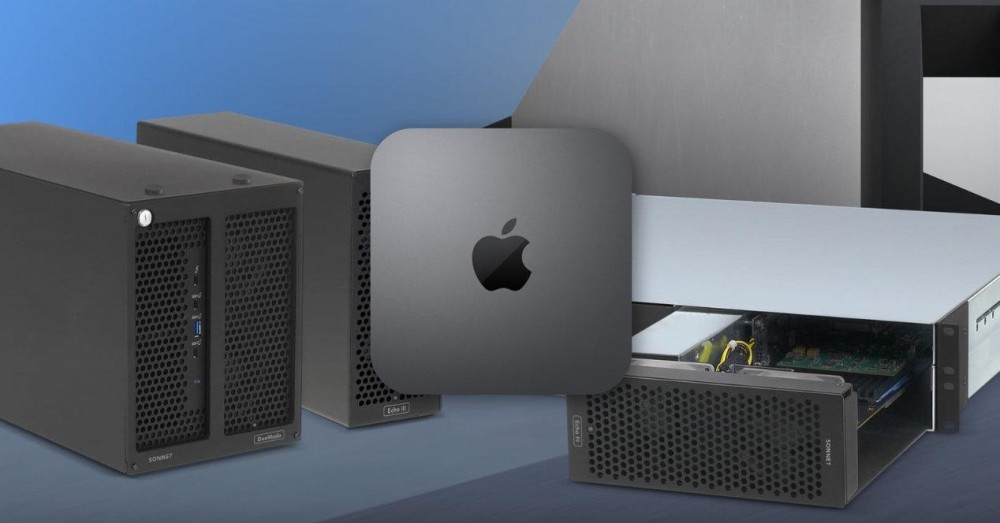 While some users are still waiting for Apple to launch new computers with Apple Silicon processors, and especially those that would replace the more Pro range, Sonnet launched different devices from its DuoModo range with which you could turn a Mac mini into a mini Mac Pro .

Sonnet DuoModo, a shortcut to the mini Mac Pro

Cases designed to give Apple computers more graphics power through the use of eGPUs as well as more connections and even storage are nothing new. They have been in the market for some time, although their popularity has not grown in the way that many imagined at the beginning of their presentation.

Nowadays there are few manufacturers that continue to bet on this type of expansion solutions, but some like Sonnet are able to offer very attractive proposals, especially these from its DuoModo range that are designed in particular to be used together with the Mac mini, both with Intel processor like M1.

This range is made up of three different products in terms of possibilities, although they all seek essentially the same thing: to turn Apple’s smallest desktop into a much more capable computer than it is standard.

The first of these is the xMac mini ($ 499) and it could be considered as the base device of all. This is where the Mac mini goes and adds a series of benefits at the hardware level that expand Thunderbolt connections (an internal and an external TB3 connector of up to 40 Gbps), USB C (two USB 3.2 connectors at 10Gbps), USB A 3.2 (one internal and one external up to 10 Gbops) and storage options. To be exact, two M.2 drives can be installed with a total of up to 16TB.

The second is the DuoModo eGPU ($ 599) and as you can guess it is an external graphics that has the ability to accept full-size cards. This way you will not have to worry about whether or not it will enter the box as it happens with other solutions on the market. In addition, the power supply offers up to 800W of power.

And finally, the third device is the Echo III module ($ 699). This offers the possibility of connecting up to three PCIe 3.0 cards, one 16x and two 8x. As for power, it offers 400W and adds two Thunderbolt 3 connections as extras. This box is compatible with Apple computers with M1 chip.

With the joint use of these devices, the Apple Mac mini became a much more complete computer, sometimes close to the idea of a mini Mac Pro that would avoid making an investment as important as acquiring one of the current desktops more top of the brand.

If the three Sonnet boxes are already interesting in themselves, the two extra options they offer to use them together are even more so. Especially the Sonnet DuoModo that allows you to use the xMac module with the Echo III or eGPU.

This makes the Mac mini look even more like a mini Mac Pro and makes it easy to transport and position the device as if it were a mini tower PC.

So, if you were looking for a way to have a more capable Apple desktop than what is standard and without the need to go to the higher-end model, the Mac Pro, this could be an interesting solution. Of course, it is still enough for you to use a Thunderbolt 3 Dock such as those from CalDigit, OWC or similar.