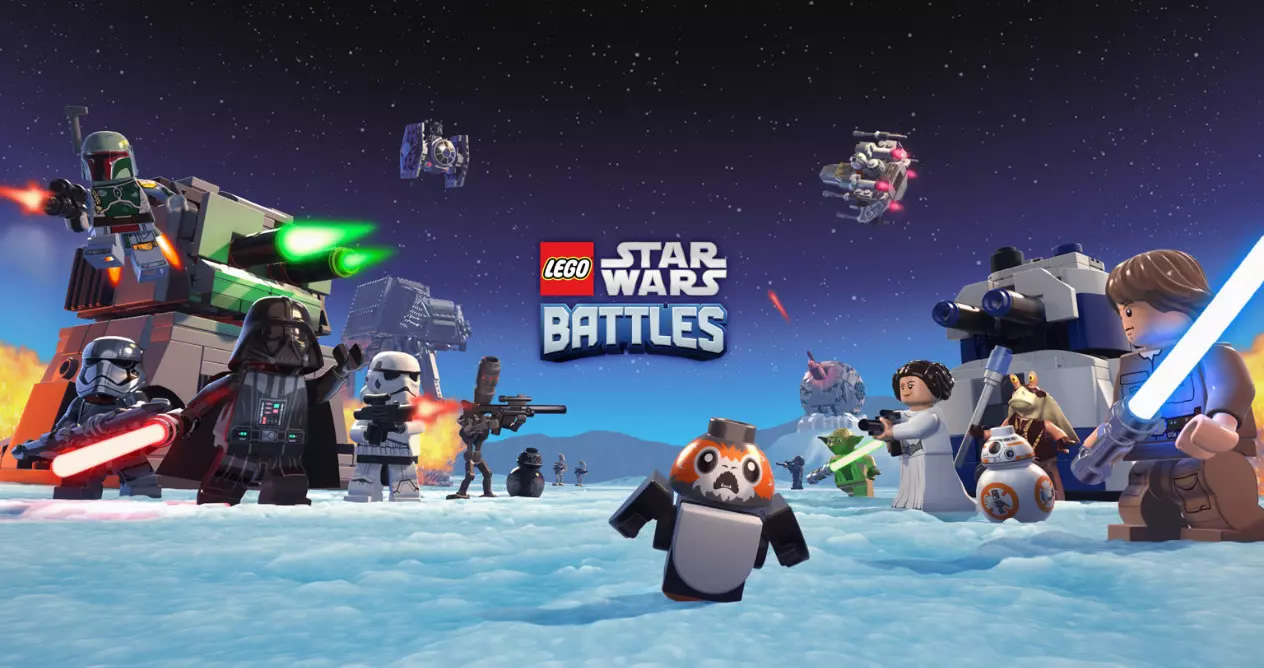 LEGO Star Wars Battles is coming to Apple Arcade soon . Apple’s subscription gaming service will receive an interesting addition that will help the difficult task of continuing to add new users. Because, as much as they say, the service could be much more than it is right now if you take into account the company’s user base.

Apple announced the arrival of a new game to Apple Arcade, its subscription video game service for iOS, iPadOS, tvOS and macOS devices. Something that would not be a great novelty if it were not because it is a game based on the Star Wars saga and because it had already been released before.

LEGO Star Wars Battles is the name of the video game that TT Games Brighton and Warner Bros launched in 2019. The beta game was active for months, until on July 1, 2020 it closed its servers. Since then many thought that it had been definitively canceled, but it was not.

Now it returns as an exclusive to Apple Arcade, Apple’s subscription game service that it should be remembered that it has a cost of 4.99 euros per month. By paying this fee, you currently access a catalog made up of more than 200 titles that are free of both advertising and integrated purchases. These two aspects make that if you play a lot on your iPhone or iPad mainly, it is worth paying for it. Either individually or taking advantage of a pack of available services.

Returning to the title itself, LEGO Star Wars Battles is a tower defense type proposal where players can combine different characters as well as characteristic elements of the saga, such as vehicles, weapons, etc. All this, of course, with the unmistakable touch of creating a universe like Star Wars based on LEGO blocks and their particular characters.

Thus, as a real-time strategy game, what you have to do is create your own army or team that will have to compete against that of other rivals in order to defend its position or destroy that of the rival before doing the same with yours. That is, the same thing that you can see and enjoy in better-known proposals such as Clash Royale or similar, only with LEGO figures and based on Star Wars.

To achieve this you can build your LEGO towers on the battlefield, advance through the different battlefields conquering areas of your opponent, use a total of 40 units ranging from AT-AT, Y-Wings, TIE Fight, etc. Also use the strength of characters like Luke Skywalker or Dart Vader as well as enjoy the atmosphere that the Star Wars saga allows.

How to get LEGO Star Wars Battles

The release date of LEGO Star Wars Battle is not confirmed, but if you access Apple Arcade you can already set to be notified when it is available on the service. To do this, you just have to go to Apple Arcade through this link , click Notify me and that’s it. You can play it on the Mac, iPhone, iPad and Apple TV. While it does not arrive, what you can do is play these recommendations of games available in Apple Arcade.

What you do have to keep in mind, although you may already know it, is that you need an active paid subscription to the service. For the rest, although LEGO games may not appeal to you much up front, we invite you to give it a try.

In the past it has happened to us with many of his proposals. Initially they seemed more designed for the little ones in the house and not so much for the older public, but later they are enjoyed the same or more. After all, many of us have grown up playing LEGOs and watching Star Wars movies. So enjoy.