Not all the appliances and devices we have at home consume the same, far from it. There are some that can represent a very important part of our monthly bill. Others, on the other hand, barely spend. In this article we are going to talk about those who devour electricity consumption . Sometimes they go unnoticed and we think they don’t spend that much, but when we see it in figures we realize that they really do spend a lot.

Electrical devices that spend a lot 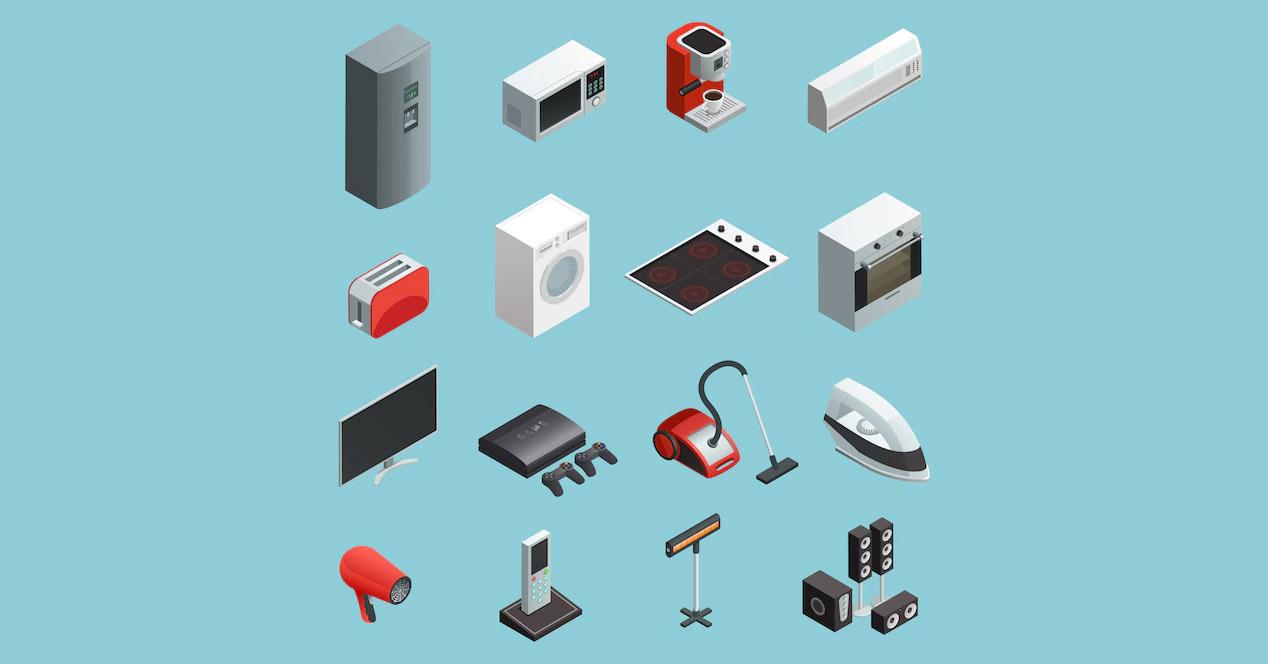 Keep in mind that there may be differences between users. In other words, someone may have an appliance that consumes much less than another because it is more efficient, uses it for fewer hours, or has it configured to use less electricity. However, we can do an average taking data from the OCU and other organizations such as Eurostat.

It is an appliance that we all have at home and sometimes we are not aware of the expense involved. In fact, according to Eurostat reports it represents 22.4% of total energy consumption . Approximately 662 kWh per year consumes an average refrigerator. Some reports even indicate that it exceeds 30% in some homes.

Without a doubt, it is a device that will devour our electricity consumption. We may not really be aware of what you spend and how we can try to save. So here are some tips for you to keep in mind:

It is also very common to have a dishwasher at home. And yes, it is another electrical device that will represent a significant part of the electricity bill each month. They are household appliances that, although they are not always on, as is the case with the refrigerator, when we start it, it needs significant power to work. According to the OCU, it represents 8.3% of the electricity bill .

How to save with the dishwasher? Some common sense is to try to put it only when it is full and thus take advantage of the resources. But it’s also a good idea to avoid the hottest shows, since that’s where you consume the most. Therefore, if you use ecological programs, half load when necessary, you will be able to save on the electricity bill. Have you ever thought about how much you consume television? It is another device that needs to consume enough to work. In addition, you may use it for many hours a month. According to the OCU, 8.9% of the bill is for television. Other reports indicate that it even reaches 12%, according to the household.

Of course, here we are going to find important differences between one and the other. It will depend a lot on the type of screen, the inches and the use you give it. You can take into account some simple tips to try to save light with television:

The sum of Stand By

In this case, we are not dealing with a device that consumes a lot of electricity without knowing it, but rather the sum of many things. It is what is known as phantom consumption and they are basically devices on Stand By, plugs, chargers… All of this is going to be consuming electricity even if we believe that it is not.

What you should do is avoid leaving things on, even in Stand By, if you don’t need them. For example, the television may be consuming even though you think it is off. The same with other devices, plugs, chargers… It is important to keep track.