Laws are often several steps behind technology. Criminals know this, so when something new is invented, they usually have some leeway before regulation. What would happen if you were the victim of some kind of crime in the metaverse? If you went to the police… would they understand you, or would you think you’ve escaped from a video game and are disoriented? To avoid this, one of the most important police forces in the world is already working in the metaverse to train its agents. And, believe it or not, it’s the sensible thing to do. 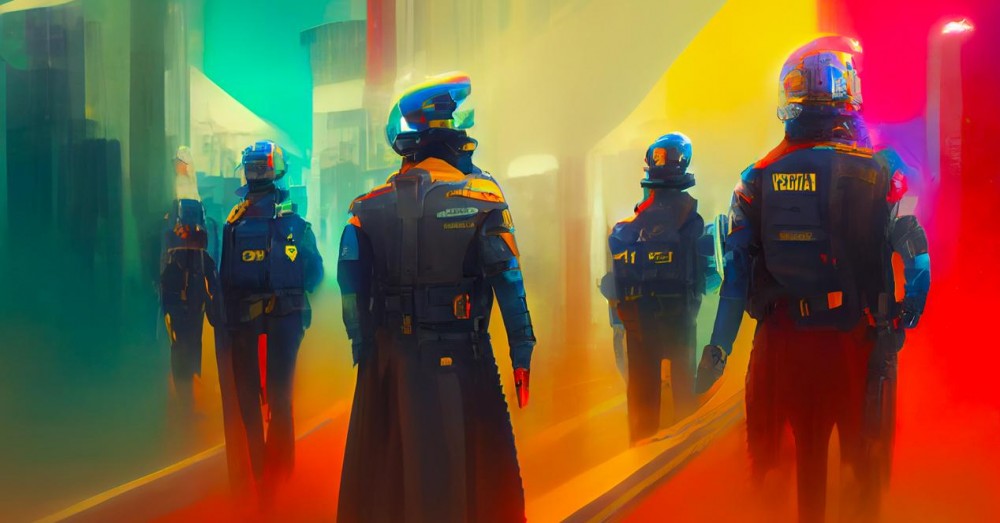 Interpol just arrived in the metaverse

The metaverse is for many a place of leisure in which to interact with other people who are far away. However, you must not let your guard down at any time. As soon as the popularity of virtual worlds increases, they will be filled with criminals , as has happened many times with other disruptive technologies.

What risks does the metaverse have? How can cybercriminals act there? Well, that’s what the International Criminal Police Organization, better known as INTERPOL, wants to know.

To protect us, they first have to understand us

Taking advantage of the 90th Interpol General Assembly in New Delhi , this organization has agreed to launch the world’s first police metaverse . The idea behind this is that law enforcement from all member countries of this organization can access a virtual environment to understand how virtual worlds work.

Agents will spend hours within their controlled metaverse to study the ways criminal masterminds might act. In this way, not only could they identify the way in which criminals could commit serious crimes that are already committed on the Internet (scams, threats, drug distribution…), but they could also study the new types of crimes that they can be born within the framework of the metaverse . This information will serve to protect people who connect to virtual reality.

One step ahead to cooperate with governments

In the assembly itself, Interpol has already made a list of the most important crimes that must be studied and prosecuted so that they are not committed in the metaverse. What worries this entity the most is that criminals may find a new way to commit crimes against children, just as it is worrying that virtual reality is used to commit financial fraud on a global scale.

However, the list of crimes is quite large. Interpol has also focused on the theft of private information, ransomware , fishing and document forgery. They have also shown concern that the metaverse could foster new forms of sexual assault and harassment.

Of course, agents will not work alone. It would be nonsense to connect hundreds of officials to virtual reality without a guide. The organization will work closely with a group of experts in the field .

Although it may seem a lie, Interpol is not the first police organization that works with the metaverse. Shortly before, the United Arab Emirates police had already announced an identical service for their police officers.